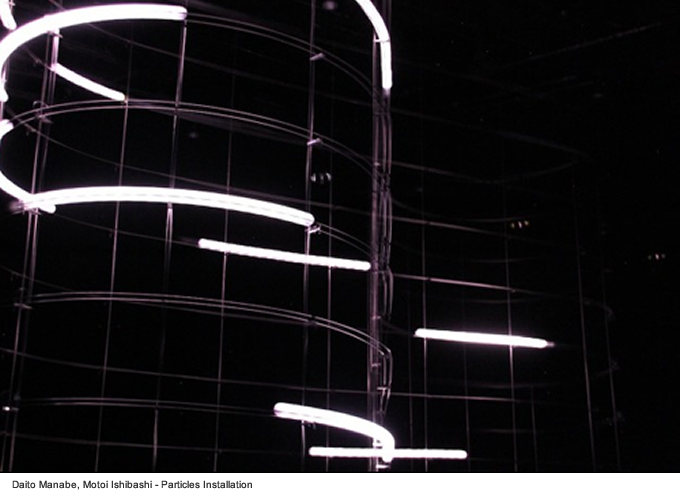 OFFF, the international festival for web design, graphic animation and post-digital culture, is back to Barcelona. It is not back because it has not reached its goals during its three years abroad, like Ivàn de la Nuez, director of the the Department of Cultural Activities of the CCCB Center of Contemporary Culture , wants to point out. To claim the authorship of such a successful event is perfectly comprehensible, but it is also coherent with the politics of a city which tends always more to be a brand of industrial culture, disadvantaging in many cases the minor artistic trends, even if they are significant and committed.

The image of his year’s edition, considered by the festival one of the best of all times, is based on the “Year Zero” theme, a post-apocalyptic scenario conceived by Ignore (http://www.ignorethisweb.com/), who also created a false trailer on the web site http://www.barcelonayearzero.com/. The aesthetics is inspired by Hollywood trends, which other than disaster movies, now have fun serving up the post- catastrophe scenario. We hope that any possible metaphor and reference to real moods is not entirely casual. 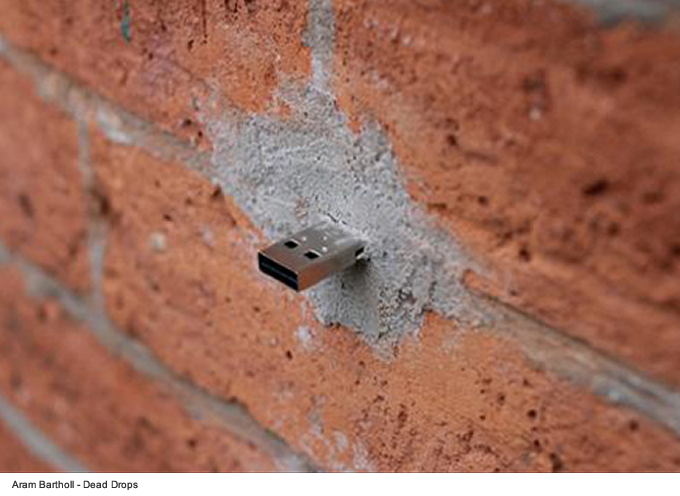 It is more than well-known that the production of such an event as OFFF cannot take place in a few weeks, but this year, very close to Plaça Catalunya and having in mind images of the police fury against pacific demonstrators in many Spanish cities and the dramatic forecasts foreseeing a world always more persisting in abolishing normal citizens’ fundamental rights, entering the CCCB you felt like you were in another world in the less right moment. In a moment when reflecting, among other things, on how the right to an escape almost became an aegis behind which to hide and run away from our responsibilities not only as individuals but as members of a society, became particularly urgent.

The space of the Center of Contemporary Culture, which in normal conditions is intimate and welcoming, even if new spaces have been recently opened, has literally collapsed under the weight of this edition full of celebrations of technique, in many occasions at the detriment of the message. Events taking place at the same time, screens multiplication and high quality streaming were not able to avoid queues, “no entry” zones, and fair complaints. Fortunately all things considered the audience was patient, maybe because it was mainly made of young foreign designers full of dreams, who took advantage of the waiting times to get to know each other better and discover that they share the will to work in an agency where they do “more creative” .

This festival edition which only used English for conferences and the advertising material, was certainly aimed at them, a choice which eliminated from the potential audience more than a half of Spanish people, but which is in contrast with the great attention towards Iberian people. The festival invited international talent scouts and offered the local agencies the possibility to introduce their work both during the Open Room program and on the free stage of the Speaker Corner, dressed in the open space dedicated to socialization, to restaurants and the lively little market. 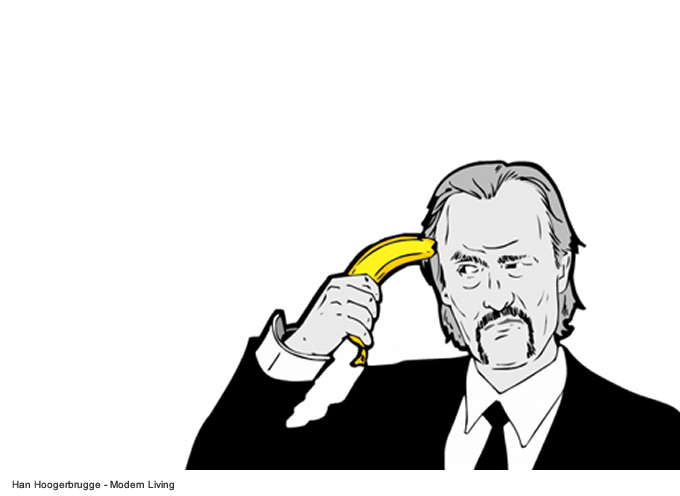 In any case, this selected but still huge audience, 2.500 people in three days, was not disappointed by the rich festival program, for sure: Erik Spiekermann, Eboy, Stefan Sagmeister, Marian Bantjes, The Mill, Soon in Tokyo just to name a few. Examining the program, those who are looking for less commercial proposals could meet here and there weird people of particular interest, for example two contemporary icons like the Dutch Han Hoogerbrugge (http://www.hoogerbrugge.com/), famous for his animation for more than ten years now, and the American Aaron Koblin (http://www.aaronkoblin.com/), known experimenter of new technologies for the Web, the most wanted of our time.

Meeting Han Hoogerbrugge in person is like suddenly running into the incarnation of the character in suit and tie which we have always followed in the cyberspace. His self-portrait appeared for the first time on the web in 1996, in the Modern Living series, initially created in animated gifs and later in fast Flash animations. Without pretending to add a complex interactivity, Han was hiding behind a simple clic the most neurotic and absurd implications of the apparently ordinary moments of human existence. During the years, his works undergone an evolution which never deprived them from their trademark: black humour, linearity of the stroke, the main characters and their idiosyncrasies. Hotel, for example, suggests the exploration of a mysterious space run by a diabolic doctor and populated for the first time by many characters. Pro Stress, his latest work, goes back to the only and autobiographic character, suggesting day by day short satiric strips on news facts.

These artworks, even if they have always been designed by the artist without getting money from it, have drawn the attention on his sharp and personal style, providing him commissions like the viral movie series for MTV or the music videos for artists like The Young Punx, Pet Shop Boys and Dead Man Ray, and making him one of the best authors who dedicate themselves to smart entertainment on the web. Recently Hoogerbrugge also came out from the virtual world, not only creating objects, postcards, stickies, t-shirts and books, which he loves the smell of, exhibiting his works in many spaces dedicated to art, like Le cabinet in Paris or Sala Parpallò in Valencia. In this occasion, he could test the effect which his animation have when they are introduced on a large scale, but unfortunately he did not experiment forms of interactivity which go further than the mouse click. 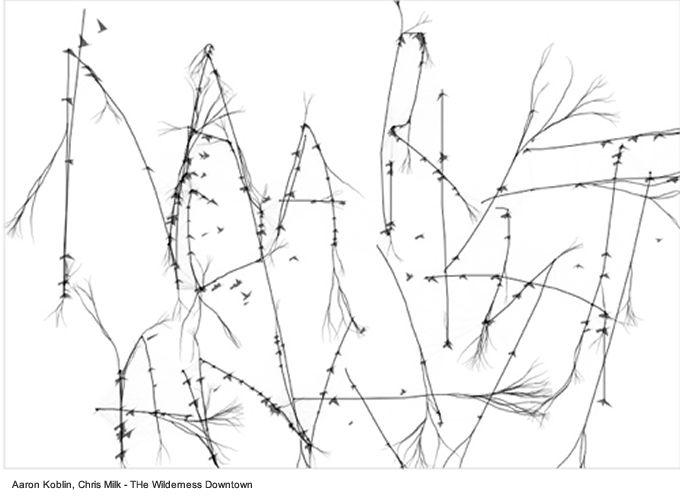 Another guest was, like we said, Aaron Koblin, who with Filip Visnjic, Eduard Prats Moliner and Mr Doob also taught an interesting workshop during the festival. Aaron is, among the thousands of projects developed in the last years, the author of three recent music videos which became a cult: The Johnny Cash Project, a participative project dedicated to the gone singer-songwriter; The Wilderness Downtown, an experiment of interactive film in HTML 5 directed by Chris Milk, the music is by Arcade Fire and the technological development by Google Tech Team; the music video of House of Cards by the Radiohead, realized with laser and sensors and released as open source code on Google Code.

Koblin is also known for his experimentations in the crowdsourcing field, in particular with the Amazon Mechanical Turk platform; this way he composed Bicycle Built for Two Thousand, a collective on line version of the song Daisy Bell, the image of a 100 dollar note (Ten Thousand Cents) and an irresistible “turned to the left” sheep flock, The Sheep Market. A few moths ago, he also created an interactive movie, 3 dreams of black, directed by Chris Milk too, which shows the potential of the new WebGL technology, able to allow the use of 3d graphics within the web browser without the need for a plug-in.

In the multimedia program OFFFMatica, the festival also proposed the exhibition Other Mirrors, which lasted all the following week during Sonar. In an era which sociologists like Richard Sennett and Jean Lipovetsky define as seriously narcissistic, it was interesting to take a look at the proliferation of works allowing to use technology to look, take pictures, study, and manipulate oneself image. Among the represented artists there were Joshua Davis, Kyle McDonald, Zach Lieberman, Theo Watson and Daito Manabe. 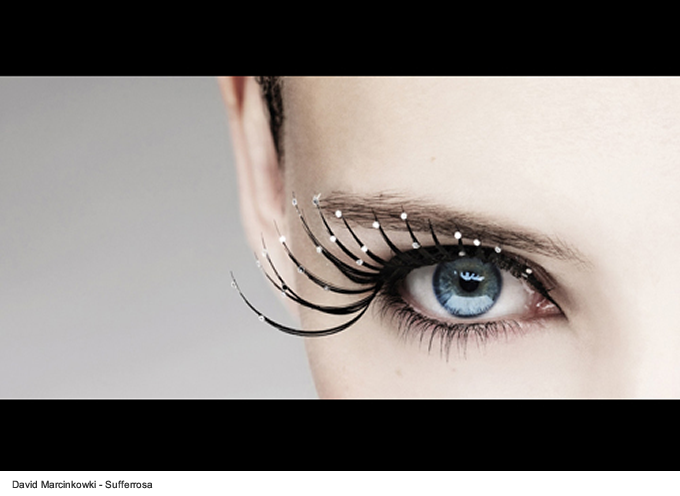 But the artwork which probably stood out the most was 0,16, an installation built with a light projector and a transparent paper panel turning the spectator’s shadow into a low resolution pixel outline. His author Aram Bartholl (http://datenform.de/), young German architect, member of the Free Art & Technologies (http://fffff.at/) network of artists, engineers, scientists, lawyers and musicians committed to enrich the public domain with technological and creative artworks distributed with free licenses, in the last years has became particularly known for his activist and participative artworks, like the Speed Show we talked about in the article about The Influencers in the May 2011 issue of “Digimag”

(http://www.digicult.it/digimag/article.asp?id=2067), or Dead Drops (http://deaddrops.com/),an open sharing network of P2P files in the public space, made of USB memories installed on the city walls. This project received a nomination at the Prix Ars Electronica 2011. The exhibition also proposed a series of online works of which you can find the links of on the Sonar website dedicated to the exhibition. (http://2011.sonar.es/en/programa-multimedia-offfmatica.php).

The festival program included some screenings in the Cinexin space. Among these ones, David Marcinkowski ntroduced his live cinema experiment Sufferrosa (http://www.sufferrosa.com/), a colossal and many awards winner interactive noir, inspired to Alphaville by Jean Luc Godard and made of 110 scenes, 3 alternative finals, 25 actors, 25 locations and a great soundtrack.