Necessity Or Taboo. How To Evaluate Art & Science Projects 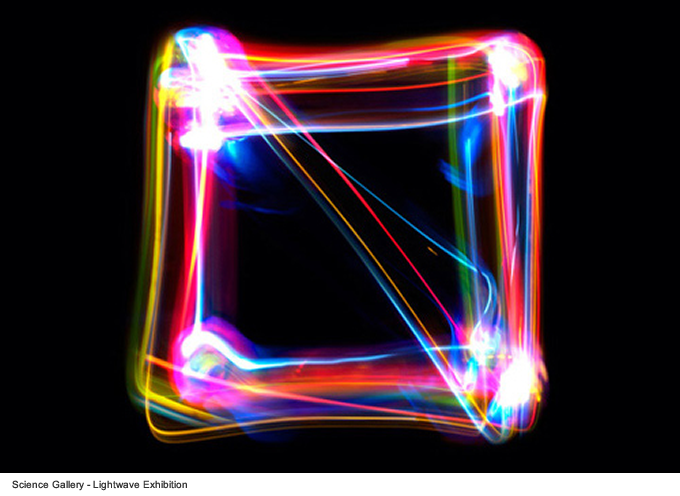 Scientists and communicators are more and more persuaded that divulgating science to the public and involving outsiders into it is a duty rather than a choice. In order to make science is necessary to use a various range of tools: from a pen and a sheet where to draw sketches, write notes and create mental maps, to the utilization of the most advanced technology. The sciences that more evidently and more closely concern the human body, such as genomics and neurosciences, are searching for more effective ways to communicate and involve people.

Art entered the scientific field many years before scientists and artists became aware of it: the focus on the perceptive and aesthetic-functional aspects has always been a part of scientific experimentation and research, sensitive to representative procedures utilizing images rather that words. Many science museums before, and science centres later, like San Francisco Exploratorium, Dublin Science Gallery and Paris Laboratoire bet on the union between art, science and technology. Design played a key role in the modernization of science museums, that were looking for a more and more advanced, user-friendly and absorbing interaction with the public.

However, art stayed out of it. Art museums remained completely different from science museums and science centres, most of all because people went to the science museum with the purpose of learning something. In Italy a certain snobbery towards the terms “didactic” and “educational” reigned supreme. Now it seems the situation has reversed though: art, even contemporary one, can be and must be not only explained, but approached and treated like an ordinary aspect of everyday life. The educational function of art is a taboo no more: children get closer to art through a great number of didactic laboratories, direct experiences, meeting with artists, thematic paths. The magic formula “hands on” that radically changed the planning and the setting up in science museums seems to go well with art and design. 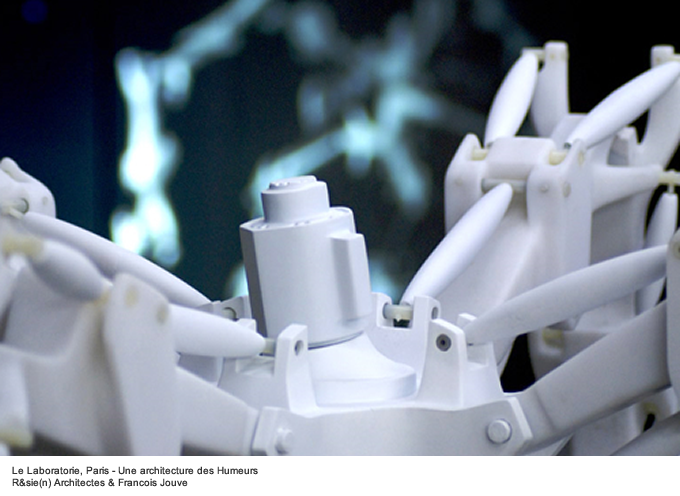 The collaborations between artists and scientists are always very useful occasions indeed, and keep on giving good results. These people work side by side in the attempt of visualizing invisible-to-the-eye phenomena and analyzing and using the properties of matter. Thanks to art-science projects, artists can reach sophisticated instrumentations otherwise forbidden outside the laboratory, while scientists have the chance to analyze the studied object through new visualization procedures that take advantage from the artist’s intervention: when observed through the use of different techniques, some objects seem to become more visible and reveal new properties.

Moreover, in this way the artists who care for science and technology often ask themselves about ethical, cultural and social questions, while the scientists rely on new communicative ways to show the outcomes of their researches and earn the public’s assent.

Sometimes the collaboration is so balanced that the final result cannot be defined neither science nor art, but rather an unexplainable mix. According to some scholars (one of the most famous is no doubt art historian James Elkins) this union is not possible, for it has to do with science of art, not with an hybrid. Science language and art language, Elkins states, must be understood and used in the right way. Only then they could be approached – yet not contaminated – in an effective way.

Despite this, the collaborations and the experiments among science and art continue.

The attempt of monitoring and evaluating experiences among science and art through quantitative and qualitative technologies is neither to be considered a taboo nor a bureaucratic boredom. Evaluation is not only an effective way to keep on asking for funds in order to continue the activity (especially when these funds come from public subjects), but it also allows artists and scientists to cast a new glance on the path they took and on the result they got. In other words, evaluation can be a sort of maieutic procedure assuring a better contact with the matter to be created and so with the activity to be done. As one can imagine, this is not easy to perform, and an effective and guaranteed method doesn’t exist yet 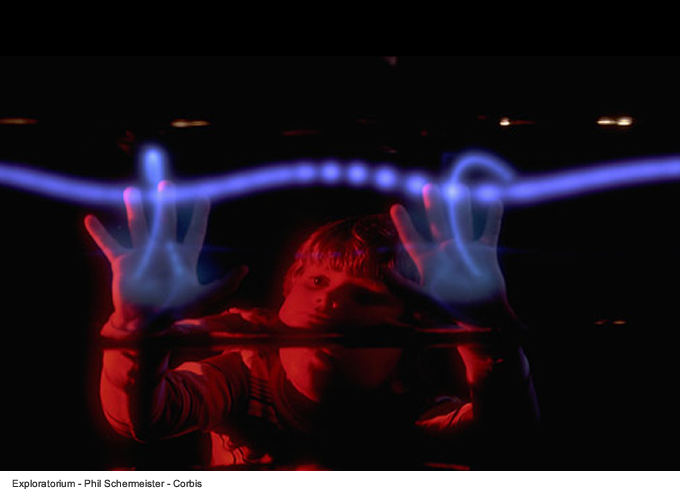 It is inevitable to discuss about evaluation when one enters a science museum of a science centre: in countries of Anglo-Saxon language and culture the attention for the observer is key in every museum, no matter if it is about science, art or history. Both in the case old questionnaires, focus groups, web tracking and ethnographic observations are used, it is fundamental to discover what does the observer want, what are his reactions and what will he learn from the museum experience. Evaluation is very different from customer satisfaction: to this purpose, in Italy the most advanced study has been carried out by the University of Trento in 2002.

The researchers involved in that project proposed an evaluation model experimentation of the museum experience that go beyond the ordinary evaluation method based on a simple headcount or a generic customer satisfaction, by providing tools capable of analyzing the visit under a cognitive point of view as well. [1]

By analyzing more closely new generation science centres, like the aforementioned Paris Laboratoire and Dublin Science Gallery, it seems clear the fact that art is seen as a further way to involve the observer. When science touches the threshold of invisible (as in nanotechnologies), or when the level of abstraction is higher and higher or even when cognitive thematic concerning the human brain are studied, the artist enters the science centres, not much as producer of a more efficient design on a functional and communicative level, but rather as creator of a universe that allows, due its condition of “other”, the approach to determined scientific concepts too.

Both scholars and science centres professionals have neither fully studied nor recognized this challenge, that claims art introduces the ideas of contingency and temporality. People always come back gladly to an art museum to visit the same collections again and again. In a science centre, the same exhibit is good and works only when it is used once, but then it bores the spectators for the hidden mechanism comes out revealing its mystery. 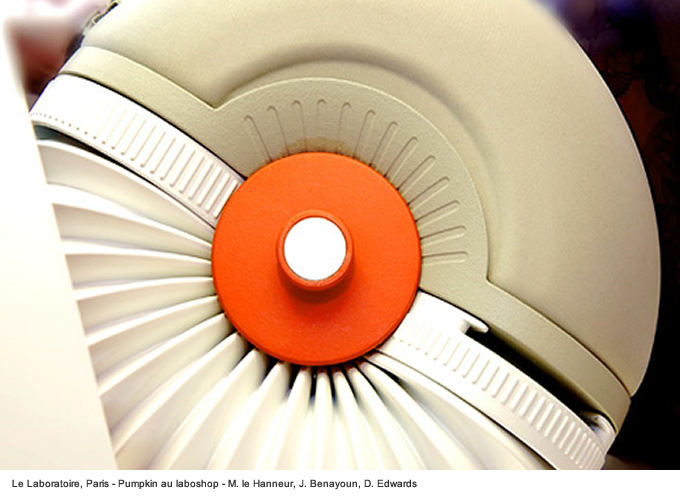 One comes back to science centres (unlike art museums) as an habitual meeting place, maybe because there is a nice bar or a relaxing atmosphere inside it, but never to see the same exhibition – which now only happens in the most traditional science museums. In other words, science centres seem like they are trapped inside an eternal present: being incapable of capturing the historic dimension of objects, ideas or concepts, science centres risk to become a blockbuster of more and more fascinating exhibitions, yet deprived of the possibilities the traditional museums (interactive, even if not upgraded to version 2.0) still offer: the possibility of staring at something, entering the world created by that work and never leaving it easily.

So, the introduction of art is due to its ineffability rather than its communication potential. In short, art makes things more complicate, rather than explaining them. By adapting the analysis by art historian Barbarian Maria Stafford (2008) to science centres, what does make the visitors observe, stand and stare and especially return? Stafford points out that one of the challenges faced by exhibitions’ curators is to draw and keep the visitors’ attention, by influencing their cognitive behaviour. To see does not only mean to passively imprint on our retina an outside image, indeed: to see is an active and dynamic process through which our brain filters and chooses information by comparing it with the already received one.

The art historian, taking advantage from the latest studies in the neuroscience field, affirms that only 10% of our brain is focused on the outside world: since the brain is an internally oriented autopoietic system, the question is how to individuate the remaining 90%. How can exhibitions’ curators capture that tiny part of our attention that is still receptive to the external world?

This matter is strictly linked to evaluation.

Evaluation must be considered as an integral part in curators and artists’ creative process, not a sort of index for the museum’s functionaries. When in the exposition space of a science centre the union between art and science is at stake, curators act as mediators among artists, works (the so-called exhibit) and public. Moreover, the curator himself can act as evaluator, whether he intends to take on the responsibility of how evaluating, judging and measuring the exhibit’s impact, by confronting it with the starting objective made by artists and purchasers. Evaluation must therefore be constant, and not only be limited to the starting or ending moments of the visit, as in the case of an analysis of a design or an exhibit or, even worse, a questionnaire distributed at the end of the visit 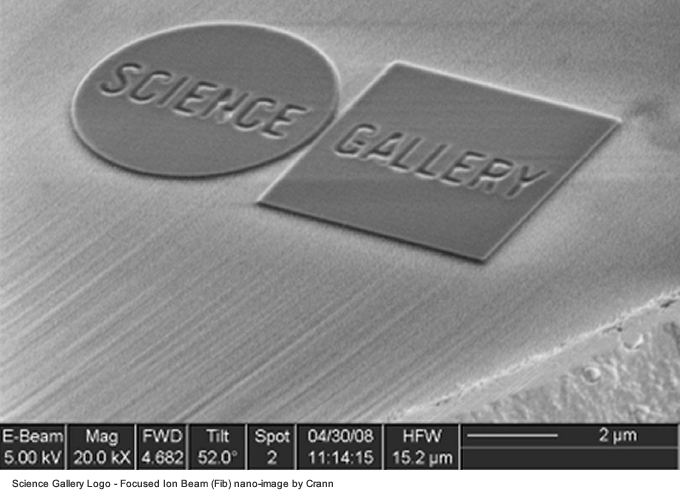 The more interesting methods about the involvement of the visitor on a cognitive level use instruments deriving from ethnographic social research: direct observations, audiovisual recordings and possibly semi-structured interviews that approach the aforementioned maieutic method. [2]

The direct observation of how visitors behave and react before an exhibit becomes more complex when art comes into play and when maybe there is no button to press but only something to contemplate. When questionnaires and standard focus groups are not enough to evaluate the art-science cognitive impact, other alternative approaches using multimodal analysis (Heath and vom Lehn, 2008) come in handy. It is also obvious that the problems come when it is to be determined whether the work is an art-science exhibit, an art representing science exhibit, or science using artistic and expositive-communicative procedures exhibit.

Strictly narrative models are no longer possible when art and science merge into a common project. Art entering the space of a scientific museum brings the dimension of a subjective time, not a chronological one. Let’s think about science centres, for instance: they focus on the present (the visitors interact with hands-on-exhibit in current time and space) by offering an experience that ends when the observers leave the place. Art instead is more capable of inspiring emotional feelings and sensations that reactivate memory, thus creating a sensorial-temporal stratification. Just like museums, science centres too have the chance to become intimate places similar to cinemas, where dreams and illusions come true.

Art makes the simple “hand-on, minds-on, hearts-on” formula more complex, turning science centres into places where the visitor walks around and ask himself questions (the flâneur). The non-verbal aspect of images gains more importance: art invites us to dream through tactile, acoustic and olfactory images. The purely scientific structures inside science centres seldom concern the nonverbal side of images, preferring most of all actions, tasks and moves to be done by following the instructions. 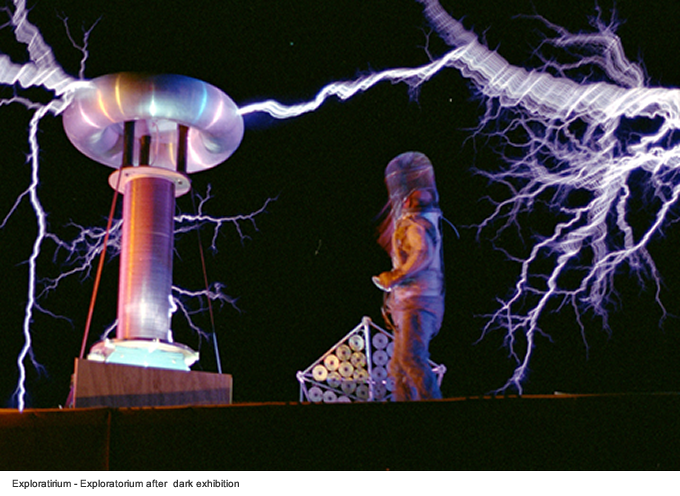 That’s the reason why everybody who cares about evaluation must first of all understand what it happens when facing an installation, be it a single image or a set of objects, and how the visitors interact with the installation itself and the other people.

Quoting Heath and vom Lehn: “There are relatively few studies that examine the action and interaction that arises at the exhibit face. There are, of course, a growing number of studies using surveys, interviews, focus groups, and so on, to assess the effectiveness of exhibits (…) but, like other forms of variable analysis, they tell us little about the quality of action that arise at exhibits and the forms of participation that they engender, facilitate or occasion” (2008: 86).

To sum up, multimodal analysis protects the performance element typical of art-science project and installations.