The Future Of Journalism: Comparing Models 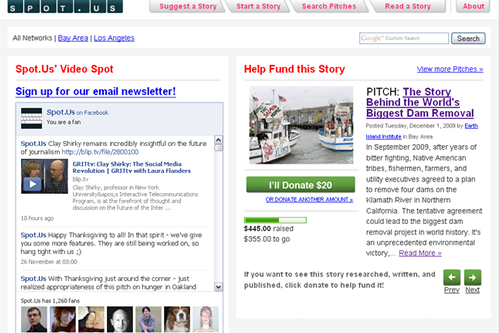 Are journalism and publishers dying? Are we watching their decline? Even if these assessments seem true today, they are so only in part. Journalism and publishers are facing a serious period of crisis. The responsibility for this condition is probably to be attributed to an inadequate business model which paid little attention to the changes which have affected society and consumers in recent years. The Internet has surely played a significant role in this situation, having proposed a “long tail” offer able to satisfy more sectorial and niche demands.

We have seen the birth of “multitasking” users who do not use one medium rather than another but prefer to use them simultaneously in order to better satisfy their needs.

The solution to the decline of journalism and publishing lies in the search of some new models which are able to satisfy on the one hand, the needs of the “new” consumers who are demanding and fickle, and on the other, the needs of the sector operators, journalists in particular, who are facing a stagnant condition. Internet, once again, plays a fundamental role. No longer a rival to the traditional media, as it was considered to be initially, it could become the solver of the present crisis. Some probable alternatives are arriving from the USA and exploit the dynamics of participation open to everyone and sharing, both of which are typical of the web.

The new emerging models like hyper-localism, no-profit or crowd-funding seem to be possible paths for the future of journalism.

Spot.us is one of the projects which has been the most successful. This web platform was created in California by David Cohn thanks to a loan of 340.000 USD from the Knight Foundation, an American institution working with one precise aim: “Our mission is to support investigative and local journalism…One of our guideline philosophies is that journalism is a process not a product(…)The other guideline is that journalism should be participatory”.

Spot.us is based on three elements: participative journalism, crowd-funding and local journalism. Participative journalism and crowd-funding combine together in this project through the democratic process of sharing: users can debate and decide on the subject to be assigned to a free-lance journalist; they estimate the expenses for the inquiry and they finance it through some micro-payments of 20 USD (on average) not exceeding 20%of the cost of every single article; this helps in avoiding any kind of pressure from external groups. The other element on which the project is based is local journalism: only this year Spot.us collected 45 thousand dollars in the S. Francisco area, leading to the realisation of 40 inquiries related to the territory.

An index of the success of this alternative method of journalism was the inquiry into the “garbage whirlpool of the Pacific Ocean” realised by the free-lance journalist Lindsey Hoshaw for the New York Times. She managed to complete this inquiry thanks to the around 100 donators of Spot.us who financed it. Among them, there also was the founder of Wikipedia, Jimmy Wales.

Crowd-funding Journalism is spreading also in Europe, where people look at the Americans in order to learn some alternative path to reproduce them contextually following the paradigm which says think global and act local.

Last month Antonio Rossano presented Pulitzer at the Working Capital in Naples. Pulitzer is a project based on crowd-funded reporting and on the general crowd-funding. Pulitzer differs from Spot.us because it is not a no-profit project. It presents itself as a service structure. For this reason its aim is to produce a revenue. This revenue comes from an quota which is applied to the funds collected. This helps in paying management costs and always guaranteeing the achievement of its objectives and those of the subjects which are financed through the platform. Pulitzer was born with a very precise scope, Antonio Rossano explains: “..to become a platform able to sustain young journalists who, since they are not yet well-known and for this reason unable to “sell” themselves on the information market, need something to finance their journalistic activities.

Pulitzer and Spot.us present themselves as a possible alternative path for the journalism of the future. It is difficult to define which models will be the most effective ones in the future: what seems to be quite clear is the time of change this field is facing: it is an innovative change, a symptom of a change in the perception of this job, which is seen to be more democratic and participatory and not as elitist as it once used to be.