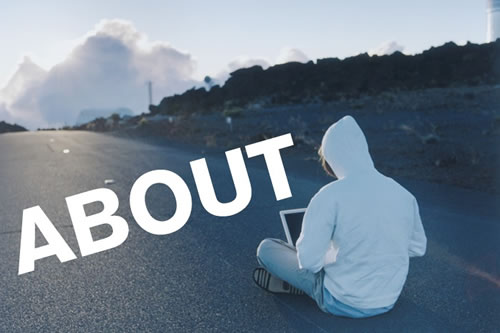 “Ideas are energy. Your brain is a satellite. Your mind is out there.” These are the basis of The Sputnik Observatory, an ambitious documentation project and representation of contemporary culture. Sputnik- literally “fellow traveler”- was born from the idea that all the knowledge and arguments are in some way connected to each other, that the “six degrees of separation”, connecting all human beings on earth, are applicable also to their mental elaborations, and that also the most radical concepts, considered as marginal, are fertile matter of investigation and can contribute in a critical way to our cultural landscape.

The Sputnik Observatory was born from the Sputnik. Inc., a cultural organization based in New York, dedicated to the exploration and documentation of contemporary culture.

Sputnik uses as “launching pad” a dedicated web site, where through interviews to thinkers and experts in the most different fields, traces unexpected paths and improbable connections, offering an organic, multimedia, open and shared picture of ideas that are shaping the way we are and the way we relate to the world. The website was designed by Jonathan Harris, who has been busy for years in designing websites that allow to represent the load of data to which we are constantly exposed to, tracing a really personal “poetics” within the information aesthetic field, in other words in the creative display of information (Digimag interviewed Harris in number 39- November 2008: http://www.digicult.it/digimag/article.asp?id=1323 ).

Differently from an encyclopedia, which files and defines the acquired knowledge in a systematic and homogeneous way- but “plain” and mono dimensional-, the project Sputnik wants to stimulate the concepts association through a multidimensional approach based on the context and on general themes. In order to do so, Sputnik offers different perspectives and new ways of displaying and of fruition: for “Themes” (classified in alphabetic order), “Conversations” ( Interviews that gathered in bulks define a Theme), “Paths” (a track left from other users which gathers the examined Conversations on each Theme), and “Transmissions” (a montage of several Conversations).

Sputnik becomes in this way a sort of organism, constantly growing and evolving, enriched and updated in a cooperative system, by Conversations of selected “Thinkers” as well as by contributions from users, that create a stimulating intellectual exchange and widen the reflection horizon- from the spirochaetas to the interplanetary system, passing through the urban metabolism.

Today more than ever, users of the Net are a majority less and less quiet and more and more active in defying the cultural context in which our society moves and evolves. At the same time, the representational models of thought have been transformed in a radical way, including fruition paths that allow multiple and personalized “montages” of information derived from an open and always changing system – such as the Sputnik Observatory. Our Ideas are energy: now we just have to put them out there”.