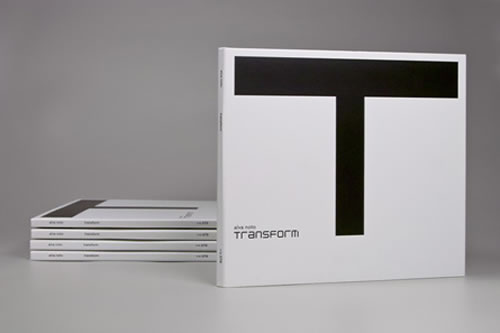 Experimentation. Carsten Nicolai’s (aka alva noto) artistic production, (one of the few artists in the digital art who does not need any presentation) has always been characterized by an element of constant research: thinking about sound frequencies and visuals, digital and minimal aesthetics, where noise and glitch are bound to mathematics and geometric shapes, has gone through an evolution that made him one of the most important, long-established and famous artists in the international electronic scene.

Linearity and constant search for new forms of expression and multimedia also marked the advancing of his audio-visual production label Raster-Noton (or better: raster-noton. Archiv für ton und nichtton ), which Cartsen Nicolai has founded and is still editing together with Olaf Bender (aka Byetone), musician as well and part of the Berlin label roster. A platform and a network that does not only consider the music production as a “classic” mark, but as something whose aim is to produce a model of multidisciplinary production transforming the creation of the object from an elegant and minimalist obsession for collection to an absolute material objectification of the audiovisual aesthetics created by its founders and by the artists involved in the project.

Raster Noton was the founding father, and paved the way to loads of other labels in the international scene, probably clearing the ground for the only means of a music label economic survival in the era of the Internet and the peer-to-peer. He suggested to: follow an exceptional and aesthetically well-characterized musical strand, minutely edit the production of the CD, network with one’s own artists and spread the name of the label through concerts and performances in the major festivals and in the best international galleries, crop up among the electronic mass production , and “rise” to an almost mythical condition.

Formed by the merger of the two labels Rastermusic and Noton, Raster-Noton has gathered and as well as produced very different artists joined by the research on sound and its graphic and visual decoding: in addition to Alva Noto and Byetone, among others, we can’t forget William Basinski, COH aka Ivan Pavlov, Ryoji Ikeda, Ryuichi Sakamoto, Nibo, Richard Chartier and Carl Michael von Hausswolff.

e-flux, an international network that connects artists, curators and institutions through its web site, presented on 28 May, at their showroom in New York the exhibition “Raster Noton: The Shop”, where the activity of the label is presented in the form of an ideal store, but without the commercial factor. The entire exhibition space was transformed into an active archive showing the label’s life and philosophy, by CDs, covers, publications, sound and the installation “White Line Light.” (a work by Bender and Nicolai, consisting of two neon tubes whose brightness varies and reacts to sounds created by the duo). This work follows with a great coherence the research on the physicality of sound, on the various ways of viewing it through digital, material and physical elements, and it was supervised by Carsten Nicolai from the beginning of his career and culminating in important chapters such as Telefunken (2000), Infinite (1997), Mikro Makro (1997), Polar (2000), Spray (2004), Sonic Lumiere (2003), Logic Licht (2001), Snow Noise (2002) and Syn Chron (2004).

For this occasion, Olaf Bender and Cartsen Nicolai have also produced a cosy and intimate audio-video performance, with a gradual crescendo of sound and visual elements. We met Carsten Nicolai just before the opening of the exhibition, not only to talk about his work in general (we already talked about it in the article “Carsten Nicolai: the aesthetics of mistake”, on Digimag 18 ‘October 2006, at the première of his new project Xerrox – http://www.digicult.it/digimag/article.asp?id=423) but to discuss specifically about the show “The Shop”. We are really honoured to have him again in the pages of Digimag.

Monica Ponzini: This exhibition provides for an overview of the raster-noton activity. How could you define it?

Cartsen Nicolai: We do not perform this kind of shows (“The Shop”) so often, but I must say we have worked a lot up to the present, since we have already created more than 100 works. Some way, it is nice to see how there is some continuity from our very first works to now. You can see how we have followed a particular line, in terms of music and aesthetic quality, when talking about packaging and design.

Monica Ponzini: On the other hand, your working method was described as “fragmented”. Do you agree with this definition?

Cartsen Nicolai: Yes, and I’m glad: I see the word “fragmentation” as a positive term. In terms of sound, we use fragments of sounds rather than “finished” sounds and just ready. Perhaps because we have a very “microscopic” view of sounds a lot and we work a lot on details. Fragmentation is probably one aspect, but if you see the show, you see that it is not much fragmented. as I already said there’s a kind of continuity. We called it “The Shop” because it has to do with the idea of an archive, which is one of the subtitles of our label

Monica Ponzini: Can you talk about the “White Line Light,” which you have created with Olaf Bender?

Cartsen Nicolai: With “White Line Light” we aimed at creating both an installation in itself, and part of a non-commercial “store”, as it exactly happens in this exhibition. We always install it with different positions and we fit it to the space we want to use. Basically, it connects a few simple elements, we really want to consider. Its simplicity reveals its purity. We seek the connection between sound and light and we like a very simple industrial aesthetics: in it there are, a number of elements not only belonging to Raster Noton, but also to ourselves as artists.

Monica Ponzini: And the visual aspect? In your work it is often connected to your sounds …

Cartsen Nicolai: I almost always use this type of connection in my work. If you consider the package design as something graphic, you see that we are interested in this connection since the beginning of our production as Raster Noton. Over the years, especially during our performances, we have begun to introduce visuals together with sounds, and now this is a very strong element of our live production.

Monica Ponzini: And in this case it seems that you tend to use the linearity, mathematics and the “grid” in a predominant way…

Cartsen Nicolai: I think every artist uses very simple “strategies”. Basically we use simple geometric shapes, 2D aesthetics, a lot of graphics. And this probably comes from a geometrical approach that is linked to our background based on mathematics and optics, and that are strong elements of inspiration for us. But at the same time we use elements with which we deal every day and that pervade our everyday life.

Monica Ponzini: What is your relationship with Internet? A few years ago, you told me you weren’t interested in the application of interactive media to art. Have you changed your mind? And as regards your label, what role does the Internet play in the distribution, that is what does it do to reach your audience?

Cartsen Nicolai: I am still convinced that it is difficult to work on the Internet as an artistic and interactive medium , I’m not a big fan of the Network in this sense. But I am convinced that the Internet is a fantastic tool for communication and distribution. We all use it in our everyday life: sometimes it is some sort of library or archive, or a communication and shareware means. I see it more as a means of information and communication, but not as an artistic springboard. I work with the Internet so much that I am in need of working with “physical” products, or printed items, and not always and only of working on a computer screen…