Zeitgeist: For A New Social Order 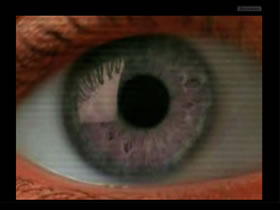 The soul is restless and lost; this is our Zeitgeist, an everlasting state of collective hallucination, in which the conspiratorial theories create an history while the super-structures (media, economy, politics) create another.

We are the audience for clever historical scripts, which use myth as the most powerful weapon; it is not crucial how much a story is true to reality (given that it exists), but how functional it is to orienting and mobilizing: “a story cannot work if it is not considered true within a community or nation” (Zeitgeist: the movie).

I read books with great interest, watched with the same interest documentaries on these degrees of hallucination and perception of the self, according to which, behind the political and economical events there are almighty hidden powers. The latest among them is “Zeitgeist: The movie” with “Zeitgeist: Addendum”, a clever interweave of political theory and novel, a 2007 no profit web-movie directed, produced and distributed by Peter Joseph. Released in English with subtitles in various languages including Italian, the movie has been recently dubbed in Italian as well. Both parts were awarded in 2007 & 2008 at the Artivism Film Festival in Hollywood, California as Best feature artist spirit.

Pointless to say that the Net, as per its own nature, has answered immediately to the movies’ appeals, and saw very quickly the birth of the “Zeitgeist Movement”: a platform, maybe a network, some messages and suggestions, actions and indications, translated into many different languages, so as to put into practice the theories proposed by the two movies.

The first film, “Zeitgeist: The movie”, is a strong accusation towards the submission and blind obedience, of certain historical notions, that we collectively believe to be true. To be precise, the documentary is divided into 3 parts:

1 – the myth of the Christian religion (by comparing the story of Christ to several previous religions, especially the myth of Horu, it suggests an astrological reading of the Bible).

2 – the conspiracy of the American powers-that-be (referring to 9/11, who could possibly be behind the attacks, who could have benefited from them, and if they could be avoided.

3 – the profiteering logic behind wars (starting from WW1 until the second Gulf War, everything leads back to the involvement of the most important banks in the USA , and to the prominent role of the Federal Reserve itself).

The second film, “Zeitgeist: Addendum”, is a follow-up of the first one, and investigates the origins of nowadays diffuse social corruption, while offering a solution: to get rid of any barrier between men, and mainly to weaken the monetary system. The movie suggests actions of “social transformation”, like boycotting the big banks, the media, the military system and the multinational companies of the energy sector. The movie, as its name suggests, is an addendum, and is divided into 3 parts as well:

1 – the systematic social attack carried out by the Federal Reserve

3 – an interview to the founder of project Venus (social engineer Jacques Fresco, who created a project aiming to the liberation of society from money, using technology and resources, this counterpoised to nowadays society based on profit and shortage of resources.

Ambiguous and contradictory are the symbols printed on the dollar bills, mixing evident allusions to the Masonry of the elects, to the promise “in God we trust”, so we cannot be surprised by the invention of TV-evangelism and the growth of mega-churches which gather tens of thousands of worshipers in Olympic facilities, all screaming slogans like “There are some question that can’t be answered by Google”, (recurring in my life).

I borrow a citation: “If faith is a gift, faith in America is a gift where buyers look deeply in the box, and easily return to the provider in exchange for another one, just like Christmas presents on the 26th of December” (Vittorio Zucconi).

Faith = religious shopping, where the Pastor satisfies our desires, just like technological fetishism corresponds to the desire to own the latest fashion of the hi-tech market; we are almost a psychedelic civilization by now, guided by lobotomized leaders with genetically-modified traits.

Part 1 of “Zeitgeist: the movie” takes into consideration the Christian beliefs established in the Bible, and criticizes its historical accuracy. The title (The Greatest Story ever Sold) makes reference to The Greatest Story ever Told – playing with the words “Sold” and “Told”. In Part 2, theories are presented based on which the USA had been warned of the possibility of the 9/11 attacks, and the radar control for NORAD itself had been deliberately “distracted” through the scheduling of war games simulations staging numerous terrorist attacks to civil and military targets, carried out with airliners. This way the real hijacked planes would have time to reach their targets even 30 minutes after the first attack. Furthermore, the documentary suggests a theory based on which the World Trade Center buildings have been destroyed through a controlled demolition.

In part 3, powerful bankers carry out a centuries-long conspiracy, so to reach world domination and enrich and empower themselves further more. Their companies have used their wealth to further the financial panic, causing numerous Stock Exchange crisis and – using the diffusion of alarming rumors through the Press they control – causing the bankruptcy of many independent competing bank, which gave way to their fusion and unification to the bigger companies these “occult manipulators” control. Finally, the film displays the theory of the electronic plot and openly declares that the Federal Reserve, the central bank of the USA , was created to steal the country’s richness away. The film shows how all wars fought by the USA were immensely profitable to very few multi-millionaires. It states that the aim of these bankers is to reach world supremacy on an easily to control and blackmail public.

In this section of the film is also stated that there is an occult movement trying to change the American Constitution and end the dollar through its crisis. Lastly, after the economy downfall and the subsequent unemployment and the disturbances, this movement would aim to establish a single authoritarian government ruling over a new state which would come from the fusion of the USA, Canada and Mexico – a sort of European Union-like super-State with a single currency, the Amero – which together with a future African Union, and an Asian Union, would gradually be united in a single World Government.

The film ends with the conclusion that under this type of Government, each and every human being would have a RFID chip implanted, with the apparent goal of a more secure ID, whereas it would be used to monitor all individuals and suppress dissensus. In spite of all this, the film ends on a positive note, confiding that through the newfound awareness of these facts, the world can finally overthrow these evil forces, which mainly draw their strength from their hidden nature, objectives and maneuvers. At last these oppressive forces will be overthrown and revolution finally will triumph.

A descriptive analysis of the world’s evolution is aimed to clarifying ages and events, but ordinary history has to be reduced to theory making, so to leave freedom of choice to the individuals – the same “free will” Christianity talks about and which Roman Catholic church often fears.

So, we need a new Christian experience, otherwise “there will be in one of the next generations, a medication to be given to people so they would love their subdued life and allow dictatorships to be “free from tears”; some kind of painless concentration camp for whole societies in which people will be practically deprived of their freedom, but they will be quite happy about it”. (Aldous Huxley)

If we acknowledge that arts have a social function (Friedric Schiller), and we use it as a medicine which educates men to true political and spiritual freedom (Rudolf Steiner), we will exemplify social unification, for what concerns what’s common among men, getting rid this way of moral submission of the individuals. To confine arts to a mere economical function in galleries, bazaars and fairs, is a great risk for everybody.

Every man is an artist, and there is no method to measure art, it is simply a prime factor distinguishing us from animals. “We are the revolution”. (Joseph Beuys).