The Neo World Of Virtual Life 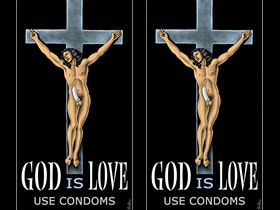 Walking on SL, by chance

Virtual constitutions, virtual nations, 3D environments, democracy, censorship, some of the keywords contained in a draft virtual reality ‘to Second Life’, funded by the European Union. The three-year project from 3.3 million euros, Virtual Life is a 3D environment that is the basis for a secure and reliable communication, to develop trade, educate and entertain.

The study is entrusted to a European consortium made of French, Italians, Germans, Estonians, Lithuanians and Romanians working together. Both companies and universities are involved, for a sum of powers among the most varied: from the design company which produces 3D environments to a faculty of law, and companies that deal with the internationalization of small and medium enterprises.

The idea was put in black and white by the business enterprise Panebarco & Co., together with the roman Nergal. “In January 2007 I entered on Secondlife to see if it was possible to expand the business there,” recalls Marianne Panebarco, exploitation manager, ‘and by chance I met the chairman of Roman society Nergal. Within a month er outlined the project and obtained funding through the Seventh Framework Program for Research and Technological Development of the European Commission.

One of the aims of the project is to achieve the first Virtual Constitution, forthe administration of new Virtual Nations, which should protect the common interests of citizens and virtual privacy, in a ‘ organization governed by a common “jus gentium”‘. The constitution is taken seriously because the diverse interests of the consortium are guarenteered by the the right of the University of Göttingen.

What is the effect in practice? Firstly, more security in 3D immersive communication, in the form of tridimensional avatar, which movesin virtual worlds. This is no more centralised than the social network Facebook, which stores all personal data to create a huge database for unknown usesin the future, because with our computers we are the real base of our virtual nation.

Let’s look at a recent case censorship carried out by systems based on a single master server. exasperated by the Pope’s advice to avoid using condoms, Belgian journalist, teacher and illustrator Ben Heine created a public profile in the Deviant Art artwork that shows a crucified Christ wearing a condom topped by the inscription ‘God is love-Use condoms’. Ben was quickly deleted from the sitewithout notice, all that remains is former page that says “banned for life.”

The story speed through the network, but despite protests and shows of solidarity Ben’s profile was not restored and hisbusiness contacts were lost, or inaccessible on central servers. Censored without official communication. Is this”obscenity” as outlined in the terms of use, similar to many others,that we usually accept without thinking.

“In the time in these global owners, everyone loses their rights,” commented Mario Gerosa. He believes it is just that the public fund a project that addresses the issue of democratization of the network. “I have a humanistic approach to technology” he observed, and welcomes to team VirtualLife the presence of different skills, including those of law academics.

We will have only one Avatar?

“In the future there will be,” claims Mario Gerosa, and the general applicant is in the network. One of the subjectsunder study is the so-called interoperability between different systems, with the possibility of migration between different platforms while maintaining a unique avatar. But this is not the core of the research project that Liz Solo (musician, SL performer and researcher for the Canada Council for the Arts) imagines in a machinima shot on World of Warcraft and Second Life. Here his character fell into a deep sleep, dreaming his counterpart on the two platforms. Beyond these suggestions, it remains that the European Union has invested millions of euros in a project where, in the words of Marianna Panebarco “Virtual Constitutions (and democracy) will be the pillars of Virtual Nations, for guaranteeing a […] transparent and fair system.