To Give Shape To Social Networks 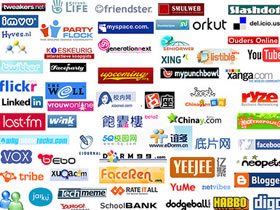 It is no accident that the next Social Networking World Forum taking place on 9 and 10 March at the Olympia Conference Centre in London has an auspice as a title, that of “giving a shape” to social networks.

The forum is actually divided into two main events: one is devoted to social networks, the other to Mobile Socialnetworks. During the event the most important issues concerning Social Networks will be discussed: the challenge of new social networks to face-to-face communication, the opportunity to increase the value of our professionalism within “virtual communities”, and the opportunity for big and small firms to make oneself known through a new, more direct and personalized relationship with their customers.

he presence of trade marks is impressive: there is obviously the Internet with MySpace, Facebook and Yahoo, the content producers such as Endemol or MTV, and multinational companies like GM and Coke: it is a deployment of public relationships showing that multinational companies believe in Social Networks  or maybe they want people think that they believe in them with a logic of space occupation. For the World Forum the problem of the estimation (in money) of Social Media seems fundamental and it is not a new dilemma for the phenomena on the Internet (see the article by Mark Hopkins, Just What is Social Media, Exactly, (http://mashable.com/2008/11/18/social-media-defined/).

From a more cultural point of view, it has to be underlined that the concept of Social Media, a topic that has been maybe too abundantly discussed for two years, has the credit for having further increased the ambiguity of the concept of “media” and so for having pointed out the necessity to constantly reflect on the community of communication and of the communication of the community. If “media” have to be first of all communicative, we cannot but wonder why digital media have not managed to be also “social” yet.

ne of the many definitions of Social Networks can help us; it was formulated by Monica Fabris who considers these communication channels “means that want to improve communication with new modes of integration of users and multimedia, whose aim, in comparison with other kinds of communication, is to give importance above all to relationships between individuals” (http://x.jmailer.com/it/allegati/Abstract_Monica_Fabris_ITA.pdf).
Certainly, it is not the most comprehensive definition of Social Networks, nor the most satisfying, but it is worth taking it into account because it is paradigmatic of the current way of considering the new tools of (re)approach and contact between individuals, who make the most of the abilities of distributed, extensive and personalized communication of the Internet.

In my opinion, there is no doubt that with Social Networks we are witnessing a new phenomenon of technoculture, it does not matter if it is temporary, lasting or bound to decline; what is important is to underline that interaction and networking multimedia platforms  that already existed  saw an active participation of a lot of people all over the world when they were focused on social relationships: find old friends, look for a partner or to a person similar to us, the desire to share our tastes and interests, spare time and, although less, work. The fascination of Social Media lies in the opportunity to create, through systems of automatic aggregation, channels of public communication in which informality is mixed with suggestions, ideas and meetings between individuals with similar interests or experiences or who live in far places.

Moreover, Social Media show that wonders will never cease with the Internet when people think about ways that can improve sociability, that is, the opportunity to express oneself and obviously have fun; it has to be underlined that the play element must not be belittled or underestimated: certainly, some studies such as those by Nicholas A. Christiakis and J. H. Fowler on the success of happy people within Facebook make us smile (http://www.edge.org/3rd_culture/christakis_fowler08/christakis_fowler08_index.html ) but nonsense and banalities that are discovered or left as a message in the profiles make users feel closer.

It is difficult to investigate, in this short article, privacy legal problems linked to Social Networks, which are more deeply discussed elsewhere, problems that, I think, are caused many times by users themselves, who show their imprudence by publishing online; maybe, since they are involved in a new confidential relationship with the Internet, they often operate imprudently or like in a relational chain  friends and acquaintances do it for them. In this case, I do not consider completely inadequate popular articles dealing with Social Networks in an apocalyptic way, because at least they act as a deterrent towards their users, who do not want to wonder too much about hidden threats and dangers.

In my opinion, instead, the biographical and mnemonic characteristics of Social Networks are not underlined enough: like in the blogs, which have the form of a diary, but with more intimacy and spontaneity, people are encouraged to update their profiles, because they have many comforts at their disposal. It is not relevant if the profile corresponds to the mood or the thoughts of these people or if it expresses their banality, in any case the user contributes, often unconsciously, to the creation of an archive of his/her social relationships. For this reason, Social Media could even be defined “personal memory” or “biographical media”, but they certainly do not lack the new concepts associated with Social Networks. A last remark is by the politician of sociability on the Internet. As Carlo Gambescia underlined in a recent message on the Internet, the definition of virtual relationships leaves something to be desired: the ideal of participative democracy and tools that give importance to acquaintances and relational abilities are all essential, but “benevolence is not sufficient if it is your enemy that considers you that way. Evil is unfortunately a social reality. We have it to reckon with”. http://carlogambesciametapolitics.blogspot.com/2009/01/franco-carlini-e-leconomia-del-dono.html

It is unfortunately in the shortage of tools bringing to a healthy contrast between cultural and political groups that Social Networks exhaust their potentialities and disclose relational dynamics that are too mechanical: as it has often occurred in history as well (Schmitt taught this to us), it is the enemy who reveals the unsoundness of friendships that are struck up too quickly.