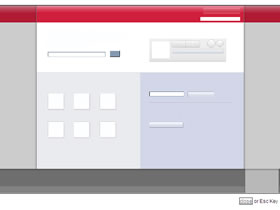 Geoff Cox is an artist, teacher and organiser of events connected with digital experimentation in the United Kingdom. Within his curatorial route for Arnolfini, an organisation dealing with contemporary art, he developed an interesting project whose topic is the intersections between critical theory of social networks and critical practice of the world of art.

Already from its name, “AntiSocial NotWorking”, we can understand that the project aims at questioning two of the founding terms of the Web 2.0: “social” and “networking”. Within the very rich portal, there are some of the most interesting Internet projects of the last few years: from <$BlogTitle$> by Jodi to “Amazon Noir” and “Google Will Eat Itself” by Ubermorgen-Cirio-Ludovico, from “logo_wiki” by Wayne Clements to “Blue Tube” and “Friendster Suicide” by Cory Arcangel, from “web2dizzaster” by sumoto.iki to “Fake is a Fake” by Les Liens Invisibles.

With Geoff Cox, we talked about how, beyond the quick enthusiasm and the rhetoric of social networks, it is urgent and necessary to develop a critical theory of social networks, and about how contemporary artistic practice could be essential for the exploration of new forms of participation, activism and democracy on the Internet.

Clemente Pestelli: The title of the project is controversial and, at the same time, fascinating. Can you explain, in a few words, what “AntiSocial NotWorking” wants to suggest?

Geoff Cox: I’m glad you find it a fascinating title. It’s deliberately playful, a “hack” if you like, and one where it seems to contradict itself with a double negative. The first point is simple: that by saying “antisocial”, the pervasive use of the term “social” is thrown into question. I write about this in the accompanying notes to develop a critique of the apparent
friendliness of social interactions through web 2.0 platforms, but at the same time to strike a distinction from antisocial networking sites such as”Hatebook” that are not dialectical enough in my view.

The crucial point is that by stressing friendliness and avoiding antagonism, politics is avoided. What is also evoked is the critical tradition of negation associated with dialectics. For instance, “negative dialectics” would suggest a number of things but perhaps most importantly for this context more of a focus on subjectivity and structures of communication.

The influence of communication in contemporary characterizations of labour find their way into the second term “notworking”. This is a common enough joke – “notworking” as opposed to “networking” – and a good way into various discussions about free labour and how labour time is less and less distinct from time outside work – as ‘nonwork’. Work on the Net is a clear example of this tendency and one of the significant aspects of social network sites is the way in which users volunteer their labour time – and their subjectivity.

I like the way when you put all this together -“antisocial” and “notworking” – the meanings become multiple and contradictory. There is a further aspect of contradiction and negation at work here too perhaps, in evoking the concept of “negation of negation” to understand the title not as a double negative or a simple reversal of one thing with another but an ongoing deeper engagement.

Clemente Pestelli: In your “Notes in support of antisocial notworking”, you writes about how, during the ascent of social networks, social relationships were emptied of every form of antagonism and so, in short, of every form of politics. I think the analysis is right. But if we think about the first period of the World Wide Web, we cannot but be impressed by the fact that exactly the Internet was the privileged ground of political experimentation, exploited by movements and activists from all over the world: an example is the ” Battle in Seattle ” of 1999 and the role of Indymedia. Today, corporate communication platforms such as Google, Microsoft and Yahoo allow to share and spread even more information than before, but although this fact, I can’t see any conflictual approach that is as much efficient. What do you think has happened? Is it something depending on a precise strategy of the global corporations or is it something that has to do with the health of movements?

Geoff Cox: Both I suppose. I would stress how the production of non-antagonistic social relations has become absolutely central to social control. In the notes I cite Rossiter who argues that without identifying the antagonisms that politics simply cannot exist. As far as network cultures are concerned this is a technical and social truism. Of course there is nothing new in this, and earlier iterations of the net are full of examples of antagonistic tactics.

As for your main question about what has happened more recently, I’m not sure I’m qualified to answer this. However I suppose the issue for me is how contradictions are evident in new ways, and that organisational forms are more networked in character. There are a number of examples of network-organized forms of political organization, enhancing the open sharing of ideas – such as Indymedia, as you mention, and what is referred to as the “multitude” more generally. Contemporary forms of protest tend to reject centralized forms for more distributed and collective forms, but the tendency has both positive and negative consequences, both releasing and limiting future possibilities.

The example of Facebook exemplifies the point in that it both demonstrates the potential for self-organisation and at the same time the drive to commodify collective exchanges. Capital recuperates emergent tendencies really well, as we know. The autonomists refer to the “cycle of struggle” to emphasize that resistance needs to transform itself in parallel to recuperative processes. In a really nice description, Tronti says the restructuring of capital and the recomposition of resistance “chase each others tails”. More tactical and strategic alternatives need to be developed all the time and I don’t think there’s a way out of this recursive loop. Antagonism is a necessary part of this but I’m not sure where to look for specific examples on the web, better to look elsewhere I think, to peer production more broadly.

Clemente Pestelli: NotWorking, antithetic to networking, is the other key word of the project. In particular, in the introductory notes to the project, you refer to Tronti’s essay “The Strategy of the Refusal” (1965). What relationship is there, today, between job and social networks, when the time you spend at work can be less and less distinguished from the time you don’t spend at work? How do you think it’s possible to combine the idea of “refusal of work” with the completely absorbing dimension of the Web 2.0?

Geoff Cox: As you say, the confusion over what constitutes work and non-work turns attention to what constitutes effective action. Refusal to work is one established oppositional tactic in recognition of exploitation in the workplace. But it’s harder to see how exploitation takes place in relation to nonwork, or how notworking in itself might be productive. To simply refuse to take part in social networking platforms or refuse to submit personal information is not particularly effective in itself. The point, as I tried to say in the notes, is how to think about “well-assembled collectives” that can be involved in production that is not an exploitative situation. As well as Tronti, I refer to Paolo Virno’s “Grammar of the Multitude” for this reason.

What is required are strategies and techniques of better organization founded on different principles. Peer production offers one example of the opportunity to explore the limits of democracy and rethink politics. I think this is a really interesting area of activity that seems to be gathering momentum – as both an expression of”non-representational democracy” and as an alternative economic system altogether. Social networks hold the potential to transform social relations for the common good but only if held within the public realm and outside of private ownership.

Clemente Pestelli: “AntiSocial NotWorking” is a rich repository of projects showing a critical point of view towards the different platforms of social networks and the symbols of the Web 2.0. What can we expect from the works that are contained in the database? A simple point of view or maybe some useful techniques for a new creative resistance?

Geoff Cox: The project is modest in itself, hoping to draw together some existing and new critical works, in a body of practices that take issue with web 2.0 as an attack on peer production in the sense described earlier. There are some well known projects and some not so well known but together they demonstrate the usefulness of creative (art) practice to question popular forms – or I might even want to make a distinction here between popular and populism. Arts organizations have enthusiastically adopted the rhetoric of social networking but the critique is less well developed, at least in the UK.

The project has tried to draw in practices from software culture more broadly and bring them to the attention of the contemporary art world – remember I have produced this project as part of my curatorial remit at Arnolfini which is a contemporary art organization that is only just beginning to engage with the internet. But, as for more than this, your question is spot on I think – whether oppositional strategies are merely oppositional rather than transformative. This is one of the crucial questions for anyone working in the area of critical practice.

Otherwise politics might simply be cast as a trendy theme as we see all the time in contemporary arts practice. The challenge remains as how to make this transformative or whether art can have a role at all in this. I think the potential to transform social relations is demonstrated in the dynamics of social networking technologies but as I said only if certain principles are maintained. In addition, I think that the current struggles over sharing digital content, such as those over peer to peer file-sharing, are crucially important and this is where creative resistance is well-placed. Further projects that I am involved in will continue to explore this issue in the spirit of antisocial notworking.