All Rights Reserved. All Wrongs Reversed 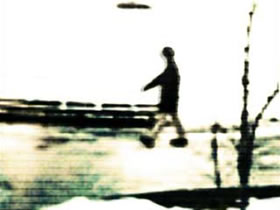 Being original is a vexata quaestio for all the art critics. Every art studious knows that sooner or lather the question will have to be faced, willy-nilly. And, in the majority of cases, the points on which art studious lean on are predictable: Walter Benjamin, Jean Baudrillard, Rosalind Krauss and so on

The territory is slippery and even too huge: it is possible to create space-time flight, combine philosophical concepts and market analysis, produce conceptual escalations that points right to the dissolution of the art concept itself. This is the importance of the idea of “originality” for a work (that is sometime also related to “origin” and “originality”). The technological development, who exponentially augmented the “reproducibility” of art, complicates more and more the situation, turning the opposition between “original” and “copy” into an impossible data to manage.

In the époque of contents sharing through the Net, in fact, we always find ourselves in a new condition of resources ubiquity, always disposable in a million of versions indistinguishable one to another: an army of multiples without an original.

These are some of the theoretical cues that inspires the P2P Art project, started by Anders Weberg (1968) in 2006 and still running. The Swedish artist subdue his works to the same mechanisms of distribution and fruition (some would call it piracy) of commercial movies or music shared online through P2P nets nowadays. Videos are uploaded and shared, while original files are deleted forever. Therefore the work starts its new, autonomous life, surfing the Net without any control, in a compressed low-resolution version. And this means it can also estinguish.

Valentina Tanni: How did you come up with the idea of creating video works distributed only on peer-to peer networks?

Anders Weberg: For me this has been a slow process growing on me and is a result of a couple of observations.
I’ve been online since -92 and followed the transformation to where we are today where the boundaries between online/offline is blurred and I’m always curious on how new technologies are used by the public and how that can be transformed into my own work.

Valentina Tanni: In the website you talk about “aesthetics of ephemerality”. Can you explain us this concept a little further?

Anders Weberg: It’s a way to acknowledge the beauty of work that is existing only briefly. This has been done many times before in the art world using different media and methods. For me personally I’m always interested in the work process but the finished work is of no value. I just move on to the next thing. So this project is perfect for me.

Valentina Tanni: The project is a clear statement about the changing nature of the work of art in the digital era. Is the concept of “original” really obsolete?

Anders Weberg: I think the “precious” original always will have a place in a lot of people hearts but today most of us treat all kinds of media very ephemeral without that much care about the precious original when everything is available and free online. Is there a value in an exact replica as a digital copy versus the original?

Valentina Tanni: Do you actually destroy the original files once they have been shared and downloaded by someone else?

Anders Weberg: Actually the original is deleted before uploading and sharing the copy. That since the file is a rendered avi file in the same compression (Xvid) most films on the p2p networks is distributed as. After that rendering is done all the original files including raw material, project files and so on are deleted without any delay. So even if I would like a copy of my own that’s all I can download .. a low res digital copy.

Valentina Tanni: Do you mean to be critic about the art market, or is it just a “side effect”?

Anders Weberg: It’s a comment and not any critic.

Valentina Tanni: Tell us a bit about the feedback you’re getting. Are you monitoring the spreading of your files through the networks?

Anders Weberg: Since I uploaded the first work in September 2006 I’ve met a lot of different responses to it. The most amazing event that really explains how small this world really is was then a friend of mines neighbour had some British friends visiting and they where having a few beers in the garden and the neighbour told them about a crazy project with someone making a film and then deleting it .. my friend overheard the conversation and repsponded that – it’s my friend doing that and he is Swedish and lives in this town. There is no way to monitor the spread of the files. The only thing I can see is if the file is alive and still existing or not. To be honest .. this project has failed since all 3 released films are still alive. But there is still no original.