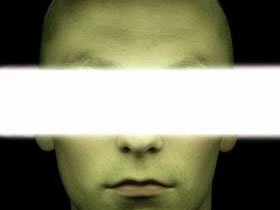 Alex Steffen is one of the most renowned voices as far as environmental sustainability and studies on the social impact of technology are concerned. From his biography emerge collaborations with Weiden, Kennedy, Nike, Amazon, Ideo, Arup, Nau, Yahoo! and the World Travel and Tourism Council.

He was recently the main character in a CNN documentary dealing with forecasting possibilities for the future and he was labelled by New York Sunday’s magazine Ecotecture as one of the most influential innovators worldwide.

Besides all that, or maybe because of all that, Alex Steffen is a political optimist. Let’s see further into the definition of “political optimism” <http://www.worldchanging.com/archives/007919.html >, as it could not feel any further away from the actual western technological and political scenery. Steffen’s optimism is not the wannabe reflection of a life spent in a safe (late) capitalist environment, but rather the result of an approach other than cynicism: “Cynicism is often seen as a rebellious attitude in Western popular culture, but, in reality, cynicism in average people is the attitude exactly most likely to conform to the desires of the powerful  cynicism is obedience.” The only answer to such cynicism is the revolutionary act of optimism.

The forecaster is perfectly aware of how dangerous the relationship between man and the environment is. He quotes articles such as Guardian’s <http://www.guardian.co.uk/science/2005/apr/14/research.science2>, where ten possible apocalyptic sceneries which could lead to the extinction of mankind are listed: climate changes, telomere erosion, terrorism, viral pandemics, nuclear war, meteors, robots, astral storms, vulcan eruptions, black holes; he also wrote several articles linking world hunger problems to the development of global economy, but the thing worth being stressed is that this “optimist” proposal originates from the fact that the widespread pessimism in the Northern-American and European debate on the future of technology transcends the field of science to include the political usage of knowledge.

According to Steffen, the strength of political pessimism expresses itself mainly as a form of giving in to global problems and to the expenses (in economic and social terms) which would be necessary to solve them. The politics of fear merges with technical and scientific pessimism into the “politics of the impossible”.

In an article called Why Sustainability, not Terrorism, Should Be Our Real Security Focus
<http://www.worldchangng.com/archives/004799.htmli> he supports the thesis  later given worldwide attention by Al Gore’s An Inconvenient Truth  that the real priority of the U.S national security is sustainability, not terrorism. It is also interesting the fact that Steffen’s thesis originates from a document called A False Sense of Insecurity <http://www.cato.org/pubs/regulation/regv27n3/v27n3-5.pdf>, from the Cato Institute (a conservative think-tank). Sustainability is a political priority, as the number of American citizens who die because of climate change effects and pathologies related to the uncontrolled urban expansion is way higher than terrorism-related deaths.

His latest book Worldchanging: A User’s Guide for the 21st Century, introduced by Bruce Sterling and promoted by Al Gore, contains a more complete explanation of “political optimism”. The book includes a selection of some interventions from the Worldchanging project <http://www.worldchanging.com/>, dedicated to the exploration of the possibilities in the future of technology.

Alex Steffen‘s political view remains a strictly personal one, as the author himself admits, but it still is a good starting point. It must besupported by the belief that we have the ability to create and develop solutions for the most serious problems in the world, while the consequences of failure require immediate action. The costs for sustainability need to be evaluated according to new standards: the old economy value of prosperity needs to include environmental stability, international security and the well-being of mankind.

Sustainability’s action program must describe the sceneries of success, the desired future and the solutions in order to achieve these results, still “Nothing about the politics of optimism needs to be naive”: uncertainty must be considered seriously, delusions and causes for failure such as lobby alliances, corruption and boycott must be prevented. Therefore, it is necessary to make all financial channels as clear as possible, and failure is not to be considered a predetermined part of the process; besides that, the politics of sustainability should not turn into a struggle between the past and the future.

We must never forget, as Steffen reminds us, that the absence of an optimist vision  an “engaged” vision  can only bring benefit to the politics of the impossible; in a paradoxical way, unhopeful perspectives are often promoted by activist groups: yet, understanding what the risks are is different from thinking they are impossible to be stood up to. We must never forget that every time we explain how to live in the future in a better way we redefine the limits of what is possible.