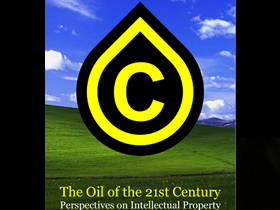 From 24th till 28th May Berlin was the meeting point fot that weird and unruly network of activists, artists and hackers whose experiences and projects have intersected more or less continuously for a time at a global level. This time their objective was to study the formation politicies and thus to share experiences and ideas on the growing importance of the spread of knowledge and the access to immaterial resources.

Among the different projects presented at the summit, the one we think worth highlighting in this article on p2p , is that developed by bootlab, the established Berlin hacklab for long engaged on different projects which study the development of new free and accessible technologies in their complexity, together with the experimentation of new forms of social subjectivity.

The issue regarding the access to immaterial resources and his capitalization by few giants is more and more evident: in this process the 2.0 web have been one of the means which made the global exploitation of web users’ skill to file and organize data possible. Just think about what Mr Mark Getty, the inventor and magnate of gettyimages , said about intellectual property, which, in his opinion, is and will be the oil of the 12st century. It is clear that behind the rhetoric there is a real war on knowledge issues going on; the metaphor seems almost to justify the recent deployment of defense and attack technologies: from digital right management to the recent approval of the European directive which criminalizes free access to the resources , the IPRED2 , or still the Intellectual Property Protocol Act which has been recently proposed by the United States, which penalizes even the “try” to break the intellectual property.

It is from that situation that Oil21 project start its reflections, aiming at beginning discussions and study sessions to understand the often idealized world of piracy and all the aspects linked to the concept of intellectual property, as well as at developing a technological support that can make the huge amount of data within p2p webs easier to access.

By now an archive of more than 600 titles on p2p webs is available on piratecinema.org : you can search by title, genre, author and actors, as well as by a limited number of key words. What Oil21 project means to propose is to widen the archive by indexing all the subtitles created by fansub community too, which would be new for a multimedia database, thus using a huge resource which has been freely generated by users themselves.

In this first stage bootlab is building the server and developing the interface in pyton, which will be soon accessible from the project’s site. Beside greatly increasing the possibility to ask questions to the database, they will allow to watch the film as a scene sequence as well as a timeline. Another important aspect is the totally autonomous character of Oil21, though the project is sponsored by the culture foundation of Germany federal government. So all data and information which will be gather in the database will not be capitalized, on the contrary they will be freely accessible on a global scale.

Oil 21 is the essence of sharing, as well as the perfect fuel to cross the desolate country of copyrights. But this is just the beginning of the journey, so jump on board.