Warren Neidich, Between Brain And Culture 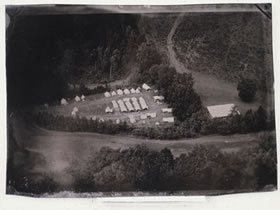 The emerging of new technologies implies mutations which have a deep influence both on our physical and on our psychic existence. With new technologies the environment changes, as well as and the stimuli we are exposed to. And the way we imagine changes too, letting new meanings emerge within a complex relation net between social, historical, economic and cultural conditions.

After the spread of the Internet culture develops new connotations: no more linear and hierarchical, it became rhizomatic and dynamic; space and time categories have radically changed in our system of experiences, influencing the birth of new relations within the brain. New images brought about different aesthethic concepts and redefined the way we feel objects and our relation with the world. The cultural context re-configured by new technologies has thus changed both the object and the subject. And the contemporary observer is able to appreciate aspects of a work of art that couldn’t have been imagined before

Warren Neidich has worked on the border between art and science. He is an American neurologist who has worked as an artist since 1993. He owned an art gallery, he wrote some books, he was one of those who founded www.artbrain.org, a site in which written works about the relations between the brain and culture are gathered.

In his artistic production Neidich uses mainly pictures and videos, among other means of expression. In his research he deals with the effects caused by media on human perception and on memory;moreover he studies how social structures are re-contextualized on a cognitive and consciousness level. Through his works the artist tries to stimulate a critical reflection on reality and its mechanisms.

In my interview to Warren Neidich I tried to look into some aspects regarding the relations between science, art and new technologies.

Tiziana Gemin: You worked as a neurologist for a long time, then for the last ten years you have devoted yourself to art. Can you explain how your interest began?Could you tell what the relations between your scientific background and your present work in the arts are?

Warren Neidich: First of all i have allways been artist. I started making photographs seriously when i was 17 years old. My parents were very interested in art and as a teenager i was in the whitney museum and Museum of Modern Art every weekend and if not there then in movie houses watching films like Red Desert , Blow-up, Jules et Jim, Meprise, 8 1/2, Satyricon, Obsession and so forth. Very early my life was filled with art and very early i dreamed and imagined with the images of cinema. I studied photography in College and had my first exhibition there. My first serious work was my project American History Reinvented which became a book published by Aperture. I used actors in grand historical re enactments of five different periods of American History. I printed each work in a different historical material like albumen or platinum. I made this work while i was a clinical instructor of Ophthalmology at New York Eye and Ear.

I believe the exciting thing about the relation of science to art is not the technological fetishization of its practices, methods or apparatti but rather the way that it becomes part of the ministrone that is our experience of the world. The way that art and science meet in the landscape also inhabitied by social responsibility, political intrigues, economic flows, psychic disturbances,historical distortions to produce momentary cohensions of meaning. Meaning being what makes us all want to live and have purpose to go on.

Artists from the beginning of time have incorporated the new possibilities of science into their artistic armentarium. Look at the the way Poincares idea of the fourth dimension becomes of interest for artists like Duchamp, Picasso, Van Doesbourg and Breton. And what is most interesting is the misunderstanding. That artists interpret these results and in the case of the fourth dimension used it as a means of escapy the tyranny of one point perspective. It openned up art to new dimensions. The information theory of Norbert Weiner, Cybernetics becomes when collaged with the George Kublers The Shape of Time fascinating things happen for the artist Robert Smithson. Ways of invisiioning the world become opened up and new possibilities for artworks become possible.

In my own work my knowledge of science has created stepping stones with which to leap from. The streams of information that i sample are vast and scarry. I collage the metaphors together into patterns and shapes of cultural discourse which for me loop back into the matter of the brain changing it forever and forever.

Tiziana Gemin: In 1995 you created the term “Neuro-aesthetics”, what do you mean by this word?

Warren Neidich: Neuroestetica was the term i used to dileneate the way artists using their methods, histories, apparatti, contexts, performances etc investigate through first person subjective inquires the same spaces and times of neuroscience. What they come up with is a humanistic distribution of the sensible that is competes for the multitudes attention with the institutional understanding. Aesthetic Neurobiology is that research into aesthetics that neuroscientists do that reaffirms the static networks of sovereignty in the control and manipulation of the brain.

Tiziana Gemin: The ideas about space and time have changed with the Internet. How that influences our way of imagining?

Warren Neidich: I have been writing for some time about the mutated observer and the cultured brain. As the internet exudes from cyberspace and begins to change the shape of for instance architecture, design etc in what refer to as the real world the developing brain at critical moments of development will reflect those changes in the way that the world is processed. Digital time and digital space as it is non-hierarchical, and rhizomatic will configure the matter of the brain and its dynamic possiblities differently. An early predecessor to digital culture was Situatiionism and its idea of the urban space as a place of drifting and remaking. Situationism led to paying attention to things outside of the institutional understanding, walking through the city by using streets that were abandonned or going through buildings, using methods that led to random associations of the cities places. These different practices led to different kinds of memories for its practioners.

Derive Memories. Memories that concerned vast networks that were outside of those organized stragically by the hegemonous political organizations that dominate most of our lives. The situationist were interested in de-spectacularization as a method to resist mediated memories. These have implications for the brain.

Tiziana Gemin: In several works of yours you talk about memory. What are the relations between personal and cultural memory?

Warren Neidich: Architecture, Painting, sculpture, design are the repositories of cultural memory. The existing social, political, psychological, economic and spiritual relations that define an age also help to form the ideas and impulses that produce culture and vice versa. In many ways the history of culture is embodied in the cultural landscape it produces. The pompidou center would have been impossible with the decisiions and practices that evolved say for instance from the Louvre. Both reflects different historical, technological, material and cultural conditions which they instanatiate into themselves. This of course does not describe a linear relatioin as the those conditions are labile and recursive as one period my affected by the proceeding moment but in its production it also changes the conditions of the perception of what came before it. But it is this cultural memory that together with the innate genetic dispositions of the brain and its neuroplasticity, the malleability of the forming brain,produce the cultured brain.

The subjects interaction with these repositories of cultural memory produce new forms of subjectivity whcih are able to perform themselves on the daily quotidien of everyday life to form unique individual memories that are tethered together into functioning networks of perception and attention. Each generation faces a novel landscape of cultural memory that interacts with each individuals personal history. Today the methods are as important as the actual objects and things. Cultural strategies of networking have had profound effects on the way individuals sample there world.

Tiziana Gemin: Are works of art created inside the Internet culture radically different from the works created before?

Warren Neidich: I want to reiterate that artists have always used new technology to expand the horizons of art. The recent flattening of interest in media art is due to the fact that most of these artists did not understand the way there work fit into the history of art that proceeded them. That history may not be linear but it is all the same important. Media artists have not invented the wheel for the first time.

Tiziana Gemin: What’s the role of the artist in contemporary society?

Warren Neidich: Artist produce objects and relations which provide a form of gymnastics for the brain. All though it sounds quite romantic I still believe artists little the cultural landscape, lets say visual, with new forms of objects, object relations, spaces, null spaces, performances and actions that produce new possibilities for the configuration of the matter of the brain. This is a continual project with objects and object relations being recycled in the context of cultural conditions. The boundaries and forms of visual culture are in flux. This flux activates the virtual, Deleuzian Virtual, potentials of the brain unlocking them. The brain undergoes transformation along with the mind. Art is a sacred space where research on the margins of what an object or relation is is still possible using alternative methodologies and systems. This in the end unlocks the neuralbiodiversity we are born with.