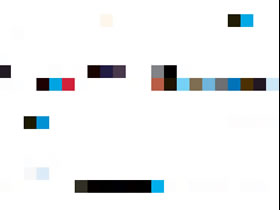 The relationship between digital art (I find it more and more difficult to use that that expression “new” media art) and the market, it is a subject important for artists and professionals which is however still not very developed.

We can start thinking about who is involved (or would like to). For snobbism let’s start for artists, or more humbly for digital creatives. Those are the one who create digital contents, hardware, software, or hybrids as virtual communities. To create you need energy, which economically speaking means money and time (both as artist’s time as users’ time, especially in the economy of attention). Let’s talk about money

The art system revolves around the creation or attribution of value to objects or processes. Such value is decided by a complex system where critics define the value which will be then decisive in the translations towards private collections or museums. Within the attribution of value, the art system doesn’t depend much from practical uses of work, nor from its popularity or diffusion.

The economic factor (and consequently social) shouldn’t be disregarded. During the 80’s auto production anticipated many of the subjects and paths of modern digital art. Auto production intended to create circuits to produce and distribute above all music, videos and books, outside the normal circuit of mass media, but even outside the economic of art.

The majority of the titles were connected to HARD-Core Punk (which otherwise from Sex Pistols” punk, didn’t mean to cheat the system, but to create antagonisms) but there was plenty of space for experimentations in the field of electronics. On one side, there was the need to create this circuit because there wasn’t any other way to affirm one’s identity, but together the belonging to the circuit itself was often more important than the product itself. Moreover, the rule was to exchange the pieces on a relative equality level a LP with an IP, a VHS with a VHS, a book with a book, and everything for low prices.

Through the electronic sound, many came to cyberpunk and digital art, always through economic logics going from sharing to hack, always far from establishment (at least ideologically). The same rave scene, in its evolution, didn’t favour the stardom system. The materials are conceived as basis of infinite remixes.

Even mainstream groups such as Nine Inch Nails play on those positions, leaving and facilitating the remix of their own tracks, or using viral marketing techniques through fake web sites or USB keys with demo left after their lives before the new record release. This kind of operation is typical of many productions of digital art, more careful to subjects such as community and interactivity, but even a critical eye on creation mechanisms, distribution and content control.

The pre digital artist (let’s say the artist who has typically studied art and whose point of reference is creativity even electronic up to the end of the 80’s), whose point of reference is an art gallery. The digital artist lacks often in a classical formation, even because recently it is quite normal to have courses and digital studies within academies.

On the other hand, art galleries more careful and experimental have noticed digital art, but they don’t know how to face it. The problem is that digital works could be hardly be hung on living rooms’ walls (or on the director’s office) the majority of important works from the 60’s on are even more difficult( just think about Mertz or Richard Longo or Christo) while, on the other hand, galleries such as Bitforms propose digital works which are explicitly thought to be hung).

It is in part a problem of language; in part it is difficult to give a value to an object which is often fro definition is infinitely replicable and deliberately and freely manipulable. In the end, a good part of conventional economy bases on the concept of scarcity: a useless object is as much precious as it is scarce (or difficult to understand) In digital economy, this isn’t always true, on the contrary.