Video Online, The End Of The Beginning 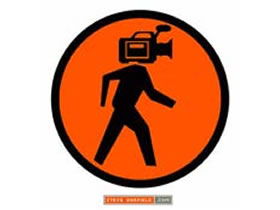 The Net is the most huge communication prosthesis ever created. It is part of the definition “new media” and it is therefore different from the “old media”. The distinction is necessary as the Net can be considered a real new media, a big ensemble with numerous subsystem, included the traditional media. We can in fact ear all the radios poadcasting their programs online but also download old TV shows.

It is possible to see the last IENE episode or know what BLOB will transmit, more than send video or signals. On line rules the user centred system, that means give the possibility to manage their own contents depending on their own preferences, as some sites that initially gave the opportunity to create a free personal page (Geosites or Lycos).

Then the blog born. A simple website, a sort of personal online diary, that evolved with the market uses and interests. It got bigger and bigger, to the point of being part of the most famous journal, where every reporter comments events related to its area. There are blog from the radio, such as “Il blog della Pina”, a young Milan singer that works as speaker, or blog from the TV, such as the “Avere vent’anni” Mtv program blog, where the author’s just let people do the talking.

During a meeting at the Biciclette in Milan, transmitted live online on Skype, the director of Technocrati, a well-known research engine for blog, made an Italian top of the blog, where is explicit the importance of the page-ranking. So there’s people like Marco Montemagno from Reporter diffuso , transmission of Sky, that contrast BLOGO with Blogsfere , a network of blog that covers the majority of interests with blog by experts, journalists and curious.

From the blog point we got into the new phenomena of the Net, the video , that saw in a few months the creation of online sites that allow the users to upload their videos. There are lots of website, with quite the same graphic layout. The most used is Youtube , recently bought by Google. There are though many others, such as Flux by Mtv Italia, where the best videos are chosen and streamed free on TV. There’s Reever , the first website that allows the videomaker to earn something, paying the visits received. Or Dabble , a research engine, and Blip.tv , that allows the upload of long video on your own website without links or spots.

NBC is a clear example, that once uploaded its video on Youtube and now has an own site dedicated to the videos.

The TV has several controls on what is transmitted, controls that don’t exist online. These kind of websites are totally managed by their users. Moreover the video is an instrument of supremacy, as it is possible to capture hidden images without being seen, but even a violence since it violates the privacy.

This has been a theme of the meeting about the viral videos during the film festival in Milan , organized by the group Esterni from Milan at the Borsa Democratica del Cinema area. It’s been intituled “The viral book trailer, new media for traditional media” and subtitled “sexy video”, and it’s about the possibility to create video trailers of books and diffuse them online after the publication, as happened in the famous Melissa P. case.

Antonio Caronia , from Naba , in his speech cited three names: Wittgenstein, Barroughts and Clarence . He initially talked about the writing as biological form and about the viral as life form. The viral video as surprise-innovation that becomes reality. Paolo Pedercini from Molleindustria has contested the position of video trailer to promote books, anticipating the several comments on how the video can be a limit for the imagination that the lecture offer.

The viral video in Italy links to the movement of Guerrilla marketing. In fact Ninjamarketing was present at the meeting and talked about the huge success of youtube, with its 65.000 video uploads a day, the success of a guitarist famous thanks to the Net but also the low resolution of online videos.

The viral video term, in a deeper definition, refers not only to the amateur videos, but also to the video contaminated by market exigencies or by the attempt to control the communication. Diffused videos to communicate messages of marketing and control on the market tendency. Everything on this visible video is able to reveal interests for the market, to diffuse and visually impose the product. Most of all in a video seen by million of users.

So here’s the spreading of trailers, short spots but also a website viralvideo.it dedicated to the viral video. Freedom is not a virus, spread the contagion!.

David Moore by Getdemocracy.com affirms that more and more people are detaching by the traditional TV, moving the attention on online videos. The video pierced the most important online portal, but also the universities that proposes the streaming of live lessons, events and meeting.

The diffusion of online videos is linked to the ADSL usage and the circulation of video-cellphone, with whom everyone can make videos and upload them online. It is useless be astonished by the variety of videos that mirror the diversity of the human race. Jovanotti shoot a video with his cellphone and Daniele Bossari has been one of the first cell-blogger of Italy .

From the evolution of the blog start the vlog (video + blog = vlog) . As the blog, its first application is online diary. In this case with the video. The phenomena is widespread in the U.S. , where the first conference of vlog took place this year in San Francisco . VlogEurope is an website of European vloggers that will meet in Milan in November for the meeting Vlogeurope2006 created by tvblob .

The videogame world give birth to a new trend: the machinima, film from the videogame ambient. Moreover, the diffusion of 3D communities such as Habbo or Second Life , the videos record the behaviour of participants, interesting point for a sociological research. Machinima has its own festival and the Mtv virtual game Laguna Beach will be transmitted on TV.

From TV to videogame, from videogame to TV, from TV to radio, from radio to the Net: a real game with the media as in the performance of the cycle Grat Circle by Nico Vascellari exported in Basel . Not all seen is real and the diffusion of the second virtual life this border is getting thinner and thinner. It will be useful to peer intently.

This is the reason why school and festivals dedicated to the new media and meta-mediatic research born continuously. Not always though the message is hidden, it can also have any sense. And disturbing Watzlawick and the axioms of communication, I’d like to close saying: “It is impossible NOT communicate”.