When The Dj Goes To The Cinema 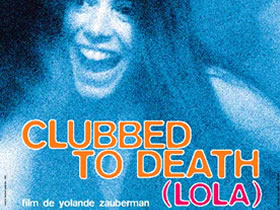 In these last few weeks news has emerged that Thomas Bangalter and Guy-Manuel De Homen Cristo have finished a feature film entitled Daft Punk’s Electroma that talks about two robots that are intent on finding their own humanity.

In practice they have put images to the concept that lies behind their latest studio album Human After All and a large part of their aesthetics “cleverly inherited” from Kraftwerk . It’s not so much the daftpunkian aesthetics that we want to talk about but rather the fact that the two producer/Djs have decided to become directors bringing in some way electronic dance music to the centre of attention. How many times have club culture and Dj culture become cinema? How many times has the cinema taken from club culture to build its own stories? How many times has Dj culture been visually transported in the right way?

These are some of the questions we tried to answer taking a glance at some of the films, that in one way or the other have told about or have been influenced by the world of Djs, of clubs, of electronic music and all that goes with it.

Obviously, the fact that there is a scene in a disco isn’t enough to tie a film to club culture otherwise we would have had to include the entire production of Vanzina and at least a hand full of films by Nino D’angelo! In the same way we can not consider a large part the films of the late 70’s and early 80’s that capitalise on the success of disco music, to be tightly tied to club culture. Even “Saturday Night Fever”, considered to be the initiator of these films, in some way put an accent on the dancing, not so much on the music and the figure of the Dj. To confirm the lack of underground credibility of the film was the fact that the soundtrack was entrusted to the Bee Gees and not to the more credible black artists of the disco music period. That’s why in the end the films that came out almost twenty years later are those that best represent the atmosphere of those years, films like 54 (1998, Mark Cristopher) e The last days of disco (1998, Whit Stillman).

With the fall of the disco music also the figure of the Dj lost its mainstream charm and so, in the 80’s the Dj survived as a sort of tourist animator and in the narrative American cinema the Dj is he who “scratches”, the turntablist, the musical engine of rap and hip hop that conquered the youth of every social and ethnic stratus of the period.

As a result, when house and techno music were still phenomena tightly tied to the underground, relegated to the lone areas of Chicago and Detroit and the New York disco scene was dangerous stuff for the real nocturnal animals at the limit of humanity, as represented some years after in Party Monster (2003, Fenton Bailey, Randy Barbato) , and breakdance catalised the attention of the film industry in the mideighties. Films like Beat Street (1984, Stan Lathan) e Breakin’ (1984, Joel Silberg) are b-movies with discreet commercial success tied to the cinema of exploitation.

The enormous ghetto blaster that blasted electro music were almost more important than the Djs’ themselves, who produced those electro breaks. The 1980’s are about to finish, the youth comedies are starting to show signs of collapse and the youth universe represented by John Hughes starts to creak, and rap music beats new-wave; it’s the new black middle-class that substitutes young white comedies: this is the essence of House Party (1990, Reginald Hudlin) . The party in the house, two turntables and a microphone take the place of those boring, conventional end of the year balls.

For that reason, in the 1990’s club culture is practically unrepresented. The youth hold parties at home according to mainstream cinema. What happened to the rave? Where’s the summer of love of 1988 ? There seems to be no trace of it. A few small independent films are able to insert perspectives into what is moving in underground music, but only a scenario, something that is not so understandable, almost anguishing: Night Owl (1993, Jeffrey Arsenault) for example describes the scene of the arty New York clubs as something dangerous where one could even meet a vampire while it’s Screamin’ Rachel that shouts some house rhythm of the epoch.

The 1990’s, musically speaking, go back into the hands of rock thanks to the so called ” Seattle sound” and all the hype that goes with it. House music, even though born in the USA , gains great success above all in Europe but, at the same time, in England it is seen as an issue of public order: therefore it is ignored by the film industry. Since it’s the Untied States who play the games of the film world it’s obvious that the union music-youth is represented in the early 90’s by a comedy “MTV Style” like Singles (1002, Cameron Crowe) .

But club culture doesn’t stop and if it’s true that it’s the aspect tied to drugs that is mainly explored by English cinema it is also true that in the mid 90’s the first valid documentaries emerge, which testify the real musical revolution that had just happened: by the French Universal Techno (1996, Dominique Deluze) up to the fundamental Modulations (1998, Iara Lee) . At the narrative cinema level instead, on one hand there are the excesses and dramas of Trainspotting (1996, Danny Boyle) with a hammering “Born Slippy” of Underworld that becomes generational, on the other hand the releasing rite of the union MDMA and club culture treated without restraints in Human Traffic (1999, Justin Kerrigan) , in which an certain deep down goodness meanders in a hypothetical motto of a parents committee group seems to be “they are completely out of it, but after all they are always our children and consequently, they are good guys”. But if in England by now club culture is discussed in well to do dining rooms, in France a small arty, intimate, experimental film, perfectly describes how love is born in a rave, where the music is more of a star than the dialogues; Clubbed to death (1996, Yolande Zouberman) .

Finally, at the end of the 1990’s the United states also seems to realise the presence of numerous raves on its own territory and although the majority of the youth is bombarded by rock and hip hop there’s also a noisy minority of regular rave goers. There are two films that describe the American rave scene: Go – (1999,Doug Liman) and Groove (2000, Greg Harrison) . Both use the rave culture as humus to develop transversal stories but the initial scenario is very important for the development of the narrative plot. GROOVE in particular, even if all in all not as well done as GO, shows a true love for what Dj culture is.

But in this first part of the 2000’s where some really interesting films that fill some of the holes in the theme crossover cinema-dj/club-culture have emerged. 24 Hours Party People (2002, Michael Winterbottom) sets off from a New order 1980’s to describe the hedonist and wild Manchester scene of the late 80’s, the so called Madchester where house music and pop rock live together without so many problems between one excess to an other. It’s all gone Pete Tong (2004, Michael Dowse) pushes itself over the limits and building a “mockumentary” around the figure of the Dj Frankie Wilde brings to the screen the technique of mixing cues inside a linear narrative context. The screen splits into two parts, the audio on the right allows one to hear the disco that’s playing on the dance floor, the audio on the left in the headphones and a fade-in between public and “crossfader” which unveils the magic of the moment, perfect mixing. The magic of mixing is a question of brief instances, of shades, of “frame”. And a few frames, a sequence or a rough sketch of a situation can be enough to catch the moment: the emotive essence of club culture. Two great directors in films that incidentally end up having at least one music scene in a club. Masterpieces like come High Fidelity – (2000, Stephen Frears), 25th Hours (2002, Spike Lee) and After Hours (1985, Martin Scorsese).

On the documentary front there is the fundamental Maestro (2003, Josell Ramos) , four years of interviews with stars of the club scene that have made an epoch, from Loft al Paradise Garage up to Warehouse: the maestros that give voice to emotions.

And also a unknown documentary, almost impossible to find at least if you don’t take a trip to Chicago, by the title of The unusual suspects: once upon a time in house music (2005, Chip Eberhart) in which the director is that CHIP E., author of one of the first ever house pieces: the story tells and sees the story through the stars eyes. The Dj with the camera paraphrasing the title of the famous masterpiece of the epoch of the mute Dziga Vertov. The camera that explains the magic of those men who played with the sound machine. Human after all.