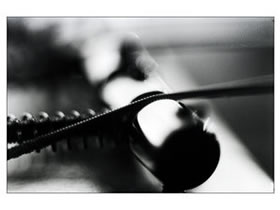 Deviant ART (DA) is an art-oriented web site. It’s a virtual art gallery where artists expose their digital works and chat with users. It’s even a work place, where young promising artists looking for gigs can be noted. It’s a social place, where you meet people, you can criticize and fight and you grew up. It’s also a political place, where you can talk over public morality, the law on copyright and sometimes censorship. It’s a community with all the merits and deficencies of a small social system. On line!

The young photographer Echomrg has been a DA member for 5 years, he entered one year after the creation of the deviantart.com web site. He talks about this network, its dynamics and expectations through his virtual artist direct experience.

Echomrg: There’s not a single way to define DA. DA has hundreds of thousands of subscribers and users, it’s a so much wide and complex reality and it’s very difficult to determine what it really is in a certain moment. It’s a constantly developing and changing structure based on its artists’ community.

For me it’s mostly a space of confrontation where I can show what I create (mainly photographs) and where I can look for spurs, critics (sometimes insults) that gives me the possibility to grew up as a photographer, to improve my knowledge and talk over my works with people who share the same passion as me. At the same time it’s a place where I can look for inspirations and come into contact with different styles. It’s a little bit like exposing your works of art at an art gallery and then walking along the exposition corridors chatting with visitors. Some of them will give you a good idea to improve your work; some of them will want to show you one of their works hoping you’ll suggest them something.

This is my interpretation, the way I use the web site. There are as many interpretations as the number of users: there are well known artists looking for a place to meet other artists and others who use it as a portfolio; there are students of art looking for gigs people wrote a lot of “treatises” – from the sociological type to the satirical one – on the stereotypes of this web site’s users!

Beatrice Ferrario: Who are the network founders?

Echomrg: it”s not an easy question. The web site was created by Scott “Jark” Jarkoff and Matthew “Matteo” Stephens , but it was initially linked to another site involved in music founded by Angelo “Spyed” Sotira , who’s now the DA president and who claims he’s one of the founders of the web site.

Last year there was an internal community movement stirred up by the Sotira & Stephens’ decision to expel Jarkoff from the administration of the web site probably because of some arguments they had about the commercial nature of the site. This caused a strong reaction from the community that protested supporting Jakoff: users created ten thousands works of protest and they wrote an infinite number of messages to answer to the declarations of the remaining administrators.

Beatrice Ferrario: What are in your opinion the positive aspects of DA?

Echomrg: The community gives its opinion to all the decisions on the web site administration. The protest against Jark’s exclusion is an example of it. Then you have the possibility to meet and take inspiration from people of all around the world. A prosaic but not negligible aspect is the web site is free. If you subscribe you can access to advanced functions, but both subscribers and users have the same services at their disposal.

Beatrice Ferrario: And what about the negative ones?

Echomrg: Negative aspects are the same negative aspects of every community: There are open-minded persons and there are some persons who’re only looking for verbal fights where there’s something which doesn’t correspond to their vision of reality.

Another problem is the commercial nature of the site and the American legislature: to avoid problems on the publication of material that can be considered as obscene, the decision to remove a work of art is at admins’ discretion and nobody can raise any objection. This sometimes can degenerate into censorship.

Beatrice Ferrario: Persuade someone to join you!

Echomrg: If you’re looking for a reality where you can set your creativity free, where you can meet persons of all around the world who share the same passion as you, DA is the right place.