For A Democratic And Shared Net 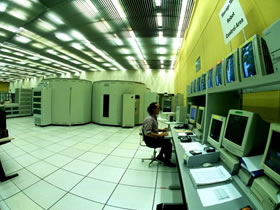 During the last weeks, the World Summit on Information Society took place in Tunis , two years after the summit of Geneva , and had to deal with global strategies in order to face the issue of digital divide.

The most discussed subject was instead Internet Governance, much more interesting, of course, both as far as economic earnings and social control are concerned. Who has the power to control internet? Who controls the way the new electronic frontier is developing? The result of one of the most discussed international summits of recent years (strong is the anachronism between the democratic welcome message of the President Ben Ali and the choice to settle this summit in one of the countries with the biggest control over internet information worldwide, thanks to censorship actions and to repression of freedom of speech in the activist and protest blogs of young Tunisians, at home and abroad) is that in a virtual environment, once more, dynamics and conflicts develop reflecting partly the politics of geographic environment.

The issue concerns the US monopoly, holding the structure of assigned addresses, the domain name system (DNS). At present, the system is controlled by a non-for-profit organization whose offices are in California , the Internet Corporation for Assigned Name and Numbers (ICANN), charged by the US Department of Commerce. In a preliminary meeting in Geneva , some months ago, one of the topics on the agenda was the identification of more shared control methods of the net at an international level. A proper request that actually clashed with the rigid opposition of the USA .

The most critic countries on this US control are non- aligned countries such as China , Iran , Pakistan and Brazil who accuse USA to have a centralizer and “imperialist” attitude also on internet. Europe too has criticized, even if moderately, the American sovereignty . The risk is even a World Wide Web “divide”, with the birth of different internets controlled by single nations. A paradoxical step backwards with the subsequent loss of the most revolutionary aspect of the net: a global environment, accessible to everyone with no frontier but languages.

The issue is complex and anything but expected. On one hand, it is obvious to say that the US government controls with authority the assigned names and addresses of internet and, on the whole, the structure process of the net (whose original development was sponsored by the US government itself). On the other hand, we must say that the countries criticizing more violently this status do it in favour of a stronger state control. Countries such as Iran , Pakistan and China are concerned about having the opportunity to control and censor internet contents. Anyway, we can’t deny that US have a liberist approach to internet based on market calculus and consequently focused on the necessity to hold its supremacy on E-economy.

It’s even true that at present, comparing it to the totalitarian attitude of many countries accusing the American control, it is the one that seems to grant the survival of the libertarian philosophy that has always animated the net pioneers, rendering it a unique experimentation environment on horizontal auto-organization. In this case, the US worries for freedom of speech requests are not only propaganda even though, once more, it’s in the name of freedom that you take more liberties. The co participation to the internet governance is a fundamental necessity that must be sheltered as much as possible from the countries’ political supremacy.

Unfortunately, the forum of Tunis has experienced, on these subjects, a clash with these rigid positions that didn’t bring to any turning point and, as it happens frequently, has engendered new small forums. The result was the creation of IGF- Internet Governance Forum  that should take place on next semester in Greece and will gather representatives of governments, industry, civil society and local autonomies who will think about a more shared as well as democratic control over internet. We will stand and see.