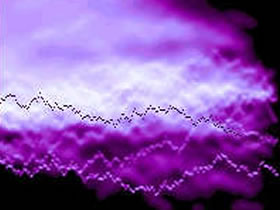 Artificial Life (or Alife from its abbreviation) born from a promising interaction between evolutionist research and informatics: in the computer simulation environment a togetherness of instructionist technology and selection processes are applied, taken from the Darwinism paradigm.

Intuitively, the theme of artificial life is the computer simulation of the behaviour of real organisms and ecosystems. Through this artificial reproduction of life, numerous scientists look for the answers to questions about the nature of life and evolutionary processes that characterise a living organism also trying to understand the dynamics of the underlying evolutionary processes that have brought the primordial mono-cellular life form to the existing complex life forms. These dynamics reflect an informationist approach in opposition to artificial intelligence: the command instructions are not top-down but bottom-up, which means that when survival competences rise, they rise for an adequacy that such competences show in response to selective environmental pressure.

Alife had its consecration in the nineties (though already in the fifties John von Neumann showed how it was possible to create self-replicating systems at a mathematic level).

Among the pioneers of evolutionary simulation, we find John Holland who in the mid-seventies developed the so-called Genetic Algorithms, programs that have the ability to “evolve”, in the sense that they can solve problems that even the programmers had not foreseen and included. These dynamics are possible by introducing into the algorithms an elevated number of variables (some in conflict between themselves) and with definite objectives in a summary manner.

The forced reproduction of the algorithms and the natural selection of the environment (new problems) will determine the evolution, but also the mutation of the algorithms, producing a more suitable program to the new environmental conditions. Good performances will be immediately transmitted to the offspring (other strings of codes); however, it is not a cultural transmission, but “phenotype”: the child already knows how to solve the new problems.

Another big step in the direction of Alife was taken by Thomas Ray with the creation of the first virtual ecosystems denominated Tierra. The source code Tierra C transforms the computer into a virtual environment where the operating system works in Darwinian way. The computer can cause therefore selections and mutations of the code (it can be compared to genetic strings) according to its environmental state (available space, processor temperature, program community, etc.).

In the eighties it was the biologist Christopher Langton , who officially classified Alife as a branch of study, organising a conference at the Oppenheimer Study Center of Los Alamos in New Mexico in 1987, inviting 160 scholars from the fields of biology, genetics and informatics to discuss the theme of the artificial reproduction of life in information technology environments.

In 1996 the project Biota.org was born, a no profit organisation whose purpose is to give assistance and promote the engineering development of organisms bred in synthetic ecosystems of biological inspiration. Among the proposed projects, we must mention Darwin@home , the re-proposition , in a planetary key, of the construction of a digital ecosystem in network as foreseen by the program Tierra by Thomas Ray and by the Evolving Virtual Creatures by Karl Sims.

It is important to underline how biology contaminates informatics not only at a metaphoric-linguistic level (the classic example is the concept of computer virus), but in certain fields of study, like that of the artificial-life, it hybrids it tout court, introducing biological phenomena into computer environments.

The discourse between the two dimensions, however, is not unidirectional: we know that the answer of computer simulation, if effective, can be nothing but a new hybrid, but at this point, in an opposite direction: that is virtual creatures that are able to contaminate biological reality. And this is the case of the simulation applications of Alife to robotics that have found up to now limited realisations, but a large amount of literature, often alarmist.