Order Number Two. Majakovskij And The Culture Of Machine 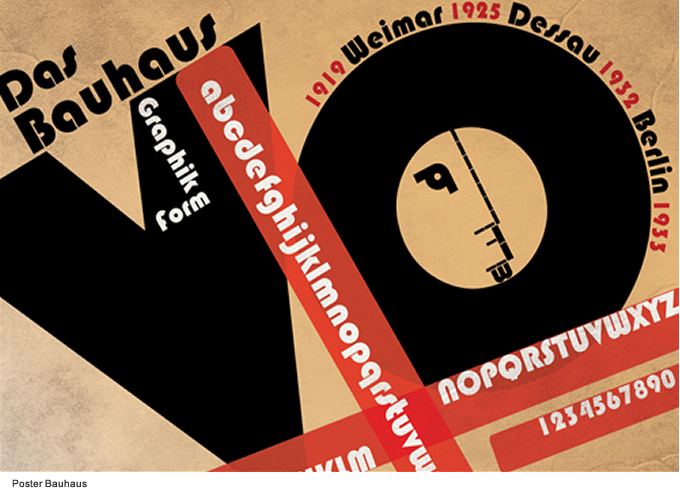 All things yell: “give us new forms!”

Vladimir Vladimirovič Majakovskij’s works (1893-1930) contain traces of a new aesthetics. In some specific verses of his poems one can individuate the roots of a renewed conception of art and its relation with technique, serial production and reproducibility procedures. These matters have been immediately faced by the rising European and East-European design culture, expressed by heterogeneous experiences ranging from visual art, architecture, graphics, industry, in constant search of a balance between arts and trades, that played a key role in design.

One can assert that Bauhaus, just as many other contemporary and subsequent schools of “applied arts”, owes its success to the lucid and programmatic extremism of the people’s poet. By mentioning Giovanni Anceschi (Anceschi 2002 p.53) for all that concerns the German school’s conceptual innovation, others too proposed a removal of formative prejudices, along with a new conception of design and planning. Vasilij Kandinsky and Paul Klee were some of them. The first worked on the formulation of the conception of point, line and surface, while the latter with its Writings on Form and Design Theory is even more important, using the Italian term “Forma” for the translation of the category of Gestaltung, configuration: “an act of shaping, disposition, composition, assembling and modelling”, completely different from an act of “representation and draw”.

What immediately seems clear of the German school constructive-lexical nemesis is the creation of an aesthetics seen in terms of bricolage, an idea of a constructible creativity whose theatre is the work table rather than the painter’s palette. Such creativity is composed by semi-worked elements which come directly from mass production, an aspect these schools were very interested in. 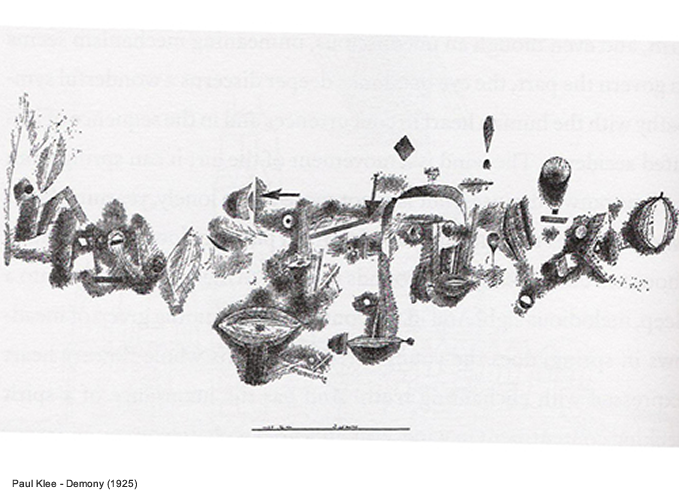 At the same time, in the Soviet Union this aesthetic revolution happens for art is no more seen as an independent and “pure” fact, and the bourgeois idea of “art works”, that were all the big and small monuments testifying the cultural hegemony of a particular class (comp. Maldonado 2003), disappears. “We don’t need – Majakovskij states – a dead temple of art, where inert works lie, but the living factory of human spirit” (Majakovskij, Locomotive, fly like an arrow, 1926). Let’s take for example another important verse, taken from Order n. 2, to the army of arts, 1921: “painters, skulking in ateliers and, as of old, imposing Draconian laws on flowers and bulking bodies“: what comes out is a radical critic to art seen as ornament or “aestheticization of techniques” (comp. Costa 2005), thus creating a controversy that recalls Adolf Loos’ thoughts for what it concerns Europe and Bauhaus’s for Middle Europe.

At the beginning of XIX century the first objects industrially produced through design and studied ad hoc for mass-production were born. The central role of object to the detriment of design seems immediately a conquest: it started from the intrinsic logic of object and went up to its function or shape. The latter was therefore the result of a creativity in so far as it respected reality, filled with technique and cultural values: the aesthetic emotion inspired by art legitimately continues on the industrial product (comp. Costa 2005). To this purpose, Argan affirms that “the division of arts into categories is based on technique differences, and not on vision differences” (comp. Argan 1957). So the object value lies in the design and it is not shaken down by its serial reproducibility, but instead it makes it one of its essential condition for existence, with all that derives on the social level.

In 1851 the London Great Exhibition firstly took all the industrial products of all countries. In this way the almost endless list of objects of use joined the history of our culture, bringing about a formal process – design – that throughout a century and a half gave birth to a new discipline with know-how and knowledge of its own, becoming a full-fledged profession in everyday life. The ethic principle of taking beauty inside every home have to face production and market’s needs from the very beginning. 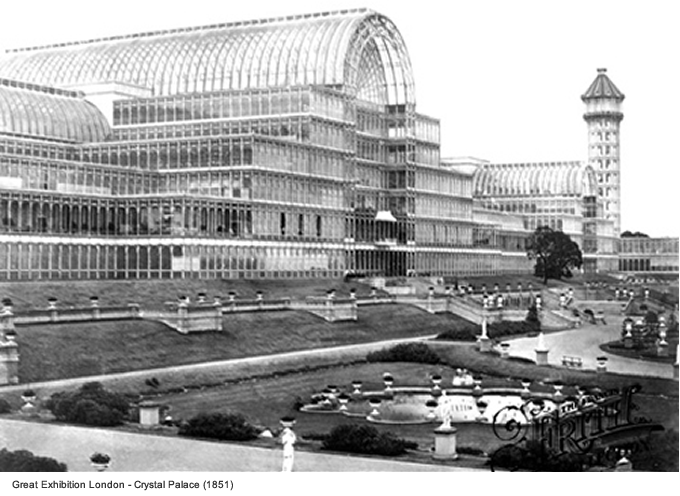 The pioneer of this thought was Adolf Loos, who openly and heavily criticized Art Nouveau’s design, stating that in objects and architectures beauty had to refuse ornaments, considered typical of primitive societies by that time. Techniques functionalism then had the upper hand on the shape of things, just as an homage to modernity: “Down with art, up technique” was the Russian producers’ motto, showing clear how technique had become the most important cultural value.

Technique development is considered by Majakovskij as the motor of modern societies. In the 1923 poetry Chatting with Eiffel Tower, the poet, charmed by its perfect steel structure and magnificent electric illumination, speaks to the Tower, making modern technique (the monument is its symbol) and urban imaginary (he summons sidewalks, bridges and subways) elements of the poetic activity as well. By preceding Adorno himself (Adorno 1979), Majakovskij thinks art is not different from technique, for all of its aesthetic expression is inevitably due to a purpose.

In 1918 Decree to the army of Art, the poet writes: “The streets are our brushes, the squares our palettes”. Majakovskij and Aleksandr Michajlovič Rodčenko created advertising for the state warehouse in constructivist style, just like Popova, El Lissitskij and Stefanova did. Their verbal-visual forms are dynamic, synthetic, simplified and marked by a mix of noble and popular, classic (drawings) or more serial (photos) styles. Architecture too follows these guidelines, as it happens in 1925 Paris Expo or 1929 Stuttgard Expo of cinema and photos by El Lissitskij. These works show clearly the interpenetration between internal and external space, that afterwards will become constructivism’s strong point (comp. Ambrogio 1976). Up to that moment every exposition pavilion was a simple palace built in “national” or “folkloristic” style, but in Paris the USSR pavilion defied the rules, becoming one of the clearest examples of modern architecture.

I, genius or not, who have forsaken trifles and work in Rosta..

In the aforementioned Army of Arts, Majakovskij states: “In the end the genius seen as pillar of artistic activity was a mere superstition. No more a constitutive element of design, no more a sign of Parnassian excellence, but rather a completely unimportant aspect”. 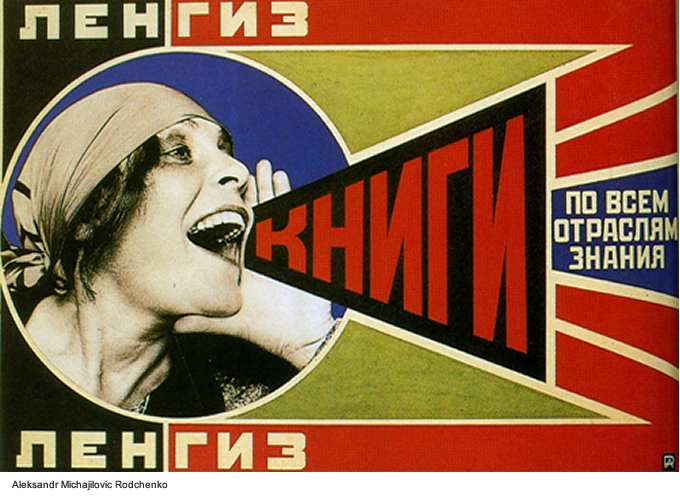 In my opinion, Majakovskij’s conceptual innovation in relation to the current design culture lies in this very attitude. In bringing a new figure of cultural operator, ideologically and programmatically destined to an aware and structured vanguard, truly capable of caring about the expressive tools typical of mass life forms and consumption. That is why the poet never refuses to have strong or defiant opinions, just like the ones concerning the relation between art and technique in constructivism that led him to an irreversible theoretical diarchy.

If Malevich has indeed been the partisan of pure art rights, and has always defended the conception of art seen as spiritual activity (Kandinsky, Pevsner and Gabo will embrace this idea too), in return both Vladimir Evgrafovič Tatlin (comp. Popper 1960) and Majakovskij declare the death of paint to the advantage of applied art, and struggle for turning artists into qualified technicians, able to use modern tools and materials. Actually the concept and the search of what is real will become fundamental in the works by constructivists and laboratory art followers.

To this purpose Tatlin and Majakovskij will consider the work as an object, and will use the so-called method of “material culture”, which states technics does not lie in the final object, but in its project. Oswald Spengler (Spengler, 1992) conceived technics the same way when he defined it “tactics of living”, that “is not to be understood in terms of the implement”, since “what matters is not how one fashion things, but what one does with them”, and so it “owes its existence to thought about this process”.

And yet Futurism was the first movement to ever exploit the innovative power of the industrial system and its technical objects. The importance of design development of that Italian movement so ideologically close to Majakovskij’s was due to the attempt of individuating serial objects’ secret structures and working values, rather than the recognition of its centrality: “in Futurism art reveals a trend toward the evocation of the image of dynamism” (Popper, 1960 p.53).

The Futurist teaching entered the design logic of XX century more deeply than we think, since it understood that industry was an epochal paradigm with important aesthetic involvements. All controversies on the fact that machines could be aesthetically beautiful were to be forgotten, but at the same time it meant a deep continuity: the question would be then the definition of the forms of industrial beauty. 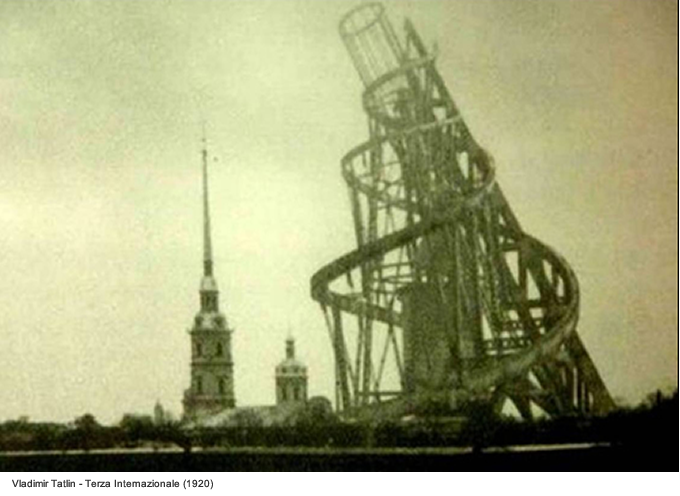 Who is superior: the poet or the technician that brings men wealth?

Majakovskij writes in 1918 worker poet, drawing the conclusion they are the same, since in the aesthetic idea the two figure coincide: the poet is (also) technician the same way as the artist does (too), according to that connective responsibility, which is the real distinctive aspect of the all-embracing term of design, generator of different universes and languages.

Comrades, give us a new form of art, an art that will pull the republic out of the mud.