This unusual collaboration between a graphic designer and a fine artist calls the meaning of the visual into question. The analog and digital, primarily two-dimensional, work of the graphic designer contrasts with the primarily three-dimensional work of the fine artist. In this dialogue, merging their varied approaches, they go through dozens of processes, dealing with multiple dimensions and various media. 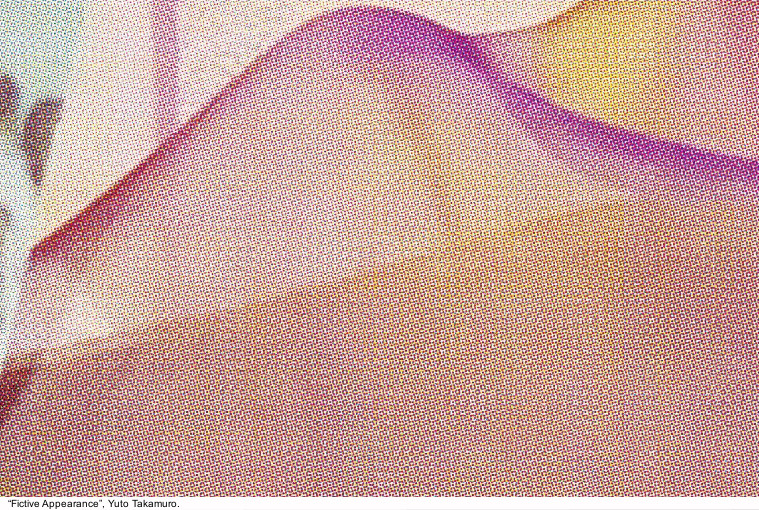 The book, exhibited in 2020, was developed by graphic designer Yuto Takamuro and is based on a single photograph of the installation work Fake Appearance (2018) by artist Yotaro Niwa. The book deals with a collection of image fragments, which are enlarged to up to ten thousand times their original size. As the photograph is continuously subdivided, its original message is lost: what remains is pure image, free of subtext, and goes far beyond the original intention of the artist.

Through the special design of the page layout and the unique type of bookbinding, multiple layers in various combinations can be viewed simultaneously. The book is an instrument in which visual images are reconstructed. The collection of fragments of all the extended and mass-produced images leaves the purest visual reality to the viewer, differing with how each book is viewed.

Taking inspiration from the book, the new spatial installation of Yotaro Niwa also leads the visitors back to experiencing the physical space. One medium used to construct the installation is the book contents itself. Large format prints and small snippets are combined with some of the same and similar objects as those used in Fake Appearance. In order to connect the many individual pieces with one another, materials with various plastic properties have been used, such as plaster, cement and lamination film.

The installation Fake Appearance, on which the book was based, was created in Taipei in 2018. Its subject matter was a complex bricolage, a search for analogies between different visual languages from the fields of natural science and fashion, and included objects from nature and plastic materials that the artist had found on site. The images are examples of visual impressions from everyday urban life and reflect human perception: something that is both extended and limited by modern technology and media. 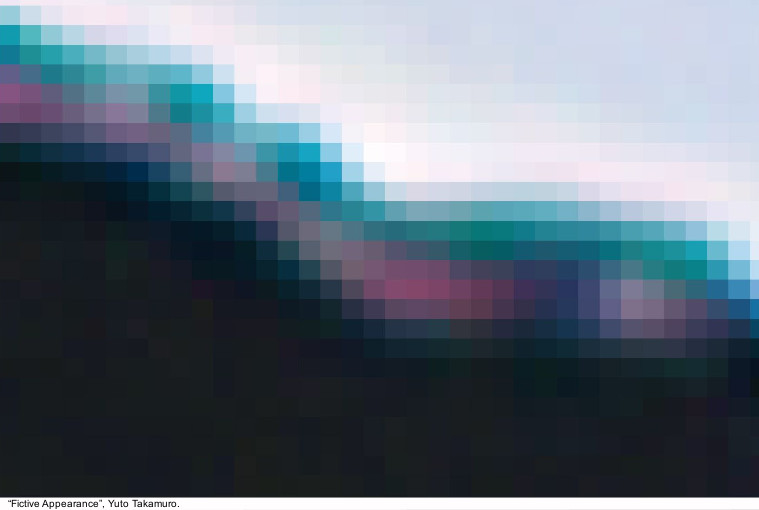 Fictive Appearance leads the viewer’s perception in an undefined direction – an aim that is nevertheless impossible to achieve. Perception is individual and can neither be deliberately guided nor comprehended. What is left behind by the dialogues between the graphic designer and the fine artist? What do we actually see?