Ideas in the making: HKW focuses its work on long-term research across artistic, scientific and academic borders. Until 2018 HKW’s project 100 Years of Now will explore global transformations and classification systems that emerged from World War I. It aims to produce new perspectives on war and violence, and on how the relationship between humanity and technology is changing and what new time regimes evolve from this.

In 2016, 100 Years of Now will be the overarching theme for the Singing the War and POP 16 music festivals, the Nervous Systems exhibition, the Technosphere research project (2015–18), and the Utopian Realities theatrical cooperation.

From January 14 to 17, Singing the War, a music festival curated by Holger Schulze and Detlef Diederichsen, head of the HKW’s Department of Music and Performing Arts, explores the fatal harmonies of aggression. Artists involved include the NSK’s best known music group Laibach, who listens for the dark beat of human DNA, as well as Milo Rau, who scrutinizes the roles of pop music and propaganda during Rwanda’s genocide for his theater project Hate Radio. The promises of individual freedoms stand in contrast to forms of cybernetic control and modulation of social behavior conducted on an unprecedented scale. 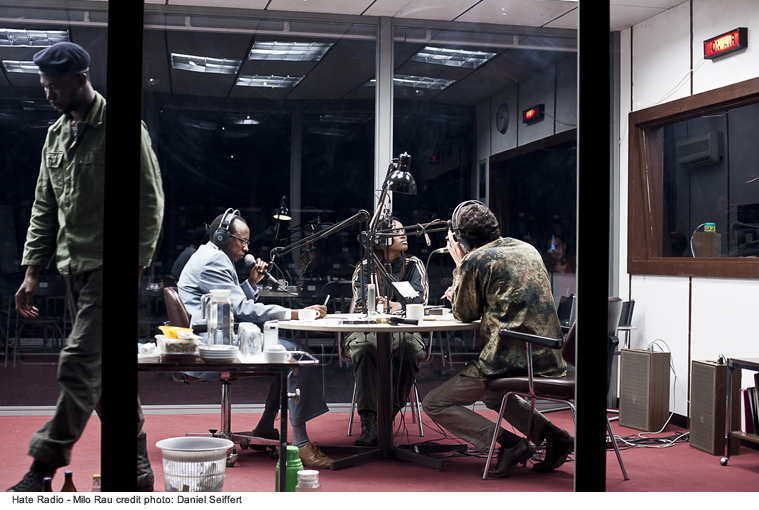 From March 11 to May 9, the exhibition Nervous Systems, curated by Stephanie Hankey and Marek Tuszynski from the Tactical Technology Collective and Anselm Franke, head of HKW’s Department for Visual Arts and Film, explores the impact of data economies and the quantification of life on our understanding of the “social” in an exhibition comprising artistic commissions, historical documents and life contributions.

Since 2015, a four-year interdisciplinary research project has been fathoming the Technosphere,investigating the current dynamics between technological, social, and natural forces that shape our planet.

Adjoined by the week-long Anthropocene Campus: The Technosphere Issue, from April 14–16 its second manifestation Technosphere: On the Knowledge Rig will focus on the reciprocal interworkings and optimization practices that form current arrays of knowing, devising, and planning. 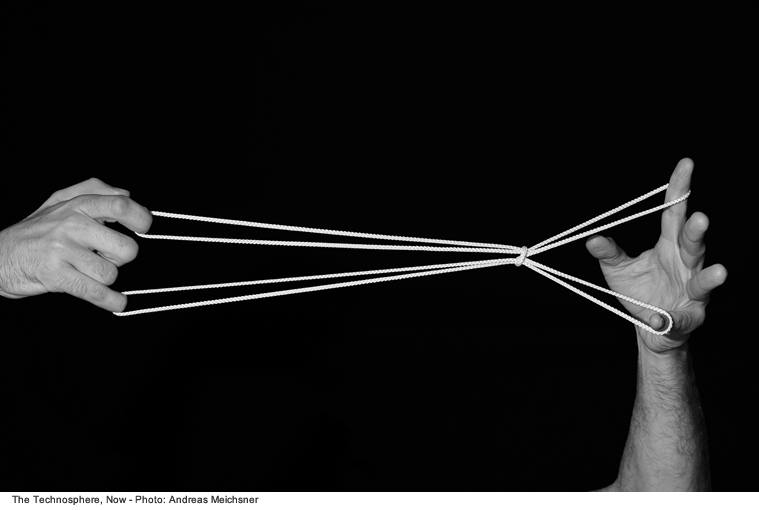 In a series of panels and screenings Peter Galison, John Tresch, and others will discuss technospheric modes of knowledge production such as anthropotechnics and future scenario building. From April 28 to May 1, POP 16 aims to retrace the origins of popular music back to 1916 when sound recordings and soon after radio abruptly changed both how music was produced and how it was received and distributed.

At the beginning of the 20th century a plethora of different styles and genres that considered early pop music could be heard in the world’s urban centers and far beyond. From 2016–19, Kanon–Fragen examines the architectures of historical narratives and the foundations of institutional canon formation.

Organized by the Department of Visual Arts and Film, the series starts with the conference A History of Limits (March 18–19), including presentations by artists Ho Tzu Nyen, Luis Jacob and Lene Berg and curators and writers Diedrich Diederichsen, Ticio Escobar, Kerstin Stakemeier, Nida Ghouse, David Teh and Mark Wigley among several others. 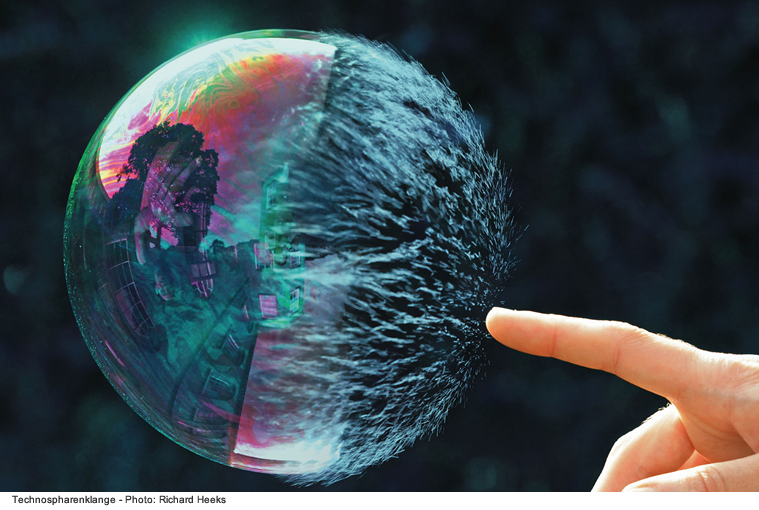 A History of Limits interrogates disciplinary and ontological partitions in the field of culture and the relationship between geopolitical and ideological conflicts and aesthetic questions. It will discuss future projects and implications of Past Disquiet. Narratives and Ghosts from the International Art Exhibition for Palestine, 1978, the first exhibition to be staged within the framework of Kanon-Fragen and shown concurrently.

This research exhibition is curated by Kristine Khouri and Rasha Salti and was originally shown in an earlier version at MACBA in Barcelona. Emerging from the program Berlin Documentary Forum, directed by Hila Peleg since 2010, the book “Documentary Across Disciplines”, edited by Erika Balsom and Hila Peleg (HKW/The MIT Press, March 2016) collects writings by artists, filmmakers, art historians, poets, literary critics, anthropologists, theorists, and others, to investigate one of the most vital areas of cultural practice: documentary.

2016 will also see the continuation of fruitful collaborations. With the name Conversation Piece this year’s transmediale creates an intensive space of exchanges. In discussions, lectures, workshops, temporary installations, and various experimental hybrid formats, artistic and research practice will unfold live (February 3–7) at HKW. 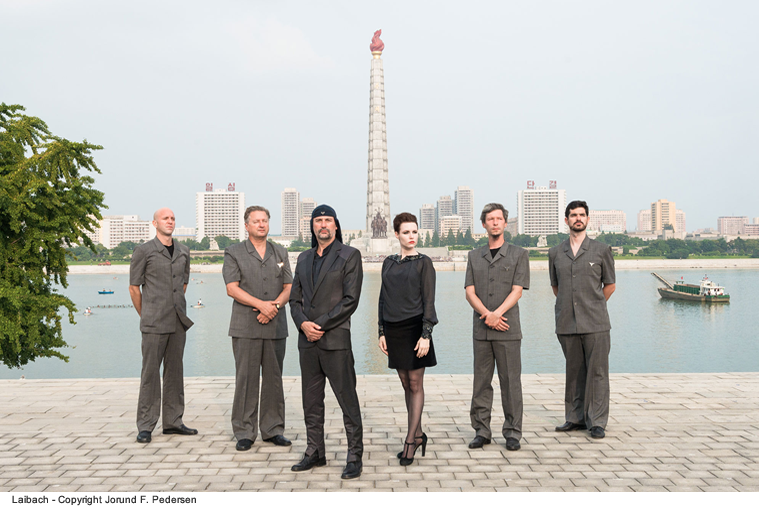 From April 8 to 9, Language and Knowledge, a festival initiated by the Schering Foundation, the curator and writer Marcel Beyer investigates the matrix of communication in performances, readings and discussions involving translators, writers, academics and artists such as Terézia Mora, Olaf Nicolai and Hanns Zischler.

HKW is a partner in further events and programs: The Berlin International Film Festival’s Generation section (February 11–21), in which children and teenagers discover new films from all over the world; Rencontres Internationales (March 15–20), presenting films situated between new cinema and contemporary art, to be shown both at HKW and La Gaîté lyrique in Paris; the Forecast Festival (February 26–27) which will introduce new talents from all artistic disciplines.

The coming year will also see the 8th Internationaler Literaturpreis – Award for translated contemporary literatures celebrated on June 25. Shortly thereafter, in July, the summer festival Wassermusik will explore The Other Caribbean and its multifold music and cinematic styles. 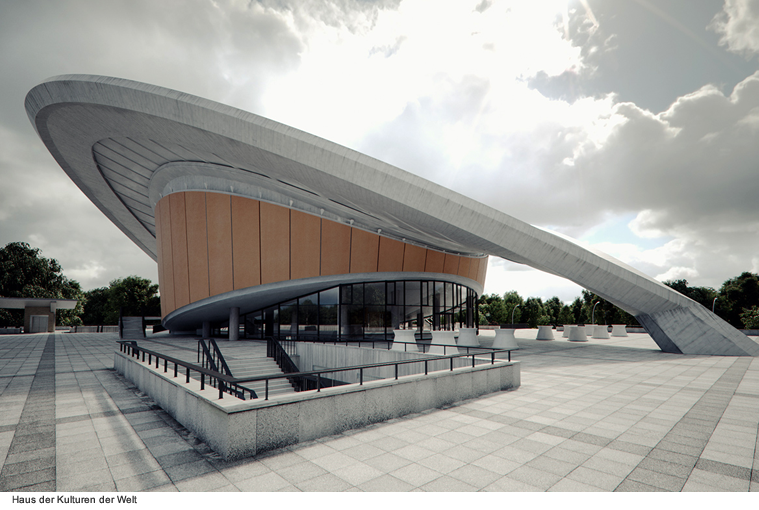 From September to December 2016 HKW will be closed for partial structural and technical repairs, making the iconic building from the 1950s fit for the future. During this period HKW’s cooperation projects will be presented in Hamburg, Munich and Berlin.

On October 2, 1966, 31-year-old Hubert Fichte read from his unfinished novel “Die Palette” (The Palette) at Hamburg’s Star-Club. Alternating with his readings, the Liverpool beat band Ian & The Zodiacs and the folk singer Ferre Grignard from Antwerp performed. HKW is celebrating the 50th anniversary of that evening, today considered one of the founding moments of West German pop culture, with a re-enactment in Hamburg and Berlin in early October 2016.

December marks the start of a theater cooperation with Rimini Protokoll in Munich, Hamburg, Dresden and Zurich. With Staat 1 – 4, a project of four unique theatrical productions, Rimini Protokoll will probe fields outside what can be organized and controlled by the modern national state and looks back on the nature of the forces whose separation was once intended to be an essential mechanism for monitoring state structures. 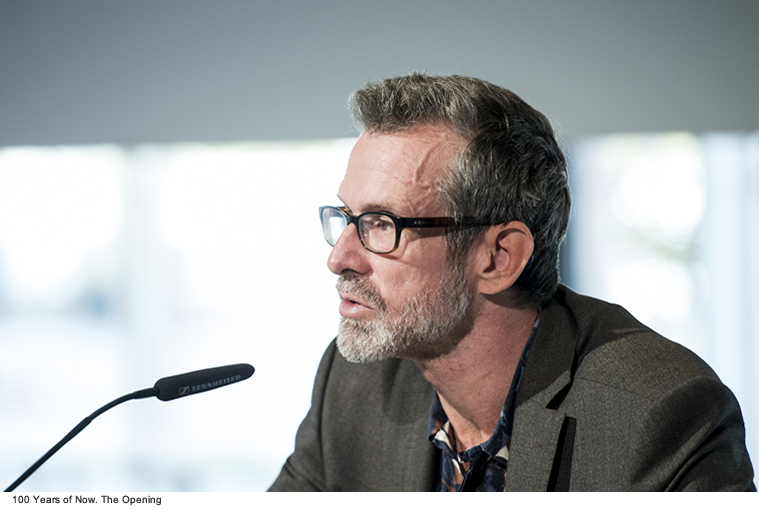 The first production Top Secret International will be shown at Münchner Kammerspiele in December 2016 and in January 2017 at The Radar Festival in New York. Before the centennial of the Russian Revolution of 1917, a theater cooperation will be remembering Alexandra Kollontai: an author, revolutionary and, in 1923, the world’s first accredited female diplomat.

This production of Hebbel am Ufer (HAU) in Berlin is commissioned by HKW. Inspired by her life, Marina Davydova and Vera Martynova, Vlatka Horvat, Lina Majdalanie and Mariano Pensotti will be staging the theatrical project Utopian Realities to be premiered in December 2016.