The Musée d’art contemporain de Montréal (MAC) is pleased and proud to welcome Ragnar Kjartansson and the unique world he conveys through ironic humour and a philosophical melancholy. This internationally acclaimed Icelandic artist combines music, theatre, performance, visual arts and film in works filled with romantic suffering that unfold over time. As John Zeppetelli, MAC Director and Chief Curator, notes, “this extraordinary artist explores the tension between the sublime and the mundane.”

Ragnar Kjartansson, the artist’s first major museum exhibition in Canada, will allow a public eager for new discoveries to take in three monumental video installations as well as a dazzling musical/theatrical production to be presented at Place des Arts for one evening only. The exhibition will run until May 22, 2016; the performance will take place on March 3 at 8pm.

The centrepiece of the Montréal presentation, The Visitors, 2012, is a nine-channel video installation that revolves around a musical performance put on at Rokeby, a 19th-century mansion in upstate New York. For this impressive production that has garnered worldwide praise, the artist gathered a group of his musician friends and acquaintances from Reykjavik and beyond. Together, they perform Feminine Ways—a long, tender, captivating poem—each playing their instruments in isolation in separate rooms; the audience moves about in the midst of this recording session offering an ode to friendship. 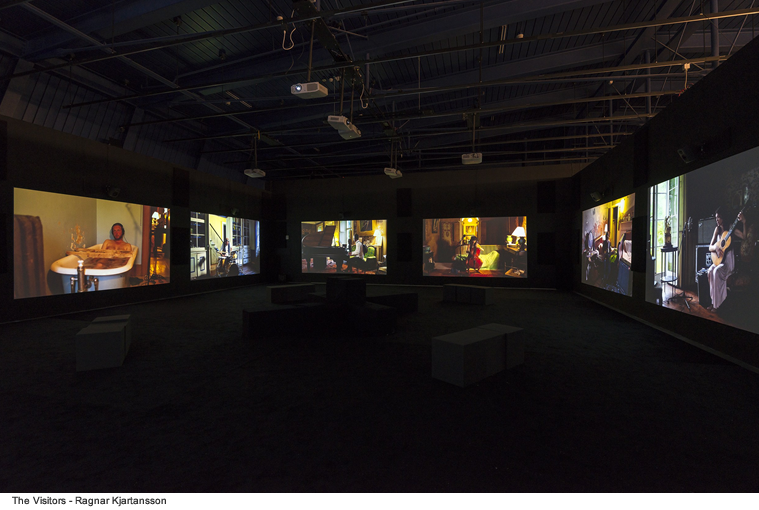 The six-hour video A Lot of Sorrow, recently acquired by the MAC, was shot during a performance of the same name conceived by Kjartansson and executed by the U.S. band The National. For this event, The National played their 3:35-minute song “Sorrow” live on stage, continuously, for six hours. Throughout A Lot of Sorrow, as the hours go by and fatigue sets in, the musicians subtly change the song, experimenting while always keeping the original track recognizable.

The third piece, World Light – The Life and Death of an Artist, 2015, pays tribute to the figure of the cursed artist and the insatiable quest for beauty. An exhibition held in Vienna, called The Palace of the Summerland, gave Kjartansson the opportunity to transform a gallery into a movie set where he could shoot scenes from World Light, an epic novel by Icelandic author Halldór Laxness, winner of the Nobel Prize in Literature.

Finally, to coincide with the exhibition Ragnar Kjartansson, the MAC is also presenting, on Thursday, March 3, 2016—in its North American premiere and for one night only—the 50-minute musical/theatrical production The Explosive Sonics of Divinity, 2014, at Théâtre Maisonneuve, in the Quartier des Spectacles. To music by Kjartan Sveinsson, former keyboardist with the cult band Sigur Rós, this highly romantic drama, featuring no characters other than the Icelandic landscape that inspired these enormous moving canvases painted by the artist and his friends in Reykjavik, is performed by 39 musicians and 16 choristers from the Orchestre Métropolitain.

A compelling homage to classic stage design, the piece exemplifies Kjartansson’s inventiveness and is one of a number of works inspired by Laxness’s novel World Light. Produced by the Volksbühne am Rosa-Luxemburg-Platz, Berlin. 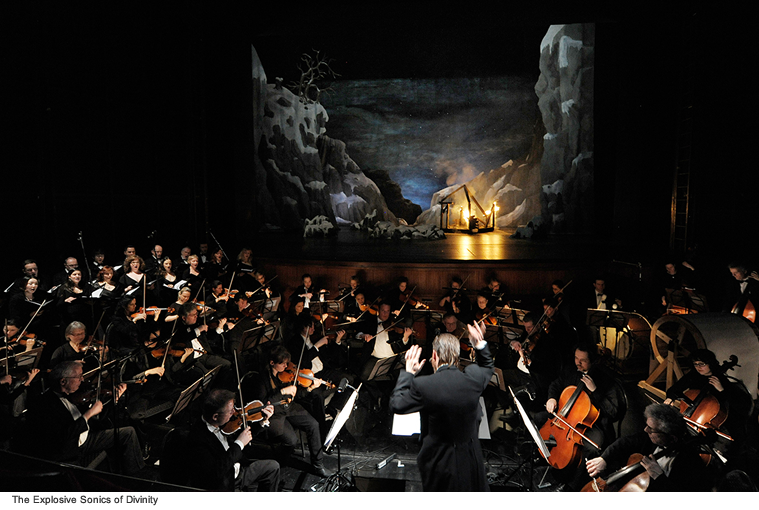 Ragnar Kjartansson was born in Reykjavik, Iceland, in 1976. He studied at the Iceland Academy of the Arts and the Royal Swedish Academy, Stockholm. His works have been shown in museums and institutions around the world, including the Arthouse at the Jones Center, Austin (2011); the Institute of Contemporary Art, Boston (2012); and HangarBicocca, Milan (2013). Recent solo shows of Kjartansson’s works have been presented at Thyssen-Bornemisza Art Contemporary, Vienna (2013 and 2014); the New Museum, New York (2014); and Palais de Tokyo, Paris (2015). In 2009, Kjartansson represented Iceland at the Venice Biennale, and in 2011 he received the Malcolm McLaren Award at Performa 13 in New York.