Deep Web is a monumental immersive audiovisual installation created by light artist Christopher Bauder and composer and musician Robert Henke. Sublimating the spectacular industrial architecture of Kraftwerk Berlin, Deep Web plunges the audience into a ballet of iridescent kinetic light and surround sound. The work will be presented daily within CTM 2016 Festival. It will close with the presentation of a special enhanced live performance version on Sunday 7 February.

The generative, luminous architectural structure weaves 175 motorized spheres and 12 high power laser systems into a 25 meter wide and 10 meter high super-structure, bringing to life a luminous analogy to the nodes and connections of digital networks.

Moving up and down, and choreographed and synchronized to an original multi-channel musical score by Robert Henke, the spheres are illuminated by blasts of colourful laser beams resulting in three-dimensional sculptural light drawings and arrangements in Kraftwerk Berlin’s cavernous darkness. 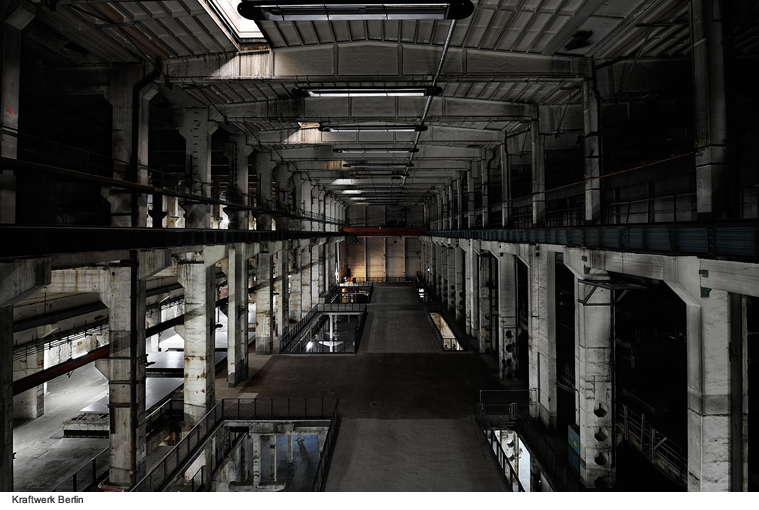 The installation brings together decades of separate research and experimentation by two artists with unique visions and passions for sound and light, and by innovative companies working in these fields.

The work was originally commissioned by the Festival of Lights Lyon 2015, and developed in cooperation with local producer Tetro. Due to the festival’s cancellation after the tragic events in Paris, Berliners have the unique chance to attend an exclusive preview before the project will be presented in December 2016 in Lyon. 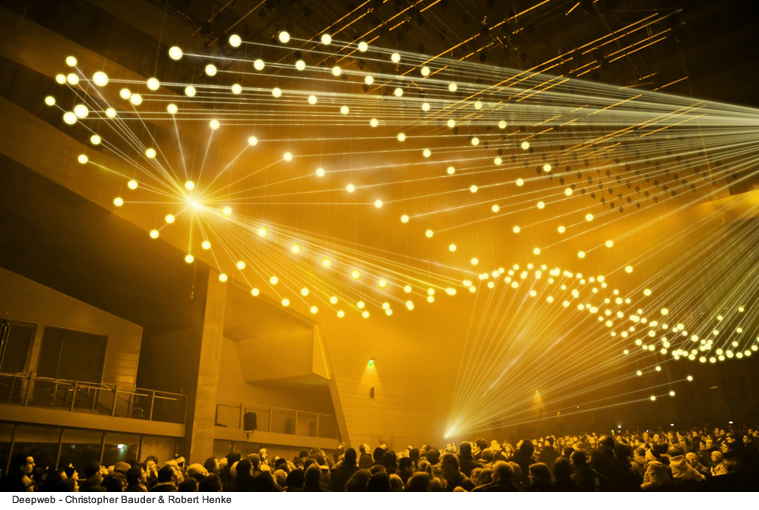 An artist and designer working in the fields of light and installation art, media design and scenography, Christopher Bauder focuses on the translation of bits and bytes into objects and environments, and vice versa.

Space, object, sound, light and interaction are key elements of his work. In 2004 he founded the multidisciplinary art and design studio WHITEvoid, which specializes in interactivity, media, interior architecture, and electronic engineering.

Bauder has brought his installations and performances to events and spaces around the world, including Centre Pompidou Paris, MUTEK Montreal, The Jewish Museum Berlin and The National Museum of Fine Arts in Taiwan. He is best known for his city-wide light art installation Lichtgrenze, created in 2014 together with his brother Marc, for the 25th anniversary of the Fall of the Berlin Wall. 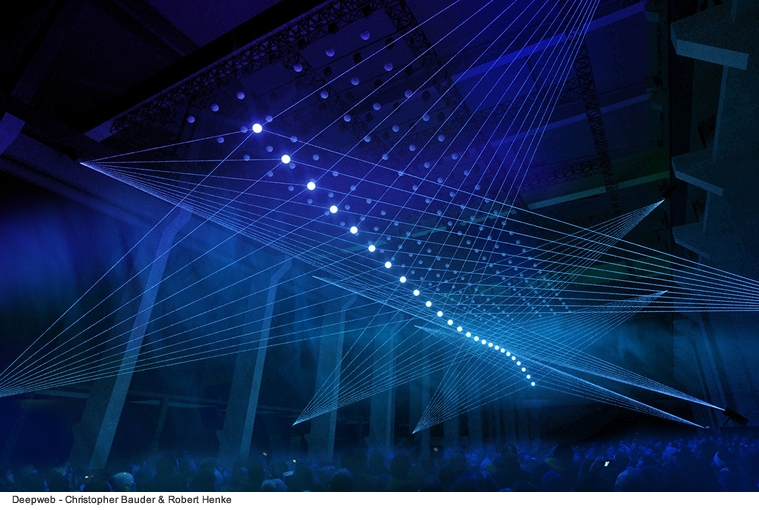 Alongside his numerous releases as Monolake, Robert Henke is also well known for the music, audiovisual installations and performances he has been creating under his own name since the early 90s. Due to his background in engineering and fascination with the beauty of technical objects, the development of his own instruments and algorithms has always been an integral part of his creative process.

Henke also co-developed the omnipresent Ableton Live music software, which since its invention in 1999 has become the standard tool for electronic music production and completely redefined live performance practice.

Henke has continuously pushed his love for music and programming to new levels, most recently with Lumière and Lumière II, an audiovisual composition for lasers and sound, and long term artistic project that explores syntax, meaning and narration within a newly developed and self-written audio-visual language. 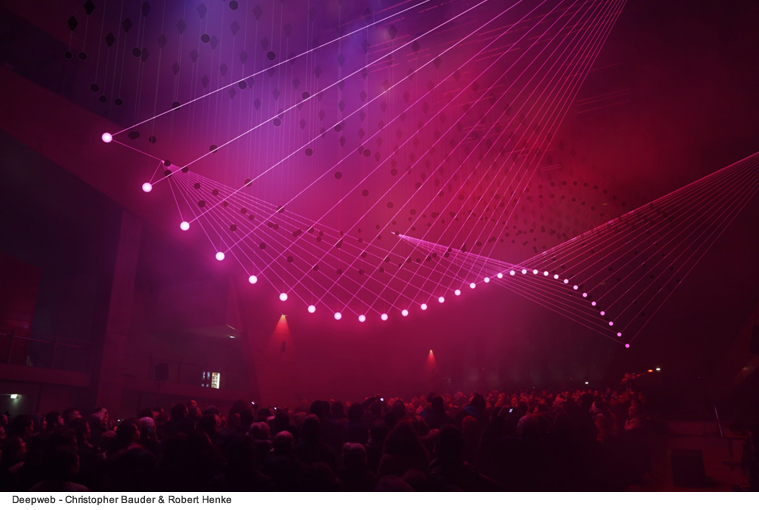 Located in the heart of the city, the former power station Kraftwerk Berlin is a piece of Berlin’s industrial history. Built approximately at the same time as the Berlin Wall, its purpose was to power the central districts of East Berlin.

As of 1997, the building stood abandoned for many years, before Dimitri Hegemann gave it a second life in 2006 by relocating his world-renowned techno club, Tresor, into a part of the giant building. Slowly thereafter, the former power plant’s three levels have been carefully adapted for their new (cultural) life. 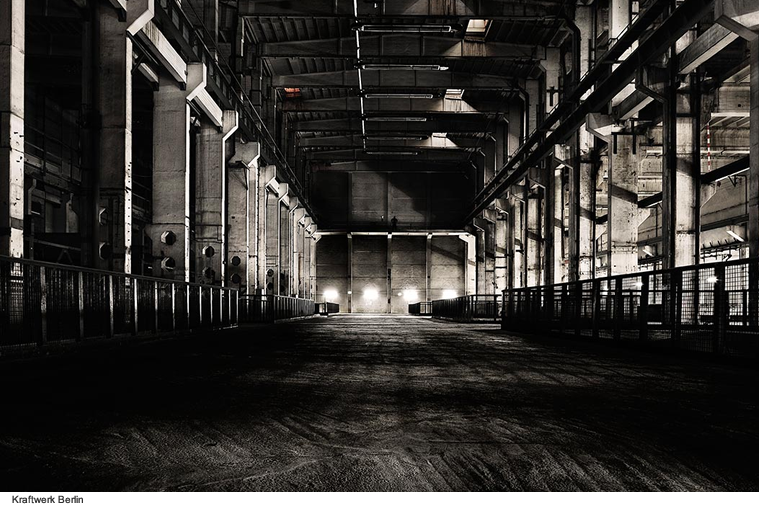 Today, Kraftwerk Berlin stands as an enormous space and important part of the city’s established cultural venues. The building houses many cultural events year-round, and is notably the home for the Berlin Atonal festival, which was recently revived.