Kensuke Koike is a Japanese visual artist currently based in Venice. His works have been exhibited, among other institutions, at Lisbon Architecture Triennale, Asama International Photo Festival in Miyota, Format Festival in Derby, Design Museum in London, Ginza Sony Park in Tokyo and Guangzhou Image Triennal.

In defining Koike’s work, it is impossible not to mention his creative starting point: found images, photographs in particular, coming from different contexts and organized in a personal archive formed by tens of thousands images, often belonging to a past time.

What can be the role of abandoned photographs, which after a certain time cease to respect their original intent, that being the memory of the appearance of someone, the advertising of something or, simply, an amatorial experimentation of a stranger? 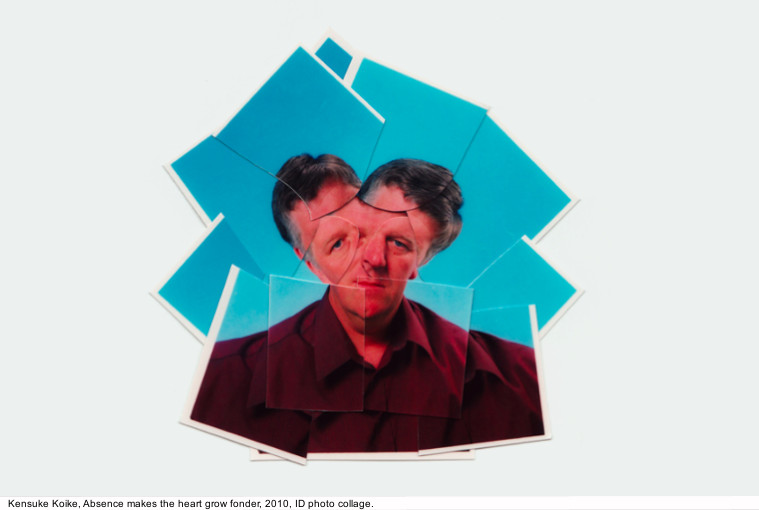 It is in this occasion that Koike, with the series Single Image Processing (2013-ongoing) come into play in recovering those abandoned images, of people without a name and places and objects without a time and, with a calibrated and measured manipulation, transforms, as he likes to call, in an alchemical way, the matter he has available to create something new.

The artist in this chance doesn’t deal with the creation of new memories for the future, as a contemporary photographer that produces original images can do but retrieves from the past elements which have ceased their role and which, thanks to him, start a new one.

In his works we find different types of transformations. Sometimes we deal with a practice of de -composition trough cut and a following re-composition of the same elements as in Sorry About Your Face (2009) and Absence Makes The Heart Grow Fonder (2010) where Koike obtains from a photographer shop some prints never retrieved by the owners with the promise, for privacy reasons, to make the faces unrecognizable. 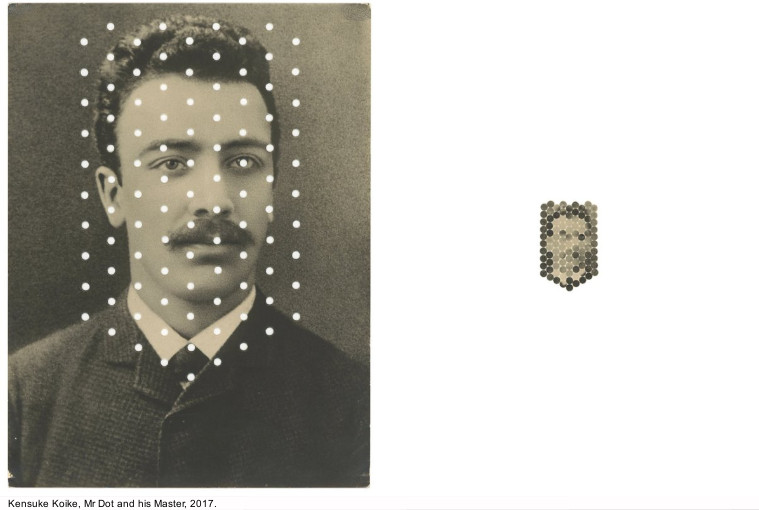 Other times, we have a geometrical extraction of some parts of the photograph, for example the removal of circular dots in the works Mr Dot and his Master (2017) and in Out of Sight Out of Mind (2016) that are later reunited in a new composition to form a new face, or we have a new more impulsive gesture less based on an almost surgical precision typical of his work in Chamber of Awakening (2016) or in Patrol (2013) where we find an actual tear.

In any case, Koike’s photographs “sting” in the barthesian sense, because they provoke in the spectator two simultaneous feelings, estranging and harmonic at the same time, the first one generated by the vision of a distorted image characterized by an appearance that we are not used to seeing, the second by the balance, proportion, measured calibration and rhythm that his interventions confer to the new image. 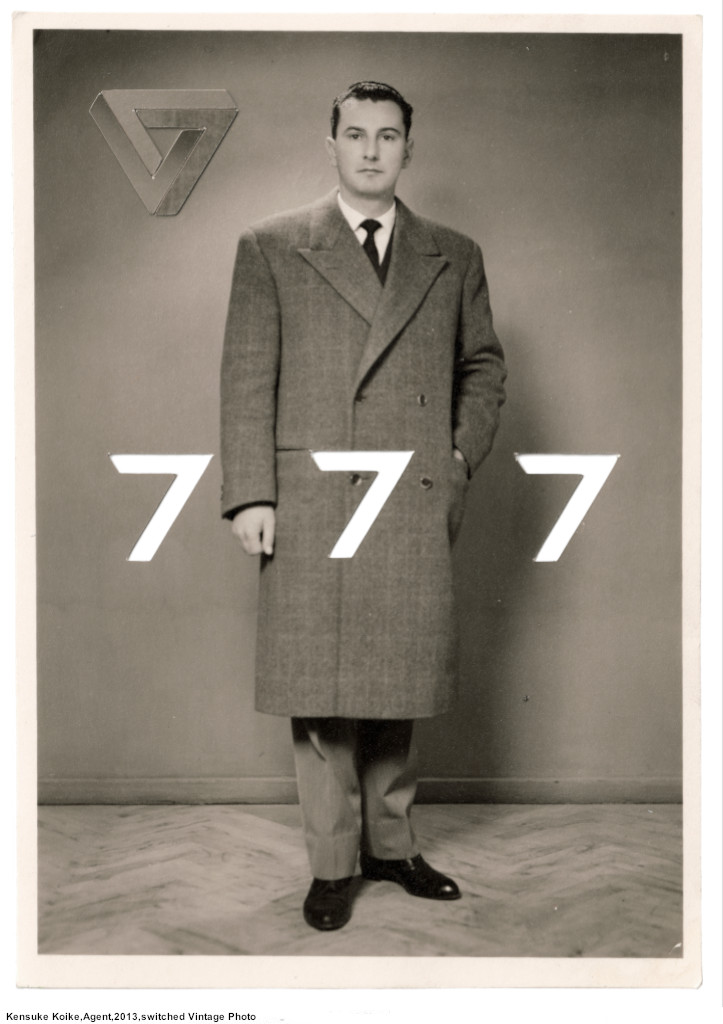 Teresa Ruffino: How did you get interested in photography and art in the first place and why did you decide to move to Italy to study them?

Kensuke Koike: I started using photography by chance and I chose to come to Italy to improve my knowledge of History of Art by being able to see it first-hand.

Teresa Ruffino: Can you describe the creative process for the creation of your works? On what you base the decision to select the images that you want to use?

Kensuke Koike: I have an unorganized archive, made up by tens of thousands of photographs. It is necessary to create entropy, or I would be prone to always use similar images. On the contrary, in this way, I select a random image and I start to think about what it can become, I try to do experiments, by cuttings and folding the fac-simile of that image until I find a shape and story that I like.

Coincidentally, most of the images that are part of my archive are portraits and I am convinced that this is because it is easier to abandon or to give away the images of people that we are no longer able to recognize. 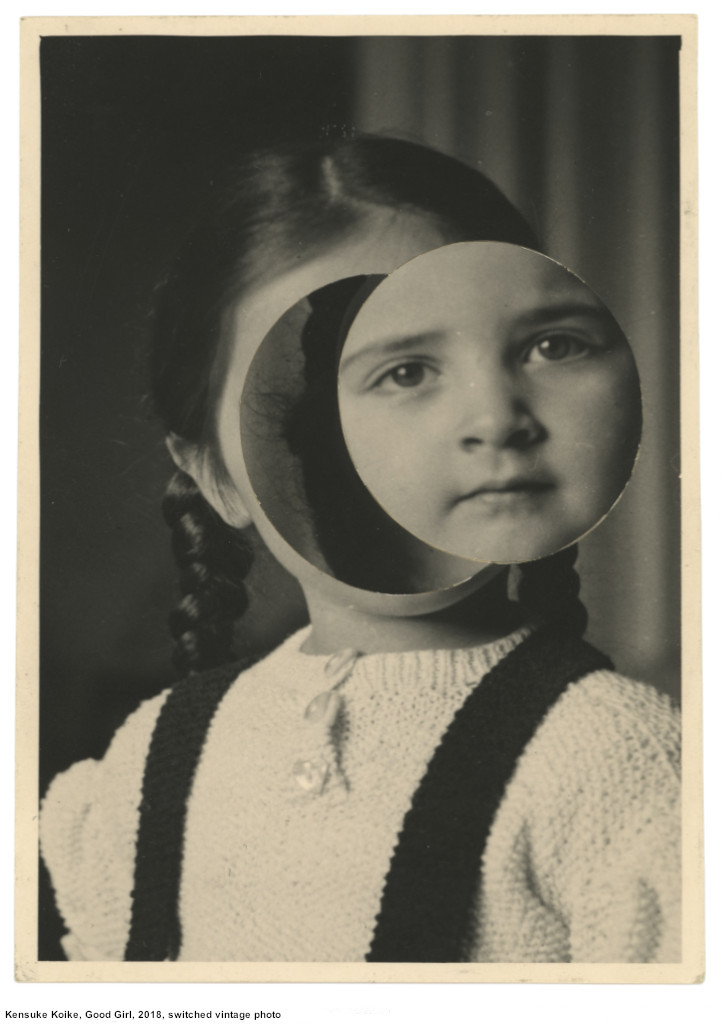 Teresa Ruffino: Even if your works are based on the altering of an existing object they always maintain a certain balance, are there any methods that you apply to make sure you don’t distort the starting image?

Kensuke Koike: I don’t change much from the starting image because it is important to see and to make people imagine how it was before I manipulate it.

Just like a dough, in order for all the elements to mix correctly it is crucial not to overwork it: only like this everything is kept together and the transformation from one state to the other preserves the complete meaning. On the outside, this is a simple operation, but it requires a lot of sensitivity not to ruin everything.

Teresa Ruffino: Can you talk about, if there are any, of your inspirations in the field of collage?

Kensuke Koike: I actually don’t have artists that I look up to: I prefer to observe and to be surprised by phenomena and mechanisms that surround me: the wind, flowing water, but also more trivial things like the door hinges, the toaster etc. To me these are never-ending sources of inspiration. 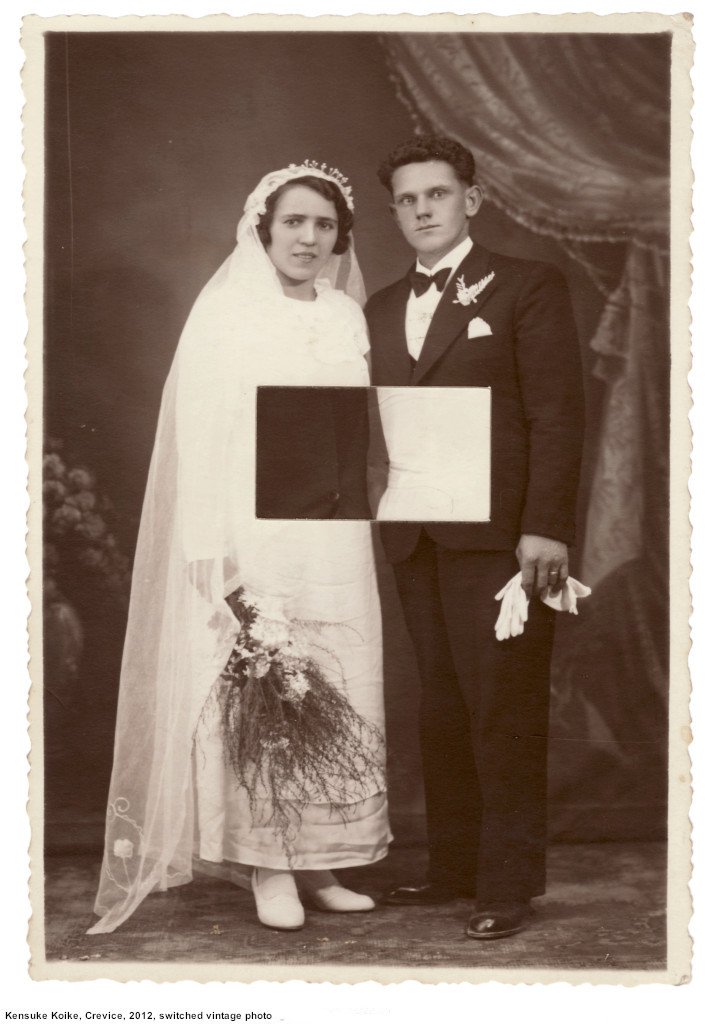 Teresa Ruffino: On your Instagram page you define yourself as an alchemist, can you explain to us what you mean and what is your alchemic goal?

Kensuke Koike: I work by transforming images just like the alchemist does with metals, by starting with abandoned matter and giving it a new life. My aim is to activate images through simple manipulations, with a precise, but essential, intervention.

Going back to what I was saying before, I like to think that my action is, in a way, a saving from oblivion, which would have been the images’ fate if I hadn’t happened to find them by chance.

Teresa Ruffino: What is in your opinion the advantage of using the platform Instagram to present your works and what are the characteristics and differences between Today’s curiosity and Single Image Processing?

Kensuke Koike: Social media allow me to rapidly share my works, establishing their outcome and allowing me to start a new project every time. The difference between Today’s curiosity and Single Image Processing is more about pace than contents: the first one represents an ideal diary for the works, the second one is made of more elaborate artworks, that are created through a longer period of time.

Teresa Ruffino: In your Instagram account, many times you include videos in order to convey in a complete way the transformation effect from the starting image to the final image. How do you imagine the fruition in a different environment from that of the web? Can the spectator move the pieces in order to start the changing of the image or you only present the final result?

Kensuke Koike: Regarding the ways that I use the video on my social media, it can have different functions: it can display the creative process, in order to unveil how the transformation actually happens – because it is not the tools that make the artworks, but the idea and the use – or it can be itself an artwork. In this case, there are no issues as, outside the social media context, the artwork will be the video itself; on the other hand, in the first chance, it can happen that I show some moments and, by connecting them, the viewer will be able to understand how the final result came by, without the explanatory tool of the video. 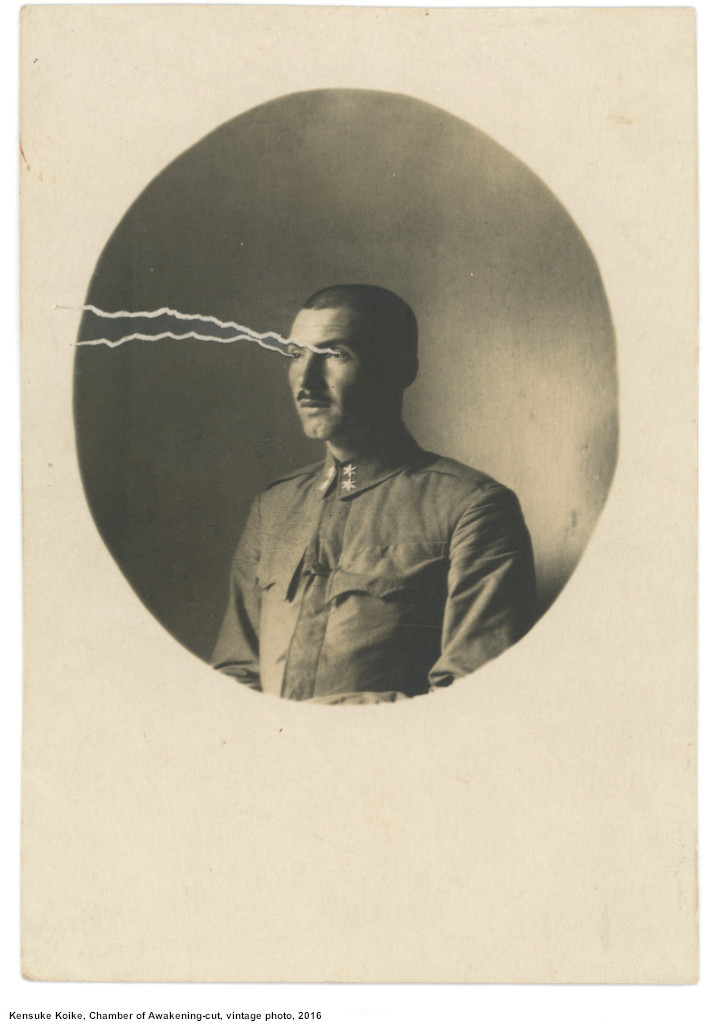 By doing this I leave to the intuition of the public to complete the missing parts, or it could be that only the artwork is displayed, because, after all, the tools are accessories to the creation, but the works have their own independent lives even when the creative process stays in the shadows.