In Douglas Adams’ The Hitchhiker’s Guide to the Galaxy, a group of scientists build a supercomputer called Deep Thought to search for the “Answer to the Ultimate Question of Life, the Universe, and Everything”. After seven and a half million years of calculations and processing, the answer is 42.

“Forty-two!” yelled Loonquawl. “Is that all you’ve got to show for seven and a half million years’ work?”
“I checked it very thoroughly,” said the computer, “and that quite definitely is the answer. I think the problem, to be quite honest with you, is that you’ve never actually known what the question is.” 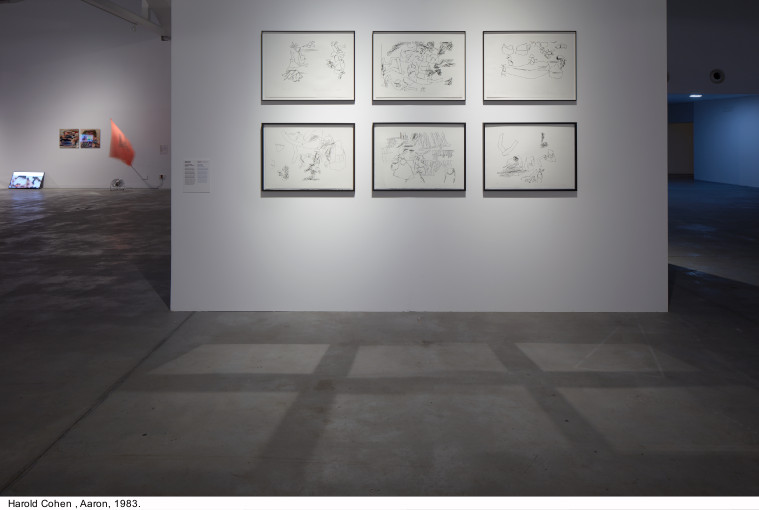 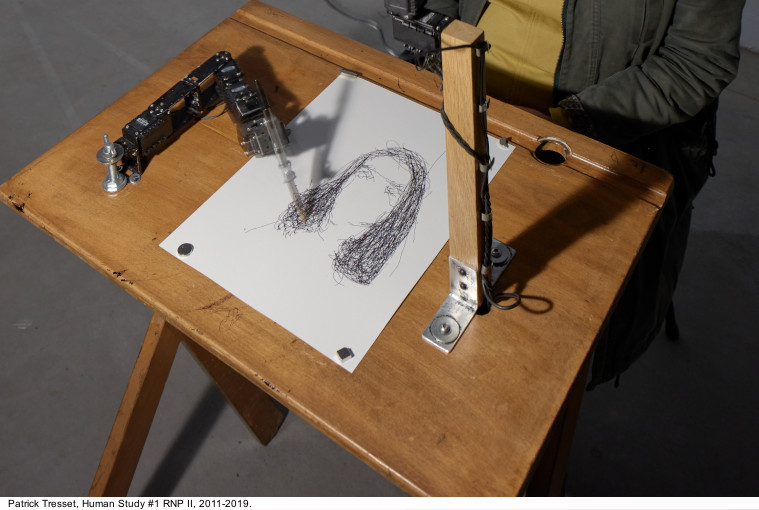 We now live in a hybrid reality, which is continuously redefined and transformed by our interaction with more or less evolved machines and artificial intelligences.
The wide use of this type of technology does not always correspond to an in-depth knowledge of their mechanisms, their functioning, their deepest implications, making them a real deus ex machina, which is the significant title of the current exhibition at LABoral, the Art and Industrial Creation Centre opened in Spain in 2007. 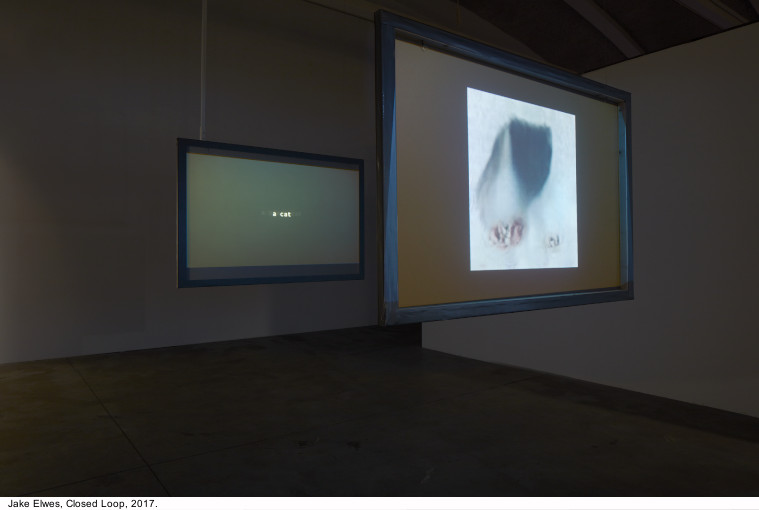 Deus ex machina (literally “divinity (coming down) from the machine”) is a Latin expression of Greek origin that originally indicated, in the Greek tragedy, a deity who appeared on the scene to unravel a plot now unsolvable according to the principles of cause and effect, providing an unexpected solution, often unlikely but effective.
Likewise, we often consider these systems tools that “save our life”, without knowing their functioning, their potentialities and dangers, becuse they seem to us too complex to understand, or because this critical operation seems useless to us: a limiting and, in the long run, potentially risky attitude. 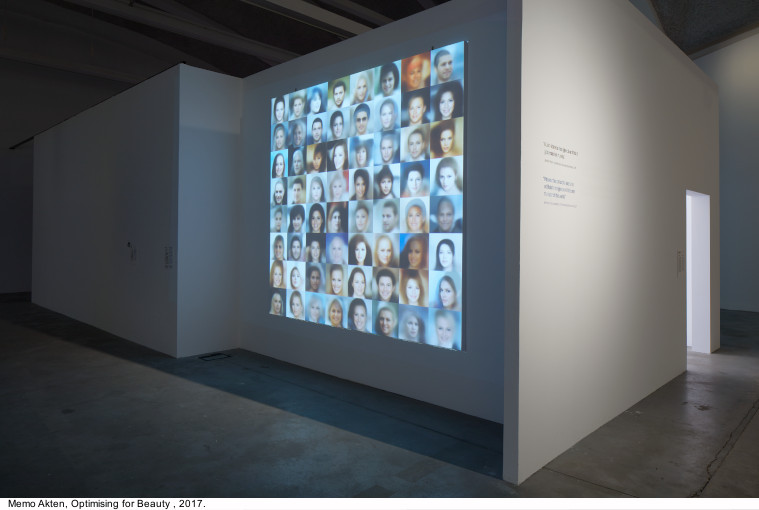 One of the most worrying aspect is the link between Artificial Intelligence and surveillance, that can condition our daily life and propose again distinctly human prejudices and stereotypes.
In the video Optimising for Beauty Memo Akten, winking at Nancy Burson’s Beauty Composite, trained a neural network to generate intentionally uniform portraits of non-existent people from images of celebrities, while Caroline Sinders’ Feminist Data Set is a data training set related to the image of woman in society and in culture that suggests a different way of look at this issues. 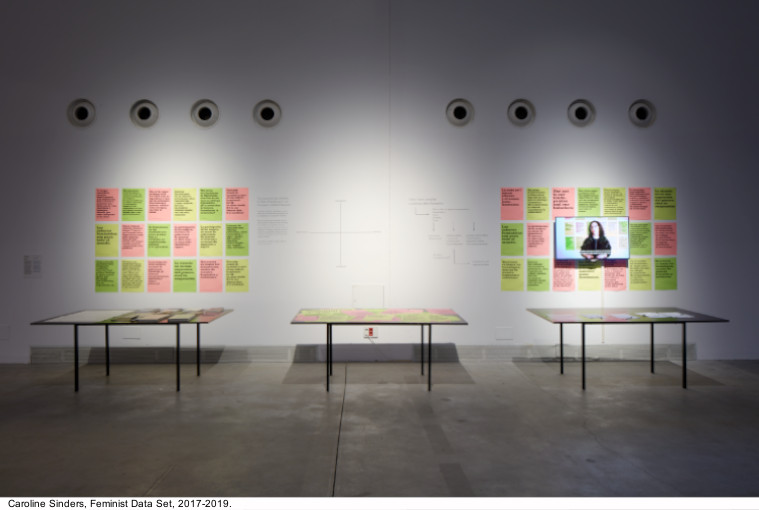 How much of our space and privacy are we willing to surrender to Artificial Intelligence in exchange for a little comfort? In Lauren, Lauren Mc Carthy wonder about this question by a performance where she embodies a human version of Alexa. In Pinar Yoldas’ The Kitty AI: Artificial Intelligence for Governance Kitty, a kitten-like AI, reflects on the complex cohabitation of men and machines. In DiNA, Lynn Hershman-Leeson creates an AI perfomed by Tilda Swinton which is able to dialogue with the spectators through a voice recognition system, while in Neuro Mirror Christa Sommerer and Laurent Mignonneau examine the field of man-machine interactions inspired by scientific research on mirror neurons. 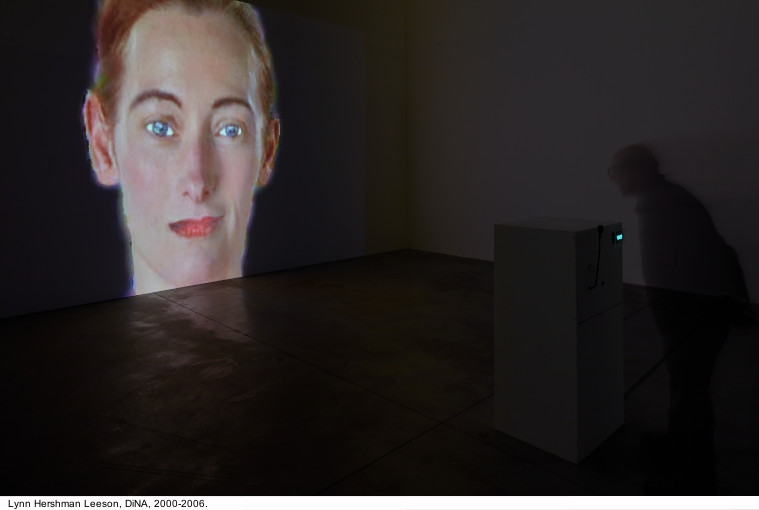 What can happen when the human being is excluded from the dynamics of interaction and communication? In Jenna Sutela’s nimiia cètii the artist generates via machine learning process a new language based on Hèlène Smith’s “Martian language”, with dark and cryptic results; in the video Closed Loop Jake Elwer presents a conversation between two AI, where one uses words and the other uses pictures. These reflections also open to more dystopian scenarios, such as the one about the possible rebellion of the machines outlined by Felix Luque in Nihil Ex Nihilo. 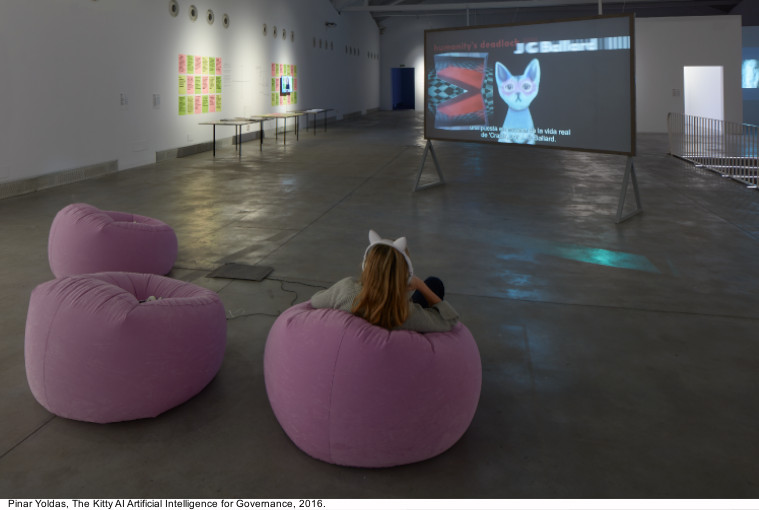 What happens when these systems break into strictly human areas, such as creativity and authorship’? Harold Cohen’s 1983 Arnolfini Series is an original reflection by one of the pioneers of the use of algorithms in the creation of artworks; in The Fall of the House of the Usher I and II, Anna Ridler uses three neural networks to obtain an animation inspired by the 1928 silent film of the same name, while in Human Study #1 – RNP – II by Patrick Tresset , a robot creates real-time portraits of visitors.
Far from presenting certain and monolithic visions, the artists in the exhibition propose questions, doubt certainties, unhingle erroneous beliefs, and trigger unforeseen dynamics. 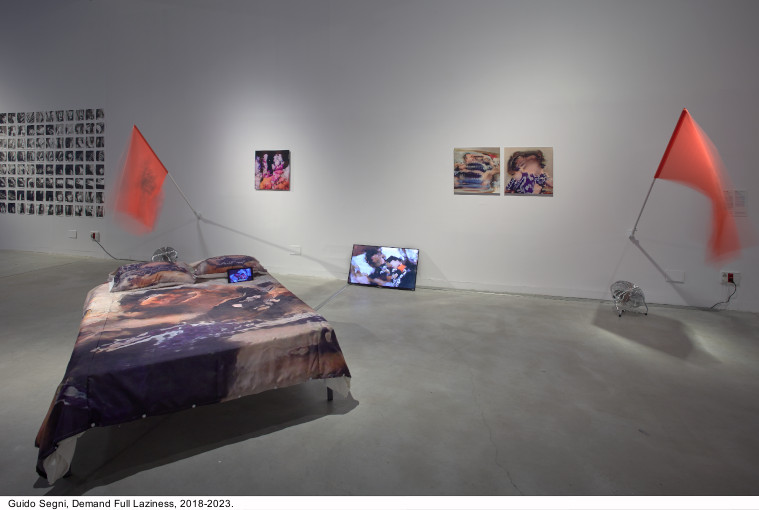 In Demand Full Laziness, Guido Segni has turned automation into a re source, deciding to delegate for 5 years, from 2018 to 2023, a part of his artistic production to a series of deep learning algorithms, previously trained with images from the artist’s personal moments of idleness and rest. An ironic and original mode of cooperation between man and machine, which suggests unusual and unexplored futures.