YOU GOT TO GET IN TO GET OUT: A Research between to Techno Culture and the Dancefloor

YOU GOT TO GET IN TO GET OUT: El continuo sonoro que nunca se acaba [The Never-ending Sound Continuum] is a curatorial investigation from and into techno culture and the dancefloor, conducted by Sonia Fernández Pan and Carolina Jiménez at the invitation of La Casa Encendida. This long-term project includes an exhibition, performances, workshops, a collective volume with various critical essays, monthly radio podcasts, a film cycle and live music sessions. Understood as a meeting point between techno culture and art, beyond the different representations made of the dancefloor or the club, the project focuses on the experiential and material quality of both the dancefloor and artistic practices. It therefore highlights the value of situated knowledge acquired through first-hand experience, listening, the sensory dimension and the different stories that converge in a culture which is also part of today’s social problems, as well as of past, present and future histories of struggle and resistance.

The exhibition relies on synaesthesia and subjective gestures—fundamental elements of the dancefloor—to connect works by different artists, deliberately avoiding a homogenising, historic narrative in order to make room for other perspectives on a “body of bodies” whose roots have gradually been diluted by successive hybridisations within the sound globalisation of techno music. The increasing virtuality of communities, the organic and vital nature of club architecture, the flow of objects from one subculture to another, the persistence of the pattern, the loss of the origins of a sound with infinite hybrid forms, transatlantic colonial history in techno music, Afrofuturism, the animistic importance of light, the ghostly condition of voices in house music, dance as a space of expression and social bonds, and the construction of new, resilient, resistant futures are just some of the elements that the exhibition remixes and overlaps in the different spaces at La Casa Encendida.

YOU GOT TO GET IN TO GET OUT, open from October 7, 2021 to January 9, 2022, is a collective effort that has been more than two years in the making. Now, when dancefloors and clubs are reopening after long months of forced closure, it adds a new chapter to the complicated yet thrilling biography of techno, a term that has been overwhelmed by its own social practices, sound hybridisations and aesthetic experiences. The project is presented as a deliberately fragmented yet intuitively interconnected mix of works and artists, where it is possible to get in and get out of techno without leaving a sound continuum that permeates the club membrane thanks to John Akomfrah, Sergi Botella, Lucía C. Pino, Tony Cokes, Lou Drago, Cyprien Gaillard, Paula García-Masedo, Frédéric Gies, Rubén Grilo, Ania Nowak, Michele Rizzo and Alona Rodeh. 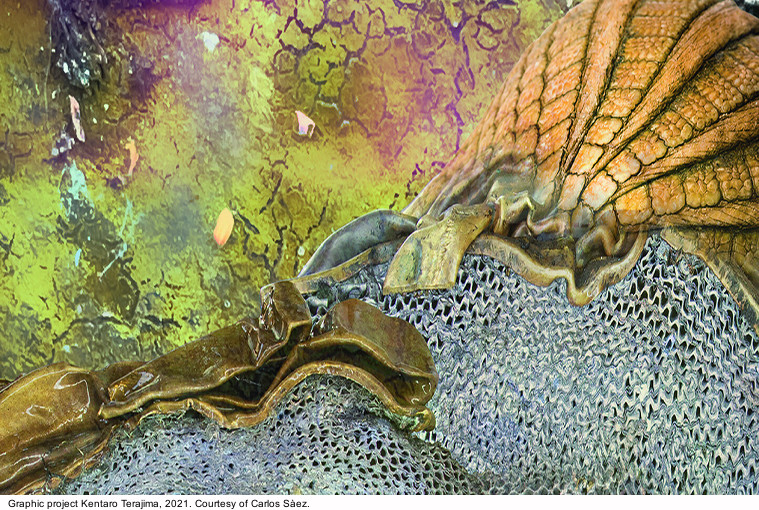 As the show’s curators, Carolina Jiménez and Sonia Fernández Pan, explain, “The project grew out of our own personal experiences on countless dancefloors via techno music and the variety of knowledge gleaned from continuous journeys and remixes.”

Carolina Jiménez is a curator with a predilection for hybrid roles who explores the intersections of research, programming, writing or developing exhibitions and projects, some institutional and others more or less independent. She currently lives in Barcelona.

Sonia Fernández Pan is an (in)dependent curator, writer, researcher, podcast producer and one of many anonymous bodies on the dancefloor for nearly two decades. She currently lives in Berlin.

The project’s title combines two phrases that the curators borrowed from the past. YOU GOT TO GET IN TO GET OUT was the rhythmic slogan of the famous Tresor Club float at the Berlin Love Parade in 1991, a vehicle that had a dance floor in the middle. El continuo sonoro que nunca se acaba [The Never-ending Sound Continuum] is a modified version of a phrase coined by Miguel Ángel del Ser, aka Psicolabio, during his monthly show on the Madrid radio station Svala Radio.

“Throughout its twenty-year history, La Casa Encendida has made electronic music a cornerstone of its programmes, defending its importance, bearing witness to its evolution and offering a different interpretation of the club scene,” La Casa Encendida director Lucía Casani recalls. “During that time, electronic music has carved out a space of freedom and tolerance that has been the driving force of an entire generation and which our programmes have reflected by hosting festivals like Experimentaclub, Electrónica en abril and She Makes Noise, bringing performers like Autreche, Alva Noto, Thomas Brinkmann and Caterina Barbieri to the stage, and facilitating the curatorial efforts of Andrés Noarbe, José Luis Villalobos, José Manuel Costa, Abraham Rivera, Natalia Piñuel and others.” Casani adds, “La Casa Encendida’s relationship with electronic music is a circle that never ends but has reached a new high this autumn with the exhibition YOU GOT TO GET IN TO GET OUT and its programme of parallel activities.”