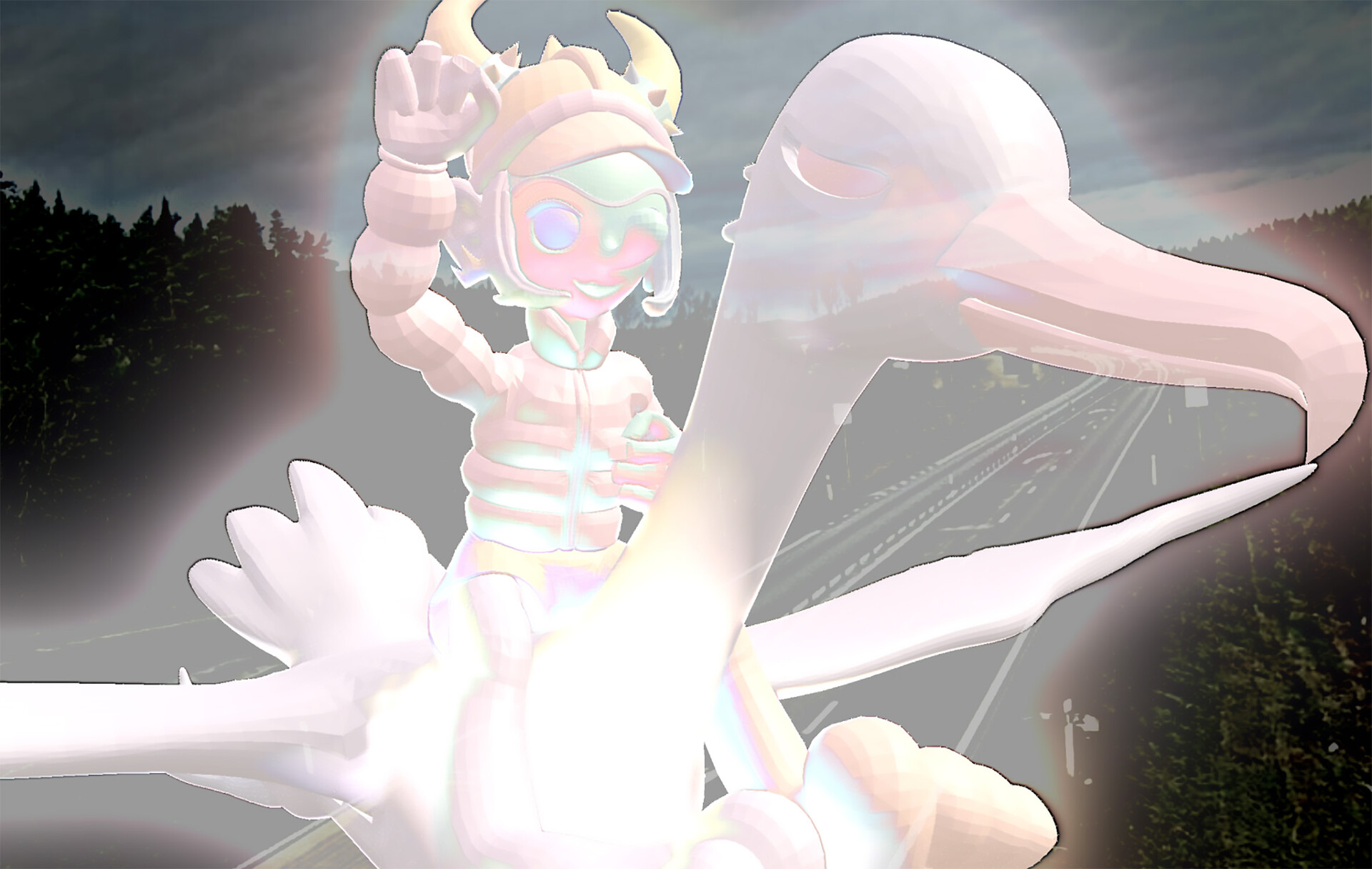 FolkFigur by Ilja Karilampi is a shapeshifting 3D character whose changes are driven by statistics that people generate in their daily life. As the first digital public artwork produced as an NFT on the blockchain Ethereum, it offers a dynamic portrait of today’s Sweden. It fuses folklore with literary legacy, while at the same time raising important questions about the impact of new technologies on the art world and society at large.

NFTs and crypto networks are phenomena that have seen a booming development during the last couple of years. They have inspired new approaches, communities, forms of investment, speculation and fraud but also activist involvement. As a result, many questions and challenges have arisen for artists, institutions and society at large. 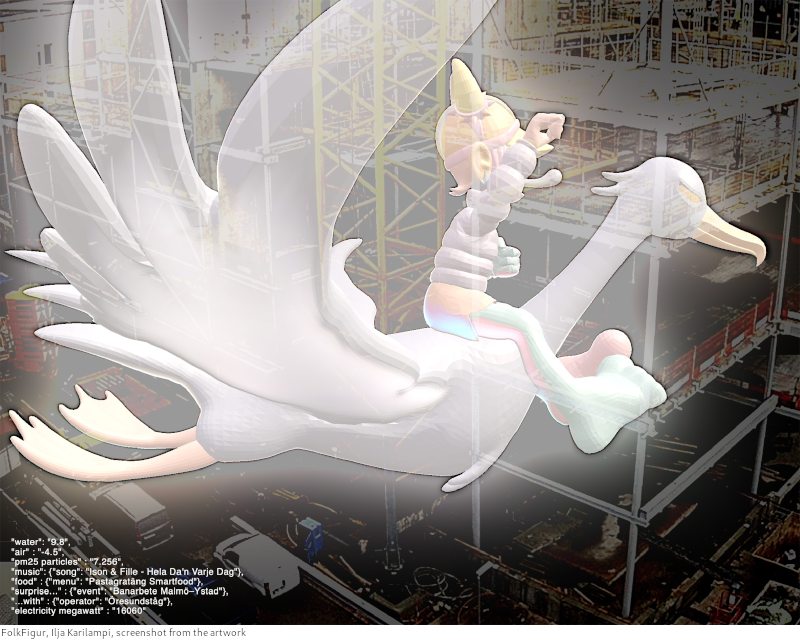 The NFT project FolkFigur (roughly translated as People’s Figure) by Ilja Karilampi is a multi-layered artwork. Aiming to create a representational symbol, or mascot, as he prefers to call it, that paints a portrait of today’s Sweden, the artist established a collective process working with various teams. As a result of long discussions, they developed a symbolical character that takes inspiration from both Swedish literature and Scandinavian folklore. The literary reference comes from Selma Lagerlöf’s beloved book The Wonderful Adventures of Nils Holgersson. The folkloric reference can be found in the character of the troll—a timeless, often ridiculed figure that could also be considered a bearer of Swedish traditions. FolkFigur thus became a new symbiotic figure, a queer troll on the back of the flying bird, travelling around the nation.

The figure emerges through a cloud of dots—a reference to the number of people living in Sweden. Light and colour changes roam through the figure’s body, making it exist in a constant flow of change. The glimmering bursts and behaviours are caused by real-time streams of public data, such as air quality, school food menus, energy production, public radio playlists and more. The figure also travels around Sweden in its own way: the background image changes every day and comes from public webcams placed around Sweden. The portrait of today’s Sweden is thus painted through these streams of data from people’s interactions, and their impact on the surrounding environment.

FolkFigur is experienced by visiting the website, accessible through a browser on your computer or mobile device. The audience can interact with the work at any time during its two-month journey and can choose to generate an NFT of its current state, thus becoming a co-owner of the artwork. The custom coded smart contract and web design allow FolkFigur to be imprinted forever on the Ethereum blockchain. All the NFTs of FolkFigur are distributed for free and require only a token wallet.

As a public art project FolkFigur raises important questions about the impact of new technologies on society and everyday life, on the role of artists and art institutions today and in the future, and on new forms of ownership, community and the sense of belonging that these new technologies may create.