“One Hand Clapping”: an exhibition on destabilized meaning in the globalized world

The Solomon R. Guggenheim Museum presents One Hand Clapping, a group exhibition of newly commissioned works by Cao Fei, Duan Jianyu, Lin Yilin, Wong Ping, and Samson Young. These five artists explore the ways in which globalization affects our understanding of the future. Their commissioned works represent a range of traditional and new mediums, from oil on canvas to virtual-reality software.

In her paintings and sculptures, Duan Jianyu celebrates the marginal figures who haunt the transitory zone where rural and urban, primitive and modern intersect. Wong Ping’s animated video, driven by the artist’s dark and risqué humor, addresses the tension between an aging population and the relentless pace of the digital economy.

Lin Yilin’s VR simulation tests the potential of such technology to enable us to inhabit the experience of another person or even an object—in this case, a basketball. In her fantastical film installation, Cao Fei examines the physical and psychological impact that automated industry exerts on the human body and society. 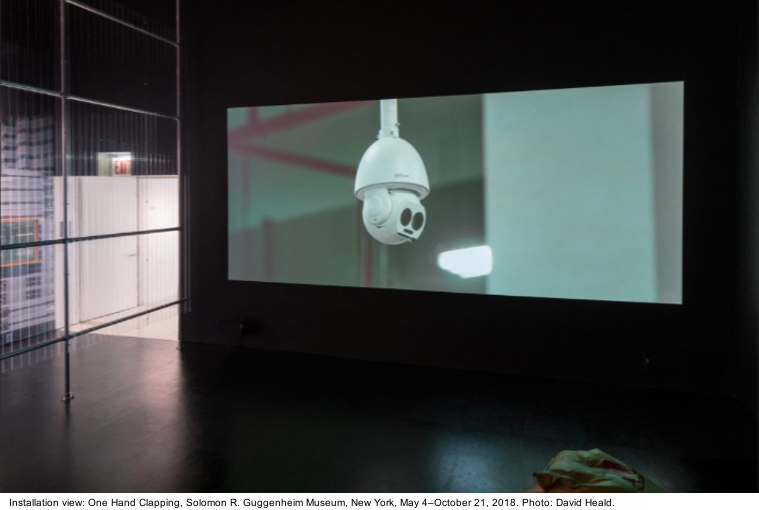 Samson Young plays upon our obsession with values of truth and authenticity by inventing an array of impossible musical instruments and digitally engineering their sounds. Together, these works challenge a universal, homogeneous, and technocratic future determined by economic growth and technological advancement.

The show’s title is derived from a koan—a riddle used in Zen Buddhist practice to transcend the limitations of logical reasoning—that asks, “We know the sound of two hands clapping. But what is the sound of one hand clapping?” Emerging from a tradition that originates in China’s Tang period (618–907), the phrase “one hand clapping” encompasses a history of cross-cultural translation and appropriation that continues into the present.

Popularized by its use as the epigraph to American author J. D. Salinger’s 1953 book of fiction, “Nine Stories”, this koan has also served as the name of a British band, the title of an Australian film, and the title and lyrics of a Cantonese pop song. In this exhibition, “one hand clapping” serves as a metaphor for the ways in which meaning is destabilized in a globalized world. 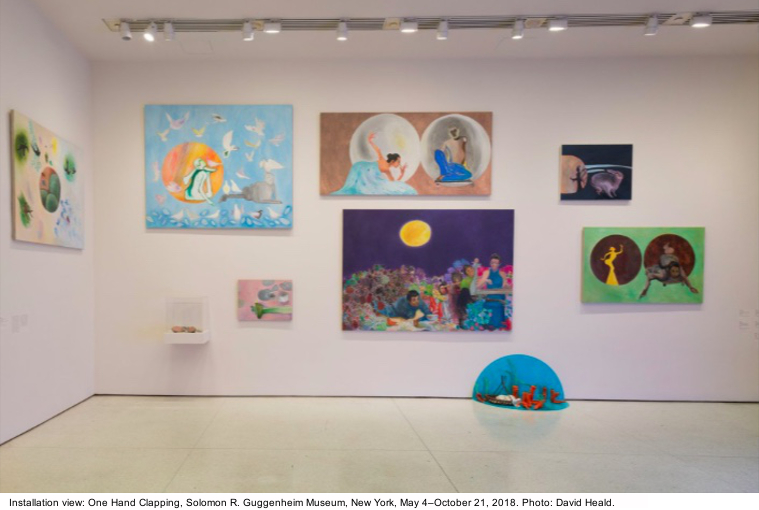 Evoking the idea of solitude, the image of “one hand clapping” also speaks to the ability of artists to put forth a singular vision that can contest entrenched beliefs, stereotypes, and power structures. The artists in this exhibition are connected by their deep involvement in specific places, namely, Beijing, Guangzhou, Hong Kong, and New York; their critical examination of our systems of exchange, communication, and production; and their imagination of multiple futures as a form of poetic revolution.

Reflecting the multiplicity of the artists’ practices, this publication is part exhibition catalogue, with essays by the exhibition’s curators, Xiaoyu Weng and Hou Hanru, and the philosopher Yuk Hui; part artist book, with special contributions by the five artists; and part anthology, with a selection of poems by some of the most exciting voices in contemporary Chinese literature: Wu Qing, Zhang Xiu, the worker-poet Xu Lizhi(1990–2004), and a new series by Hong Kong–based poet Nicholas Wong. 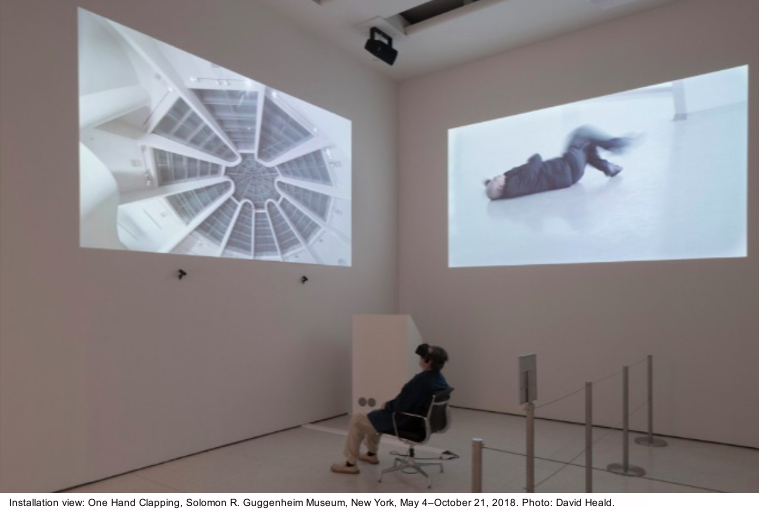 Launched in 2013, The Robert H. N. Ho Family Foundation Chinese Art Initiative at the Guggenheim supports a curatorial residency, three exhibitions and publications, and commission-based acquisitions by artists from the Greater China region. The program offers a platform for artistic experimentation that responds to and reflects urgent issues of our time. Works created through the initiative form The Robert H. N. Ho Family Foundation Collection at the Guggenheim.