Making/Breaking the Binary: Women, Art & Technology (1968-1985) is a multi-venue project in Philadelphia curated by Kelsey Halliday Johnson and the recipient of a 2016 Pew Center for Arts and Heritage grant. It surveys a generation of pioneering women artists in new media, reconsidering their role as technology innovators who helped shape the information age.

The core of the exhibition at the Rosenwald-Wolf Gallery at the Univeristy of the Arts in Philadelphia  features the work of women-identifying artists from 1968–85 who explored the parameters of the new technologies in video, copy machines, computer graphics, and musical instruments, alongside those evaluating the conceptual underpinnings of systems based thinking as the digital revolution took place.

Women have continually reasserted their role as seminal figures in the history of technology. In 1842–43, Ada Lovelace wrote an algorithm intended to be carried out by a machine, unknowingly creating the world’s first computer program. A century later, a group of women at the University of Pennsylvania in Philadelphia were recruited during World War II to be “human computers” and learned to use the first American digital computer, ENIAC. 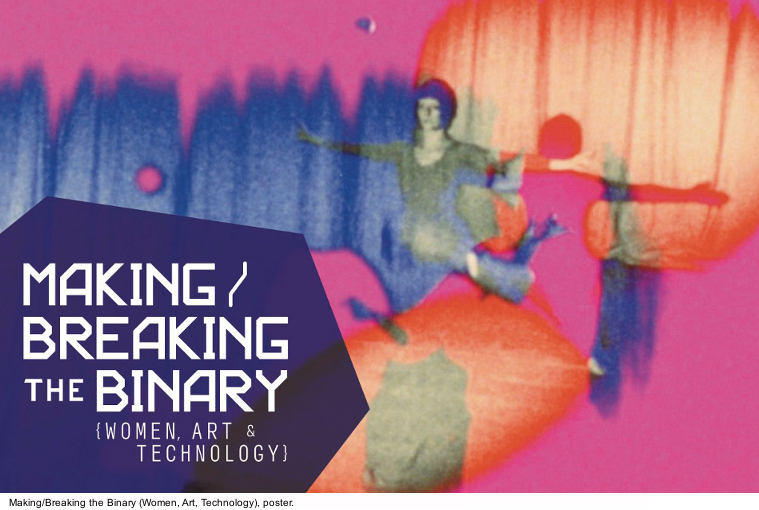 They are now known as the ENIAC 6, America’s first computer programmers. A collection of biographies of the pioneering women in STEM throughout history and a reading library accompany the works within the gallery.

As media saturated the domestic sphere and NASA sparked the American imagination, the digital revolution brought a proliferation of more capable computers, copy machines, electronic music instruments, and new recording devices and formats. The artists surveyed in this project from 1968–85 employed or interrogated these tools in innovative ways and paved the way for new media art as we know it.

Three evening length screening programs at Lightbox Film Center at International House Philadelphia accompany the project. The third leg of the exhibition at the Crane Arts Building‘s Icebox Grey Area is co-presented with Vox Populi and features looping gallery hour video works of the Laziza Videodance and Lumia Project in September, followed by a new digitization and restoration of Doris Chase‘s Circles II in October, in collaboration with The Film-Makers’ Cooperative. 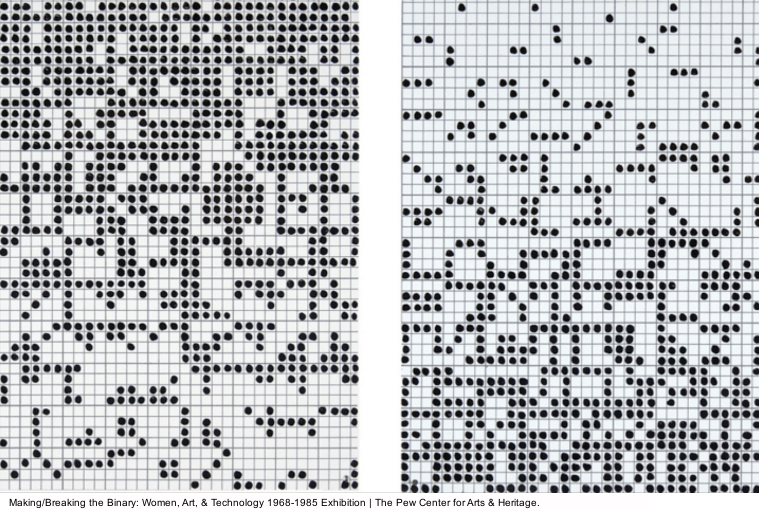 Making/Breaking the Binary: Women, Art & Technology (1968-1985) is sponsored by the Pew Center for Arts & Heritage. A panel discussion, hands-on workshops for inclusive arts and technology conversations, and an accompanying publication are forthcoming.