Anicka Yi in “Metaspore”: the interaction between living organisms and artificial intelligence systems 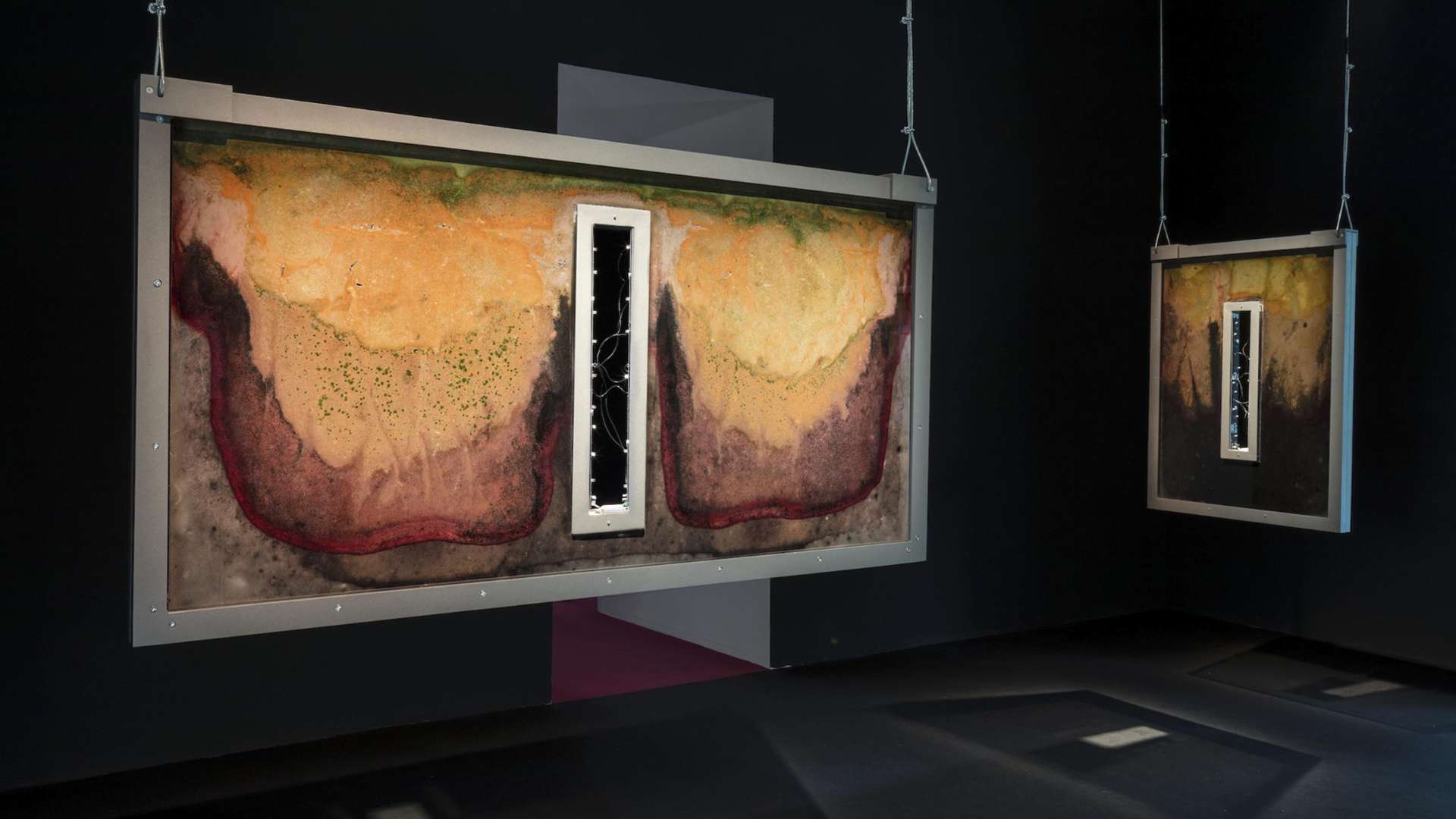 Since the beginning of her practice, American-Korean artist Anicka Yi (b. Seoul, 1971; lives and works in New York) has used biological and perishable materials such as tempura-fried lowers, algae, and glycerin to create sculptures and installations that form hybrid and symbiotic entities, thus subverting the concepts of natural and synthetic. She explores complex ecosystems privileging an immaterial and invisible dimension by employing elements like scents and bacteria in her artworks.

Collaborating with various professional figures, including engineers, chemists and scientists, Yi expands the limits of her work by developing ambitious projects that investigate new possibilities for interaction and communication between living organisms and artificial intelligence systems.

The artist’s first solo exhibition in an Italian institution, “Metaspore” is conceived as a survey and will present over twenty works, from 2010 until today, together with the production of a new expanded version of the artwork Biologizing the Machine (terra incognita), exhibited at the 58th Venice Biennale in 2019. The work investigates concepts such as ecosystem and interdependency, introducing visitors to key aspects of her poetics.

The exhibition is curated by Fiammetta Griccioli and Vicente Todolí.

Anicka Yi has won major awards, including The Louis Comfort Tiffany Foundation Award (2011) and Guggenheim Hugo Boss Prize (2016). In 2019, the artist realized “Biography Fragrance,” a line of three fragrances in limited edition in collaboration with Barnabé Fillion.
The exhibition will be accompanied by the most exhaustive monography on the artist. It will include contributions by Giovanni Aloi, art historian, Rachel Lee, Professor of English and Gender Studies, and Merlin Sheldrake, author and biologist, together with a text by the curators. The catalogue will also include detailed entries of the works on show, a complete chronology of Anicka Yi’s exhibition history and an original glossary of her most significant conceptual references, conceived together with the artist.