There is an irreverent, restless and impulsive character pervading the works exhibited, something that has to do with the logic of irrepressibility and being poised on a precipice. They are images charged of an ongoing aesthetic power, that stays at the boundary between resistance and its inevitable fading. Foucault spoke of bio-politics, or subjugation of life to politics, as such as it acquires the management of our body, of our movements, our choices and activities.

Through very different languages Alterazioni Video, Filippo Minelli and Carlo Zanni burst in real and / or constructed scenarios imagining a turning point, the arrival of an external event, something probably envisioned, but never fully understood, to change both the perception of the landscape as a political result both the relationship with the information and what it alters or keeps silent.

“Avarage Shoveler” (2005) by Carlo Zanni is an interractive game online: in a pixelated atmosphere snowballs rain down, each bearing the image captured by the TV channel ABC news, the task of continuing to sweep the road, to keep it clean, is up to two men. It’s the inescapable and tragicomic mediatic bombardment, that however, a bit like the snowballs, has a limited life, as it is replaced by other information laster. “Average Shoveler” is a project commissioned by Rhizome.org in 2004, which involved the cooperation of the famous composer Gabriel Yared (oscar award for the soundtrack of “The English patient”) and Siri Kuptamethee, an “Indigo People” designer. 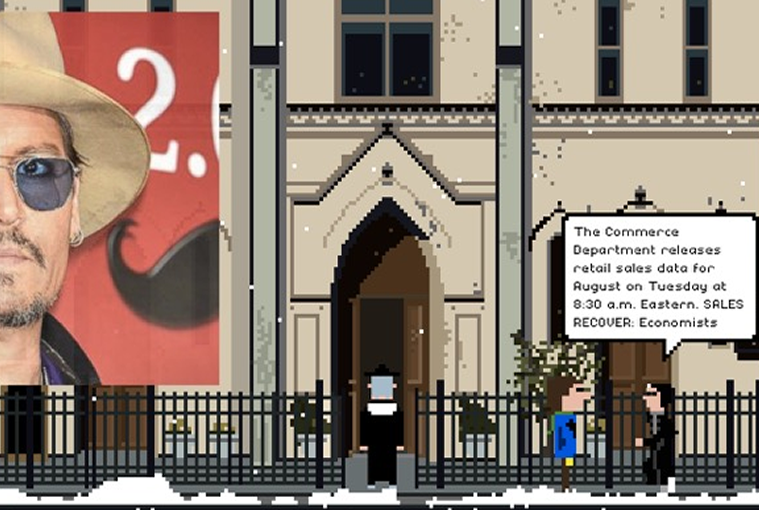 To the iconographic and informative overcrowding by Zanni, the silence of Minelli answers. “Silence/Shapes” is an ongoing project that Filippo Minelli began in 2009 to give a physical form to silence, as an essential part of the language. The use of spray bombs emphasizes the role played by chemistry in our society to create silence and empty.

It’s a perfect coloured smoke, the axis of the composition, to create a vacuum and a full within the Californian rupture San Andreas: something that the earth produces and then re-swallows. It’s the noise of the world exploding in a deaf shape, that while sublimates the expanse surrounding, reveals a romantic catastrophic ‘avenir’.

The explosion in the spectacularized era, becomes colourful and absolute, balanced and flawless. 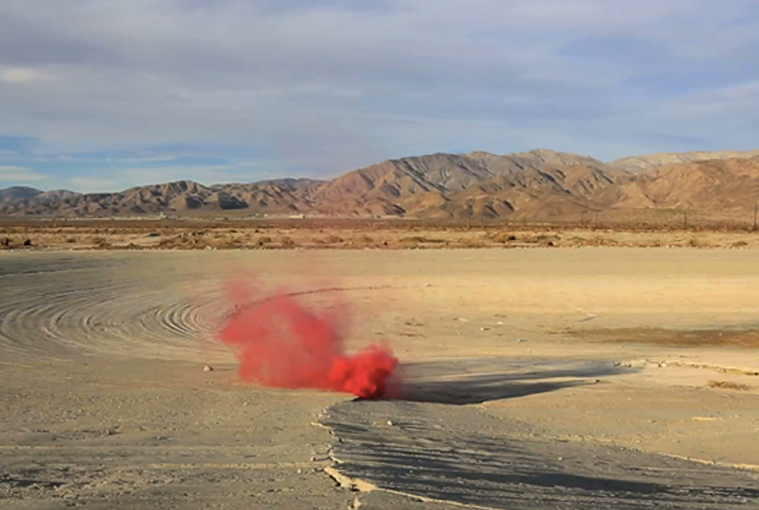 The film turbo “Per troppo amore/For too much love” (2012) by the Italian collective Alterazioni Video celebrates the beauty of the ruins of a past never existed. We refer to the unfinished buildings in Italy, of which Sicily is rich. The turbo film is a new gender developed by A.V., was such does not respond either to the logic of the documentary, nor to the soap-opera nor to a fantasy movie, but transcends them all.

“Per troppo amore” alternates the prospect of an astronaut accidentally dropped in the archaeological park of “Incompiuto Siciliano/Sicilian Unfinished”, which here takes the form of a dog to go unnoticed (the role played by Marc Augé, famous for his thoughts about “not -places”) to the perspective of the inhabitants of Giarre that live in those places, visit them and use them as training, love, superhero dreams scenarios.

The “Incompiuto Siciliano”, on the border between what reveals about the dynamics of the building of the Italian noon and surrealism that arouses, becomes a place where travelling through time without having to chase. 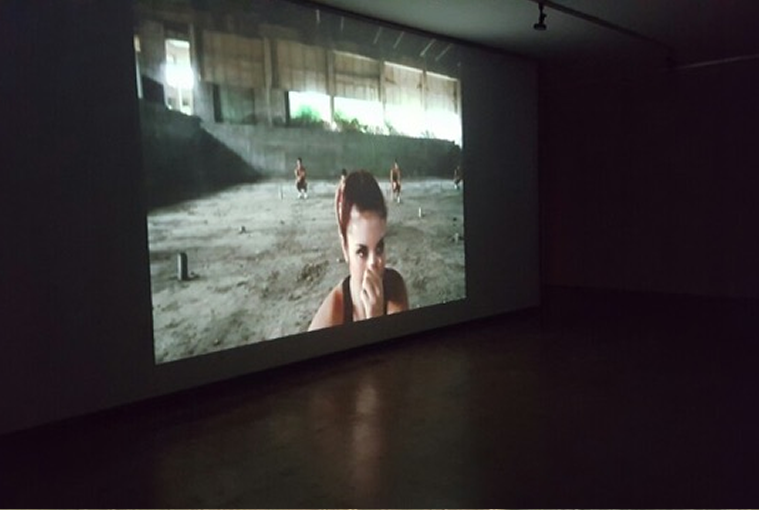 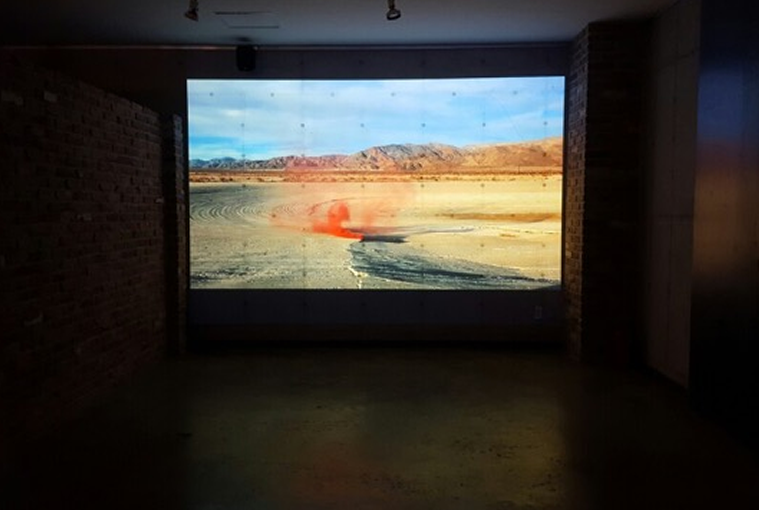 This exhibition has been possible thanks to the Italian Organization Amalart and its relationship developed with South Corea. It has the privilege of representing a symbiosis between a gallery, an art marketing agency and a market place for sale and virtual interactions. On a broader scale, the project is aimed at facilitating the internationalization and market, opening up new frontiers in communication and promotion of the Art, strengthening the ties with the primary public and private cultural sectors and with a variety of production stakeholders.