Since the early 1980s, John Akomfrah’s moving image works have offered some of the most rigorous and expansive reflections on the culture of the black diaspora, both in the UK and around the world. Akomfrah’s work initially came to prominence in the early 1980s as part of Black Audio Film Collective, a group of seven artists founded in 1982 in response to the 1981 Brixton riots.

The collective produced a number of films notable for their mix of archival and found footage, interviews and realist depictions of contemporary England, and layered sound collages. In works like Handsworth Songs (1986), Akomfrah and Black Audio outlined the political and economic forces leading to social unrest throughout England.

Akomfrah and Black Audio’s works were remarkable for their trenchant political inquiries and consistently experimental approach. They were also pioneering in their injection of narratives of black British history and culture into popular media through documentaries made for British television. 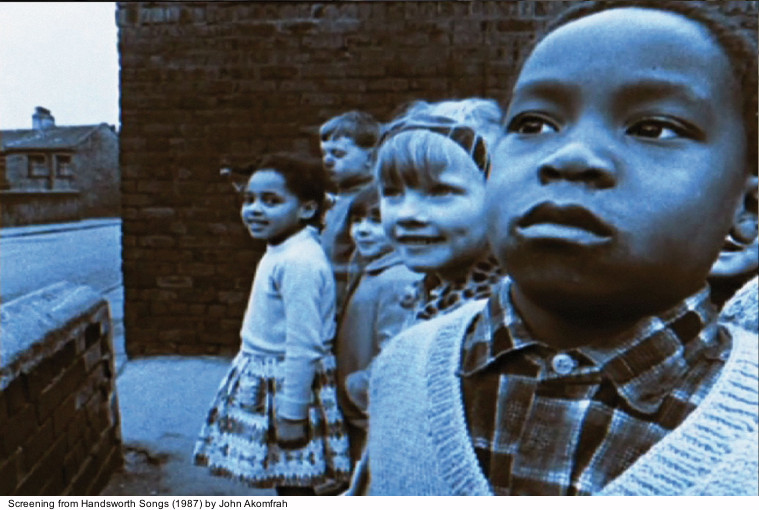 Throughout the 1990s, Akomfrah’s subject matter expanded beyond the social fractures of contemporary British society to focus on a wider historical context, from the persistent legacy of colonialism to the roots of the contemporary in classical literature. Moving into the early 2000s, Akomfrah also produced a series of atmospheric works addressing personal and historical memory.

In the past several years, his multichannel video works have evolved into ambitious, large-scale installations shown in museums around the world. Although Akomfrah’s work has had a direct and profound influence on subsequent generations of British artists working across media, the importance of his work has yet to be fully felt in the US.

The centerpiece of the exhibition at the New Museum is Akomfrah’s celebrated three-screen video installation Vertigo Sea(2015). The work, which premiered at the 2015 Venice Biennale and has its first New York presentation at the New Museum, focuses on the ocean as an environmental, cultural, and historical force, connecting literature and poetry, the history of slavery, and contemporary issues of migration and climate change. 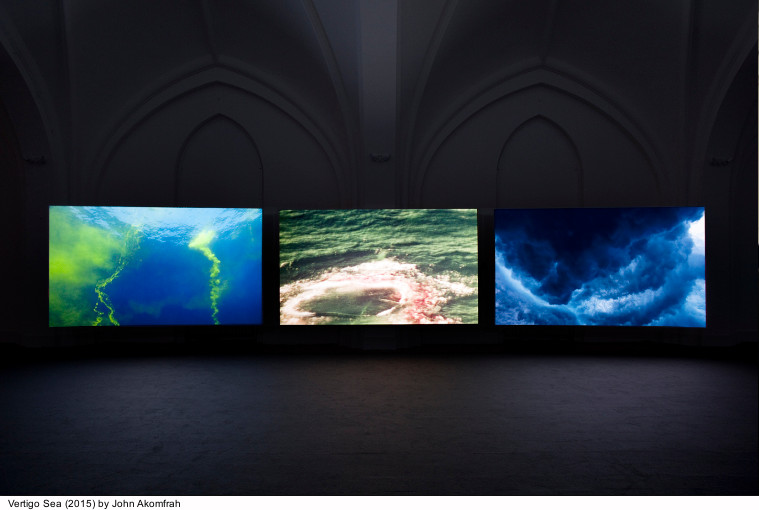 The exhibition also includes The Unfinished Conversation (2012), Akomfrah’s complex reflection on the life and ideas of cultural theorist Stuart Hall; Expeditions One: Signs of Empire (1983), the first work produced by Black Audio Film Collective; and a new version of Akomfrah’s Transfigured Night (2013/2018), a two-channel work looking at the relationship between the US and postcolonial African history.

Concurrent with his exhibition on the Second Floor, four of Akomfrah and Black Audio Film Collective’s single-channel works from the 1980s and ’90s are screened on Wednesdays on the Lower Level as part of the Museum’s Screens Series.

These works are Handsworth Songs (1986), Black Audio Film Collective’s highly influential documentary on the social upheaval in early 1980s Britain; Testament (1988), a fictional work examining the legacy of postcolonial Ghana; Seven Songs for Malcolm X (1993), an experimental biography of the American political leader; and The Last Angel of History (1995), Akomfrah’s look at the concept and key figures of Afrofuturism. 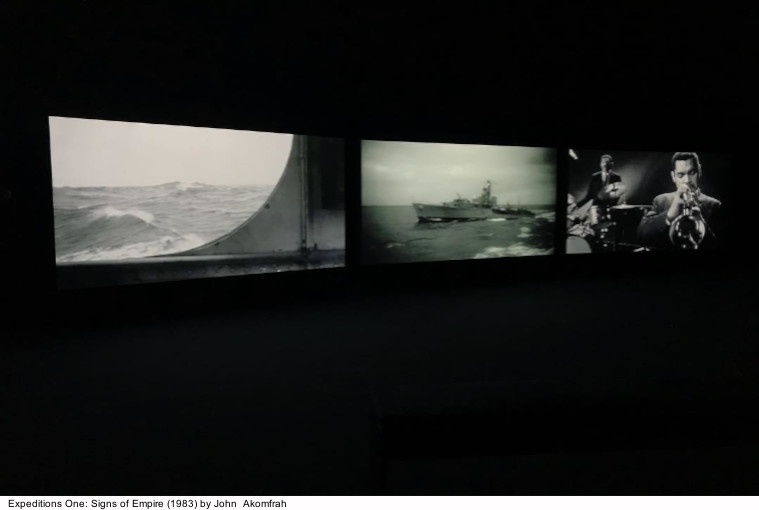