On the occasion of the Biennale de l’Image en Mouvement 2018, the Centre d’Art Contemporain Genève started a new partnership with OGR – Officine Grandi Riparazioni, Turin. This is an unprecedented collaboration, at least in this form, in the long history of the Biennale. 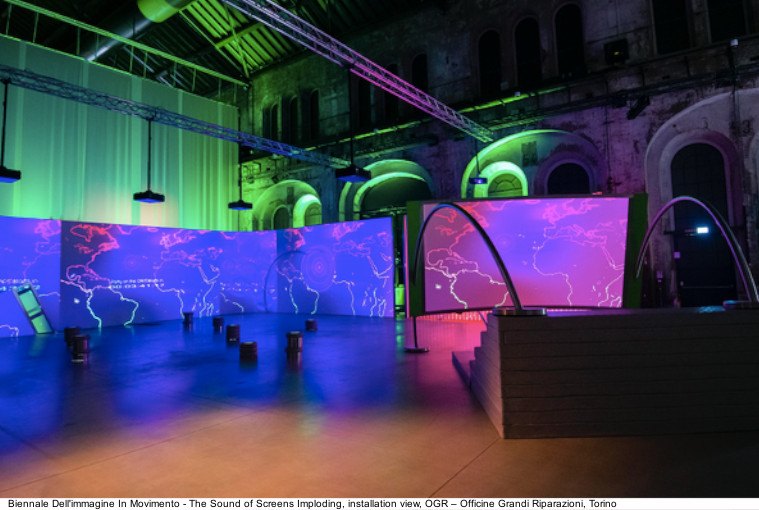 The dialogue between the two institutions has taken place on three different levels: the co-production of works such as those by Meriem Bennani and Tamara Henderson, the creation of a comprehensive catalogue, upcoming in the Fall of 2019, and most importantly the realization of a brand-new, site-specific version of the Geneva exhibition, purposely designed by Andreas Angelidakis for OGR.

The Turin’s show, opening on June 21, 2019 and titled, as in Geneva, The Sound of Screens Imploding, is conceived as a series of individual environments. The concept for the show revolves around a fundamental principle: that moving images now dwell outside the screen, lingering on in a fascinating kaleidoscope where vision can be shaped by sound as much as by the image itself, or even more so. 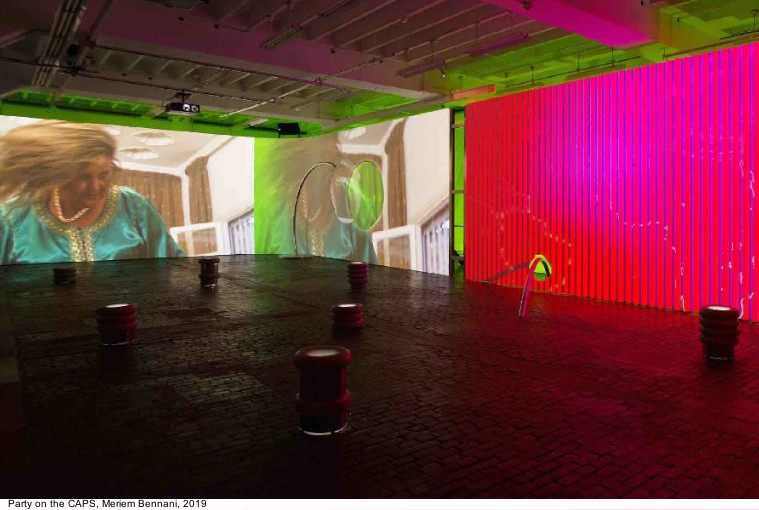 Inevitably, the show explores the status of the moving image and its exhibition format, building on the idea that the long era of projection on screens is coming to an end and will give way to environments that reverberate with the radiant echo of their implosion. The curators, Andrea Lissoni and Andrea Bellini, have decided to dream up an immersive exhibition, presenting a series of contiguous, differing worlds that alternate within a densely packed space that is a unified whole, yet teeming with eclectic forms.

As visitors are sucked into these universes, they may begin to lose their grip on reality and their sense of time. The future could start to blur into some vague, digital present, while primeval sounds bear echoes of a past that struggles on, refusing to fade away. 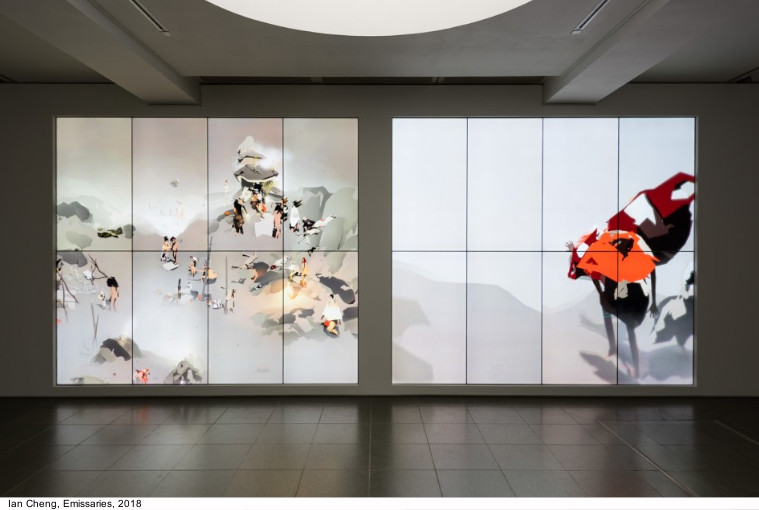 Emphasizing the innovative potential of new languages connected to the moving image, the exhibition forges an intense dialogue with a generation of artists from a wide range of countries and backgrounds. The artists featured in the exhibition are Lawrence Abu Hamdan, Korakrit Arunanondchai & Alex Gvojic, Meriem Bennani, Ian Cheng, Elysia Crampton, Tamara Henderson, Kahlil Joseph; meanwhile, Andreas Angelidakis has been entrusted with tying all of these installations together into a single, cohesive project that dialogues with the post-industrial architecture of the century-old Officine of Turin.

OGR – Officine Grandi Riparazioni is a cultural hub stretching over 20,000 square meters and providing exceptional experiences in a range of art forms.  Built between 1885 and 1895, the site was once dedicated to the maintenance of railway vehicles and it is now committed to the promotion of culture and technological innovation in the fields of visual and performing arts. 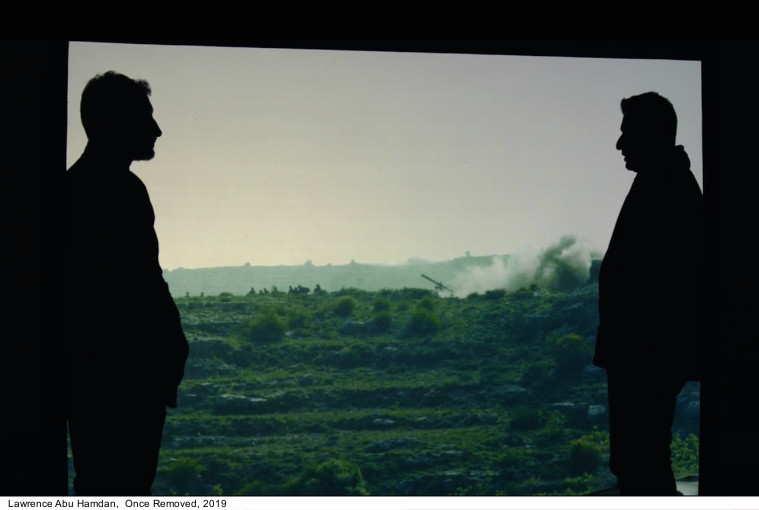 Following the Biennale of Moving Images, in 2019 OGR Torino will present solo exhibitions and special projects by artists and performers including Monica Bonvicini, Mauro Restiffe, Nico Vascellari and Holly Herdnon, as well as a series of collaboration with the avant-pop music festival Club To Club and Turin’s contemporay art fair, Artissima. 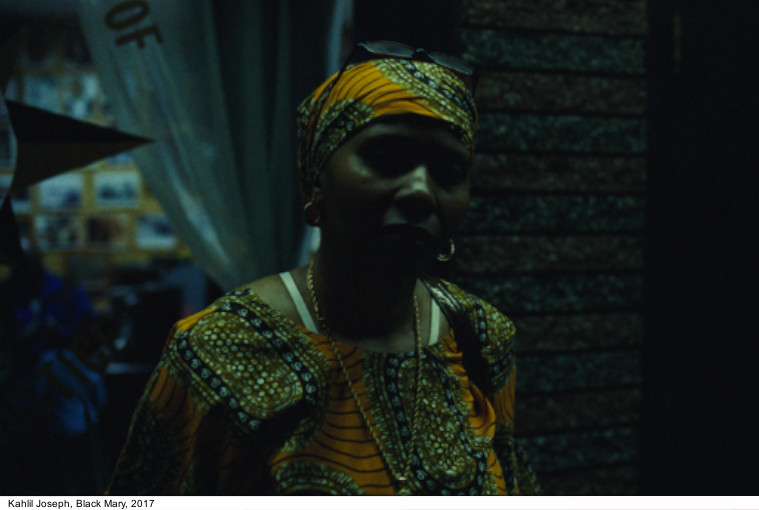 OGR’s 2020 Performing and Visual Arts Programs, designed by Artistic Director Nicola Ricciardi and the Curatorial Team formed by Valentina Lacinio, Giulia Guidi and Samuele Piazza, will be unveiled on September 11, 2019.