PAV Parco Arte Vivente presents Ecologies of Loss, the first Italian solo exhibition of the Indian artist Ravi Agarwal. Curated by Marco Scotini, this exhibition continues the investigation into the relationship between artistic practices and ecological thought in the Asian context, begun with the solo exhibition of the Chinese artist Zheng Bo. This research wants to take stock of the “centrality of Asia in the climate crisis” as claimed by Amitav Ghosh.

As one of the major representatives of the Indian art scene, Agarwal has, for decades, lead an inter-disciplinary practice as an artist, photographer, environmental activist, writer and curator. His work explores vital questions of the contemporary era such as, ecology, society, urban and rural spaces, and capital. 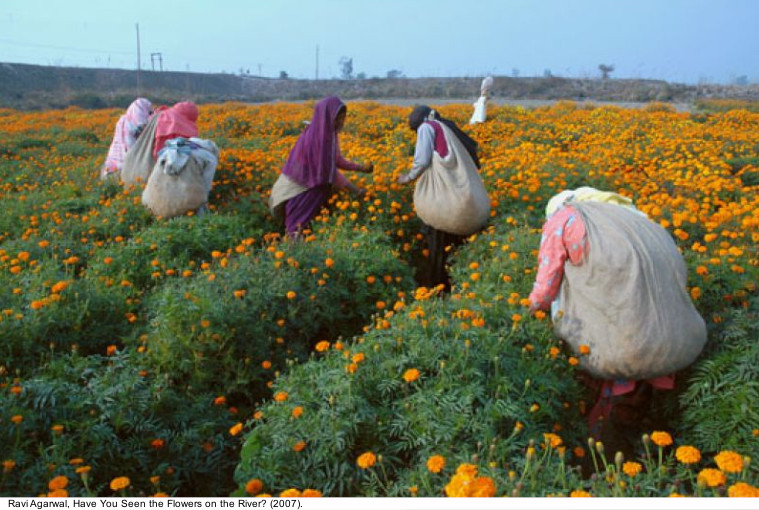 For more than 40 years, photography has been the preferred medium used by Agarwal, yet during the last decades his work has acquired a broader scope due to the inclusion of installations, video, public art interventions, and diaries as integral elements of his long-term research projects. The decentralized nature of his approach (plural, fractal, polyphonic), places Agarwal amongst those exponents of a nomadic science (Deleuze and Guattari) who act against totalitarian, theoretical examples in favor of lesser, fragmentary and local forms of knowledge.

Moved by the desire to take back control of autonomous, collective powers subtracted from capitalism, self-management and self-government, and cooperation in human and extra-human labor, Agarwal records the ongoing changes in the environment, beginning with the awareness of the losses. This is clearly expressed also by the exhibition’s title, Ecologies of Loss, conceived especially for the PAV.

In this sense, being his first solo exhibition in Italy, it tries to gather together nuclei of works chronologically disposed over the years, from Alien Waters to Else All Will Be Still. Within these vast areas of research, the loss of animal species (the community of vultures in the southern part of Asia) is no different to the threat of extinction of the marigold crop (its sustainable economy and significant rituals), the loss of the Yamuna River equals to that of language (with recourse to ancient Sangam literature written in Tamil), up till the loss of the subjective self—in accordance with a logic of ecosystemic interconnections by means of which, no element can be isolated from the others. 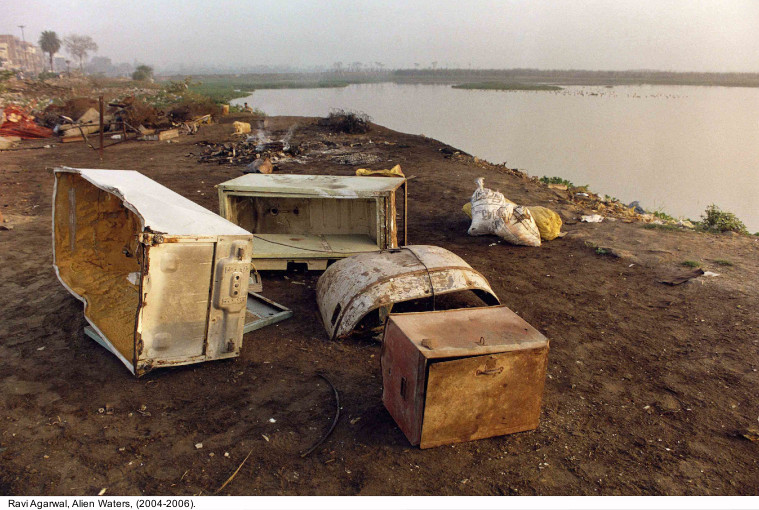 However, the fundamental and original aspect of Ravi Agarwal’s artistic and activist work is that which has been defined by many as “personal ecology” since 2002, when his work was presented at Documenta XI and when the subject of ecology was still not on the agenda. Rather than “personal ecology,” it might be more appropriate to define it, using a derivation from Foucault, as “ecology of the self” or, in other words, as the implication of one’s own autobiography within the environment, as an indissociable component of it.

For this reason, the environment cannot be solely natural but must also be psychological, social, linguistic, semiotic, mythological etc. From this point of view, the work presented at the Yinchuan Biennale is particularly emblematic. Its title, Room of the Seas and Room of Sands, refers to two areas of the artist’s life connected by the common element of sand. Two ecological contexts, two survival policies: the damp landscape of the coastal city of Pondicherry and the arid Rajasthan desert, of his infancy and his ancestors. 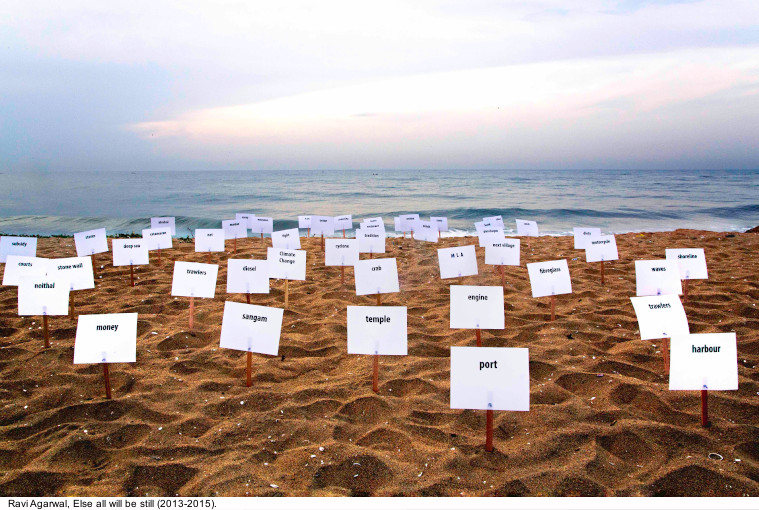 As Agarwal claims, the river is not only a body of water that runs through the city, but a network of a thousand interconnected relationships with it, its inhabitants and with nature. His works have been displayed in international exhibitions, amongst which are the Yinchuan Biennial (2018), the Kochi Biennial (2016), the Sharjah Biennial (2013) and Documenta XI (2002). Ravi Agarwal is the founder and director of the environmental NGO Toxic Link.

The exhibition has been staged with the support of the Compagnia di San Paolo, the Fondazione CRT, the Regione Piemonte and the City of Turin.