Philippe Parreno solo show as part of the programme Immersion

Philippe Parreno’s untitled solo exhibition at the Gropius Bau Berlin has yet to exist and will perhaps never exist as it is described here. This is not to say that it is any less real. To be sure, this show has many different modes of existence which, as of now, are purely virtual, sites of possibility which may or may not become actual.

To date, the exhibition exists in various modes that have changed over time including one which can be experienced through VR headsets. Yet at this time, nothing appears fixed, the future that the exhibition takes remains open, and we can only imagine what Parreno intends to do.

It seems certain that some old works will reappear. For example, a cuttlefish, an animal that turns up often in Parreno’s work will star in Anywhen, a film shot in 2016, which has recently been entirely re-edited. Many of these past works that may reappear were never really artworks to begin with. 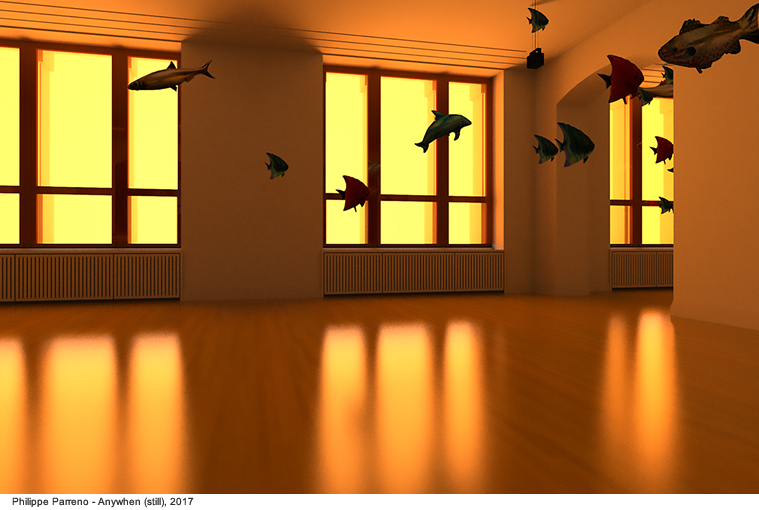 For example, the flower wallpaper previously seen as a background element in the set of Parreno’s film Marilyn (2012) moves to the foreground becoming an individual work covering a gallery wall. Fireflies return too: hundreds of drawings of lightning bugs flash on a large LED screen and then fade away, their lifespan governed by complex algorithms.

Certainly, this coming and going of old characters has something to do with birth, death and rebirth. When (or if) these old works meet, only time will tell how they will get along. Will they resonate? What new realities might emerge? Disembodied free-floating sensations and intensities will directly affect the bodies of the works themselves and those visiting the show.

In one room, three different wind vortexes designed by scientists will guide the circulation of balloon fish on an elaborate path. This course in turn will be altered in unexpected ways as the fish interact with the spectators. Live sounds, emanating from somewhere in or beyond the city, leak inside and spread from one room to the next. 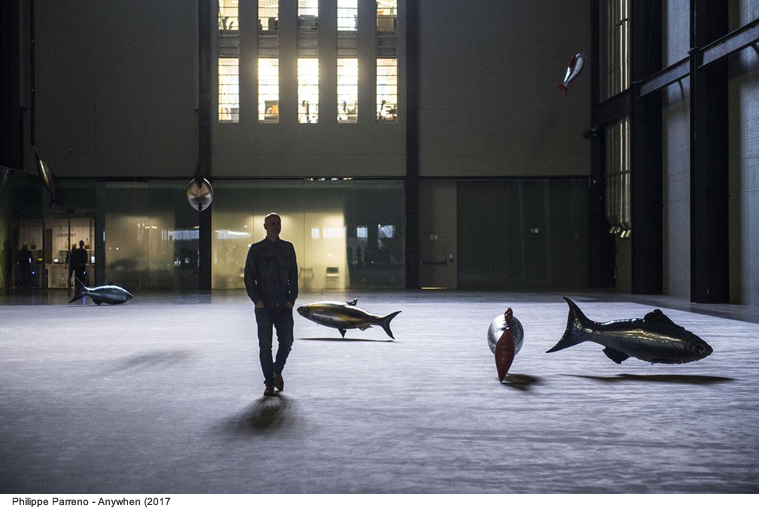 These sounds re-surface in the reflecting pool of the atrium as they are transduced into visual patterns of waterlilies. Light constantly changes in the galleries as automatic blinds go up and down following a rhythm governed by an unknown authority. Another area is bathed in an eerie orange glow that evokes the fictional future of our fading sun. In another room, the temperature changes drastically. Is it just our imagination? How can we feel these intensities if they have yet to be actualized?

As we move through the exhibit, we begin to feel as if we had entered a dimension not organized according to our normal spatial coordinates. This is an inner space, a purely mental landscape, a site animated by a paranoiac logic. In a back room, sits a bioreactor, consisting of a beaker in which micro-organisms multiply, mutate, and adapt to their environment.

Connected to computers that orchestrate the events in the exhibition, these bacteria develop a memory, a collective intelligence that learns the changing rhythms of the show and evolves to anticipate future variations. As the micro-organisms persistently interact with each other, and with the contingent events taking place in the museum, their neural circuitry sets in motion a complex non-deterministic, non linear mise en scene. 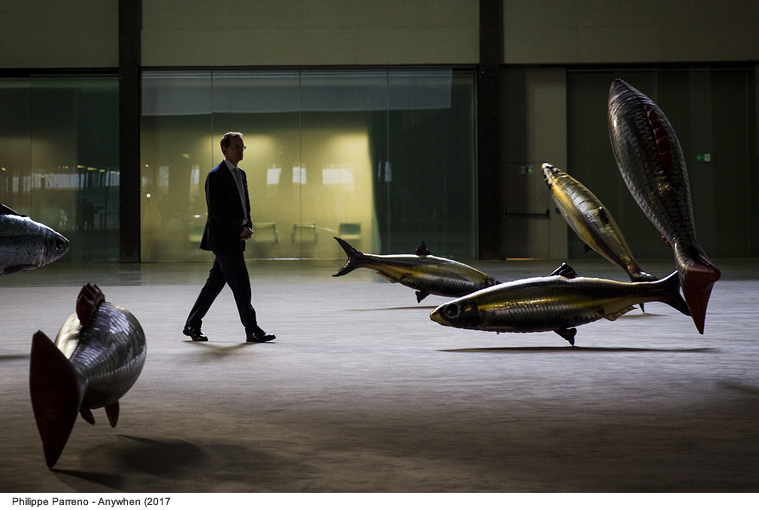 This alien brain in a vat becomes the living control center, the mastermind, of the exhibition. The bioreactor’s thought process is imperceptible to humans. We can only imagine what it intends to do.