In “SOUNDMUSEUM” visitors become active performers, thanks to sound and multi-sensory experiences

Sound is a vibration that is momentarily absorbed in our body, remaining as a subtle and subjective experience and memory in the listener. Since the invention of the phonograph in the late 19th century, people began to pay attention not only to music but to sounds, such as that of machines, nature, voices, or heartbeats; and artists started creating works that obtain sound from various environment, including noise, as the material of their work in art exhibitions and public venues beyond the confines of traditional music stages. 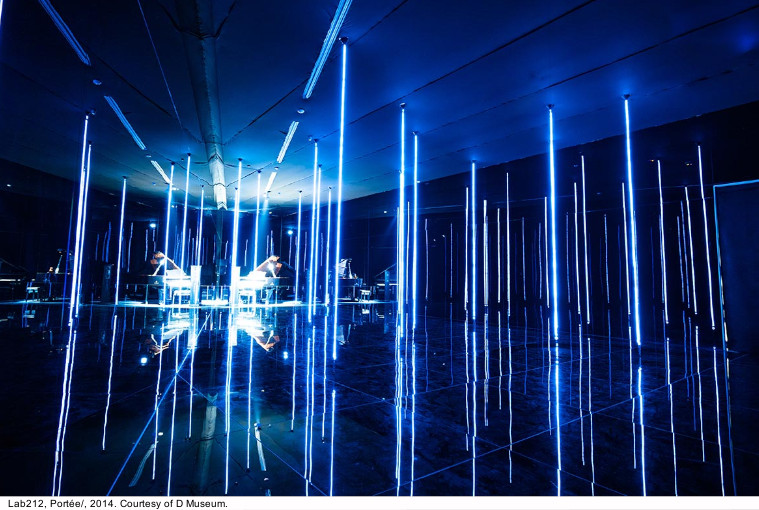 The exhibition is organized across multiple dimensions to invite the visitors to be active performers and experience live moments delivered by the resonance of sound and emotional stimulation. From the moment the audience enters the exhibition space, they rediscover what it means to hear something and for something to be audible, and then participate in the process of making sounds.

The exhibition reminds us that sound is an element that we can respond to, inspires us to imagine, and we can also create ourselves, through works such as Robin Minard’s sound installation, where subtle and clear sounds from hundreds of loudspeakers fill a space saturated with calm blue filtered light; David Helbich’s audience-led performance where the participants are invited to create unique rhythm using their hands and ears; Kristin Oppenheim’s minimalist vocal installation in which her dreamy voice awakens the memories of the listener; Lab212’s interactive sound art wherein visual and audible harmony is composed from the audience’s fingertips, and Bona Park’s multi-channel video work guiding the visitor to the new understanding of the sensibility of sound. 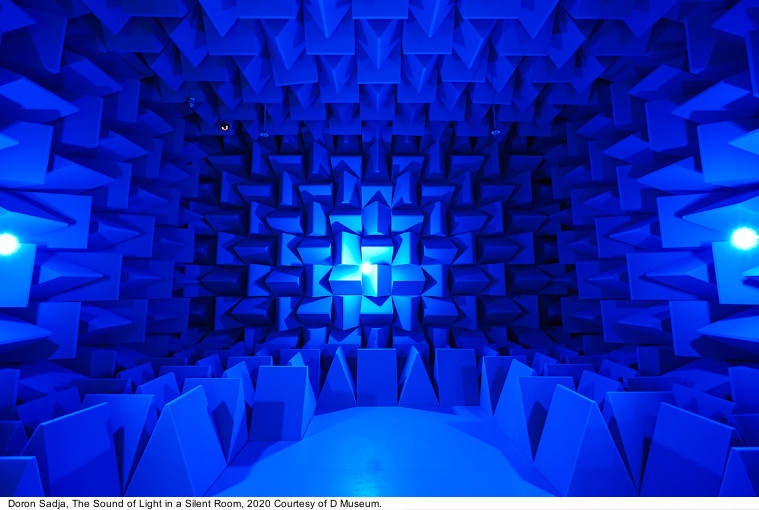 On the second floor, the audience encounters artworks shown in Korea for the first time that present different ways of listening to image and space through acoustic storytelling. In Doron Sadja’s installations, the rhythm of noise and light is played in the site-specific spaces including an anechoic chamber as if to play variations on light, while Robert Henke’s audiovisual performance leads the audience into an infinitely changing space generated by shimmering laser lights.

The exhibition also presents major works by Mary Ellen Bute, Jules Engel and Jordan Belson, some of the pioneers of visual music which became the foundation of MTV and music videos today. Finally, MONOM’s immersive 4DSOUND installation allows the audience to traverse across different space-times. Such works direct at the intimate relationship between sound and silence, image and space, and the audience themselves while presenting us with the powerful experience of the complete physical immersion in sound. 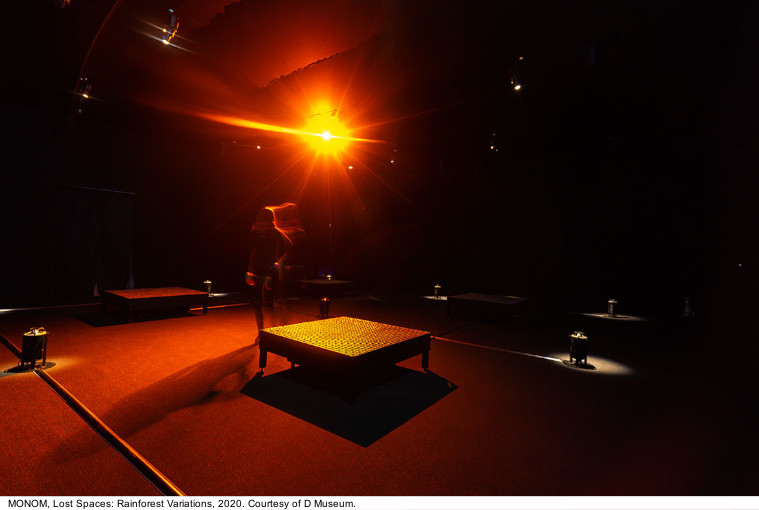 The audience is also greeted with poetic and compelling works in unexpected places including Vasku & Klug’s interactive light and sound sculpture inspired by the form of chandelier combined with fairytale-like stories. Other wonderful surprises in the exhibition include films from Oskar Fischinger’s oeuvre which are key works influencing and shaping the history of visual music, and an independent theater screening Jordan Belson’s Fountain of Dreams that explores music by the quintessential composer of the Romanticism era, Franz Liszt. 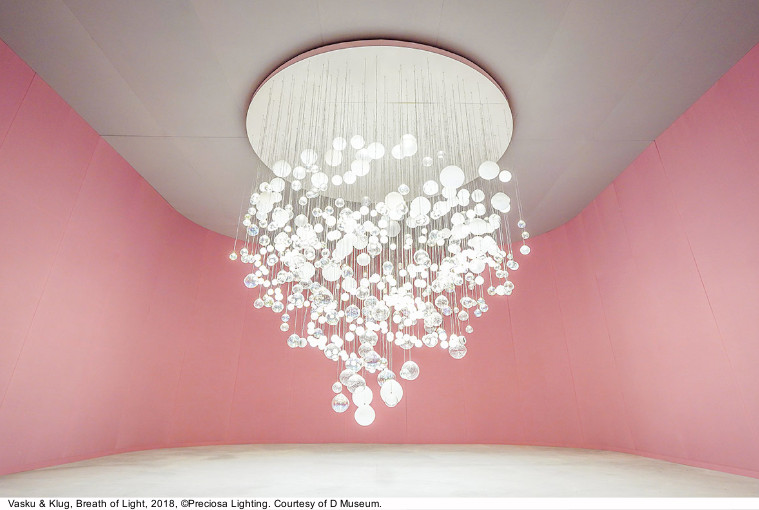 With this exhibition, D MUSEUM is being reinvented as a new art platform where 13 sound spaces await to elicit awareness, sentiments and memories of individuals. In an infinite yet transient aural world the audience will be reintroduced to the sense of hearing and guided into the journey of space, time, and sound.