The Madre museo d’arte contemporanea Donnaregina of Campania Region presented the italian preview of the last episode of the Amos’ World trilogy – Amos’ World (Episode Three)– by the artist Cécile B. Evans (Cleveland,1983). In the exhibition, curated by Cloé Perrone, the film, conceived by the artist as a fictional TV series, will be presented in a setting that includes a series of sculptureous seats. The artist’s research is articulated between different media such as video, sculpture, performance and installations.

In her works, Cécile B. Evans studies the dissonance between realities as they are imagined and felt by reinterpreting elements of network theories and entropy. Often using fictional characters that manifest in different materialities and forms, the artist examines the value that contemporary society attributes to the emotions and conditions of the digital, material contexts that constitute the reality in which we are immersed. 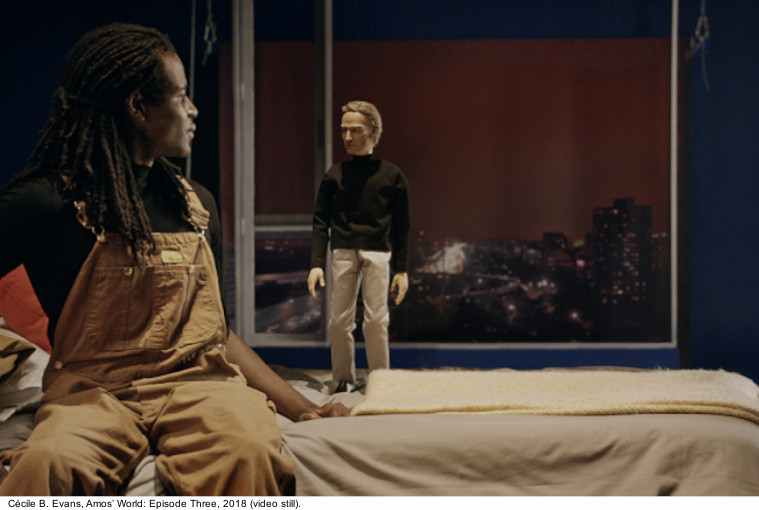 The Amos’ World trilogy, composed of sculptural and video installations, is divided into three episodes, conceived by the artist as a fictional TV series set in a socially progressive housing estate, in particular, one influenced by the brutalist projects that stemmed from le Corbusier’s idea of a “city within a building”: a perfect individual-communal living structure for the capitalist age.

These projects, which sprung up across the world (several of which can be found as locations within the trilogies), almost always failed in their ambitions and ability to align with the realities, necessities and whishes of the individuals living there or perhaps even society as a whole.

Taken together, all the works that make up the Amos’ World trilogy (in which the individual videos are inserted or juxtaposed to architectural components inspired by the videoimages) become an allegory of human relations at the time of digital communication and networks. The dynamics of individual power are redefined and deconstructed through the pervasive influence exerted by the technological infrastructures that govern them. 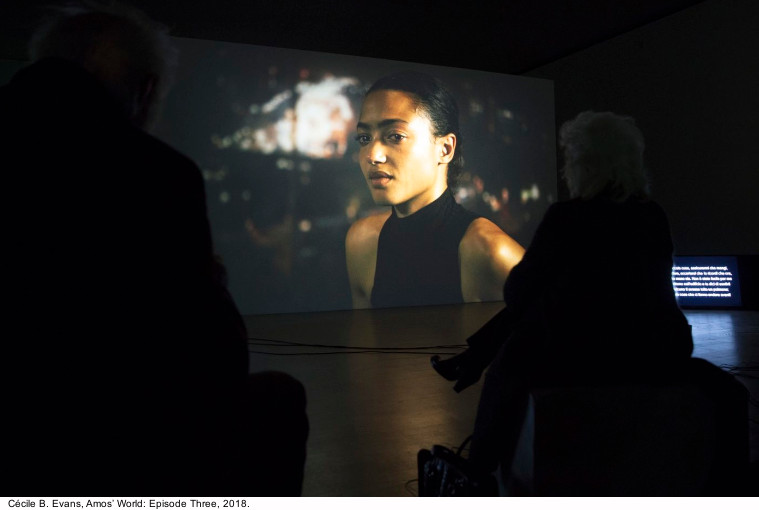 In Amos’ World, we meet the titular character Amos, the architect of this networked building, and the tenants who inhabit it. Amos represents the archetype of the Western white man, a “troubled genius” who exudes an arrogance that contradicts his true tortuous, unrealistic and somewhat pathetic nature: confusing his intellectual ambitions with their real social impact.

In Amos’ World (Episode Three) is told the moment when the architect’s world has truly been broken, though not completely destroyed, which creates the unprecedented conditions for a solution to be found. Evoking this multitude of possibilities yet to be grasped, the installation is presented as an open space, consisting of a video projection and ten seats in the large hall on the ground floor of the museum.

The seats, titled Erratics, are composed of ten sculptural cubes where the visitors can sit, one at a time but together, suggesting the simultaneous presence of both a collective and an individual vision. As part of the artist’s research, the Madre Museum presented in the summer of 2018 a workshop with a group of children (ages 4-12) residing in the Vele complex of Scampia, in Naples. 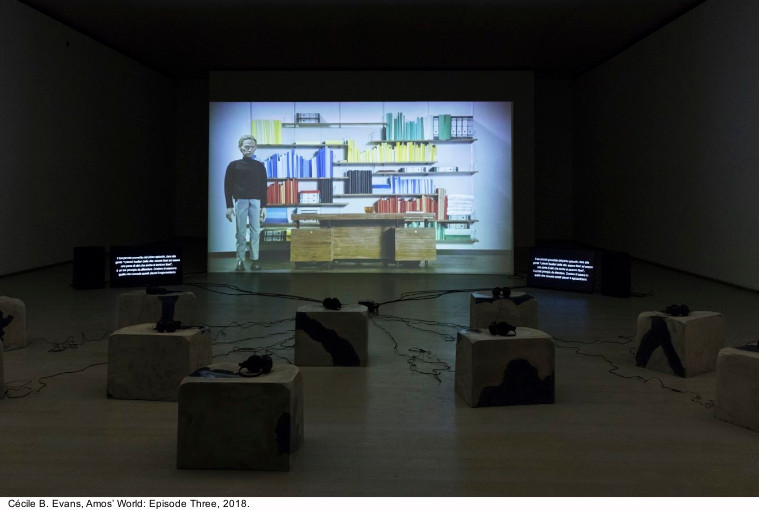 During the workshop – conceived as the methodological premise of this exhibition and produced by the Fondazione Donnaregina per le arti contemporanee within the Madre per il Sociale platform – some reflections on fundamental aspects of the Amos’ World project were shared between the artist and the participating children.

In particular they discussed the possibility of a shared alternative to the simple demolition of the “buildings” where they live, and therefore a potential antidote to dystopian drift points of view, remarks and thoughts rooted in conversations and games, focused on the idea of “home” as a site for personal experience and memory.

The workshop did not focus on the architectures or the actual fate of these housing units, but on the matrix of allegories they provide in the way of coexistence and connection: several of the participants in the workshop were clear in describing a vibrant, physical network of friendships and power dynamics.

The artist, assisted by the museum, was able to film specific scenes at the Vele, which appear in Episode Three as a reflection on the possibility of reconstruction, not in the literal or architectural sense, but rather the social and emotional. 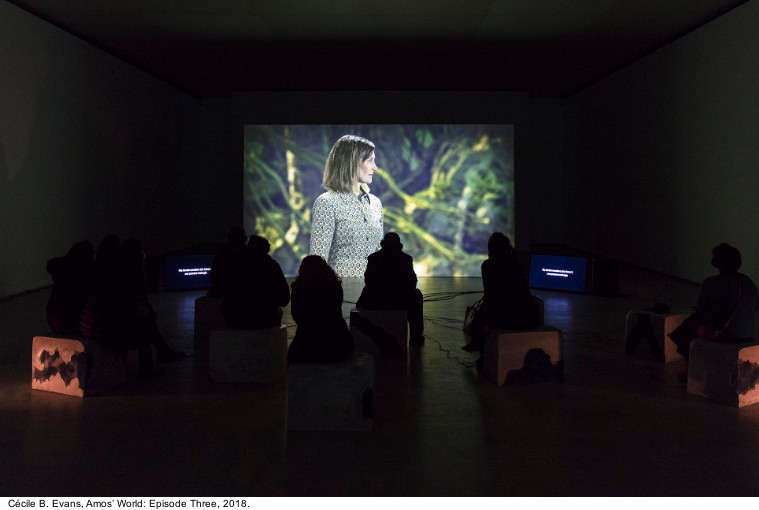 Additional support was provided by Art Night, London; de Young Museum, San Francisco; FRAC Lorraine, Metz; Villa Merkel, Esslingen; along with the generous support of the Madre Museum and Nicoletta Fiorucci, Founder of the Fiorucci Art Trust. A retrospective monographic volume dedicated to the artist will be published by the four institutions in 2019 and presented at the Madre Museum within the educational platform MADREscenza Seasonal School.