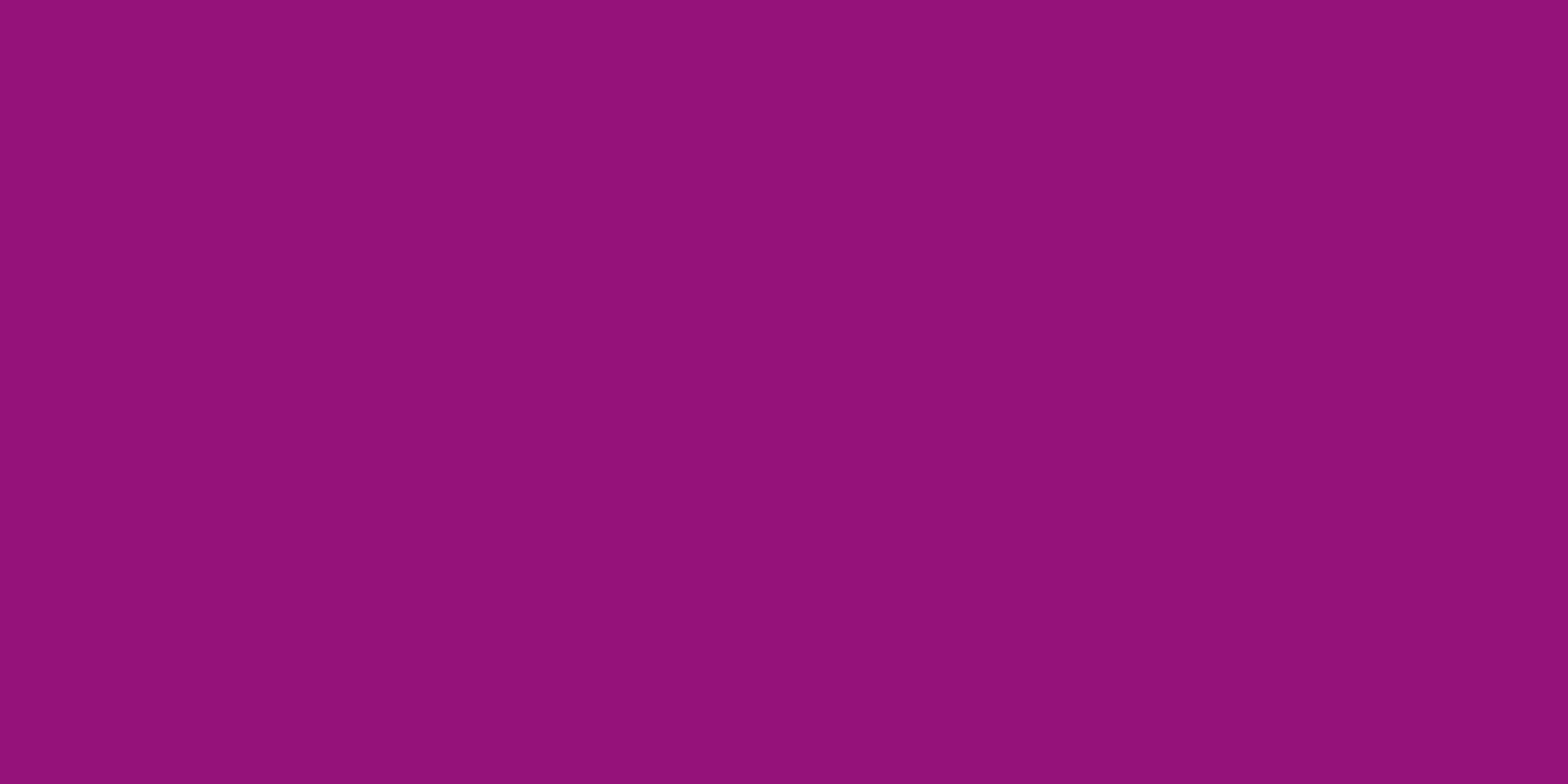 Liam Young is a speculative architect and director who operates in the spaces between design, fiction, and futures. He is cofounder of Tomorrows Thoughts Today, an urban futures think tank exploring the local and global implications of new technologies; and Unknown Fields, a nomadic research studio that travels on expeditions to chronicle these emerging conditions as they occur on the ground. Described by the BBC as “the man designing our futures,” his visionary films and speculative worlds are both extraordinary images of tomorrow and urgent examinations of the environmental questions facing us today.

This interview is the transcription of a talk Liam Young gave at Strelka Institute for Media, Architecture and Design. Liam gave me permission to integrate his Green Screen World into this repository.

I want to talk about the architectural and urban consequences of Augmented and Virtual reality. In the contexts of The New Normal, we are at the point where these two things are going to start to merge, so maybe a better word to describe this impending world is Mixed Reality. I think we are right on the edge where AR and VR are going to collapse together, and soon it will just be a matter of dialling up or down the levels of opacity through which we view the world.  think that right now there is just a bit more of computational problems to be solved with augmented reality.

For example, things like understanding world of machine vision, a special understanding that needs to be cracked – and that’s why VR is the catchphrase and the buzzword at the moment, but as soon as we are going to understand and solve these computational problems, then these two things are going to be one and the same. The headsets will start to dissolve into something that is more natural and casual.

What will happen is that the physical will start to become consistently overlaid with various forms of digital and augmented content. We will just make decisions of how much if that physical world we want to see at any point in time. At the end of a hard day, we might fall back into our chair and just dial down the world as we dial up the latest video game, or football match or television broadcast. And then while we’re rushing for a but we might dial up the physical and we start to see our way on finding systems overlaid on top of the world. This collapsing of the logics of the screen on top of the logics of the physical world will fundamentally change what it means to be an architect and will fundamentally change what it means design for this world and in turn how we might occupy it.

I think we are entering a context where the makeup of the physical world is just going to be one very small part of our experience of that world. And I can see a situation where we will all be tuned to our own architectural or urban channels in the same way we might dial in or out of certain realities. Now I imagine that we might download a Star Wars pack and as we are moving through the city instead of seeing the bus arriving, the Millennium Falcon pulls up and Chewy is the bus driver and takes me to work. […]

This means that the rules of the screen or the rules and logics of computer-generated imagery and visual effects will actually become the rules of space and the logics of the urban realm. We are starting to move into a condition where we will soon occupy geographies of hashtags or architectures of GPS coordinates and pop stars like Hatsune Miku – a digitally created pop star – will start to become totally mixed or intermingled with real, physical pop stars. Such characters will occupy the world and it will become less meaningful whether we are having physical interactions or whether we are interacting with non-playable characters that are no longer occupying a game space but are now occupying the physical landscapes of the city.

These conditions are not letting us enter the end of the render. A term like render is now over because the idea of rendering as this digital simulation of something is no longer going to be valid because the render itself becomes occupiable. So, things like developer renderings or competition entries or even the renderings of CG images of Hollywood blockbusters are not just things of fantasy or speculative futures, but they are now occupiable and lived realities that are just as real for us as the physical constructs of this room around us.

That suggests that the role of the architect that has spent generations and generations exploring what it means to design with bricks or how to trim a detail or a wall junction… or has spent years understanding how to work with the fluidity of a material like concrete… Now they need to start again as we start to understand resolution, refresh rates, GPS coordinates and how they work. And still, satellite sightlines and machine-vision systems and calibration markers. All things that are going to be the real material that architects are now going to start to be designing with. And in this context, what becomes interesting is that the infrastructure that now will structure and define cities is going to have more to do with bandwidth and refresh rates than it once did with physical freeways or water and power networks.

We are going to move into a world where graphic card power and processing speed are primary forms of infrastructure. And of course, it comes with that the resolution will become a new form of class, so that certain areas will be determined by the resolution through which we see them rather than Trump’s gold-plated elevators. The new form of wealth is not going to be the visual and material expression of rare materials or expensive finishers, but it is going to be superslick resolution or super high-level refresh rates and we’ll soon going to go slumming it in a low-res hipster bar. Like so, your understanding of the world will start to be measured by things like 300dpi versus 150dpi, or things like 24 frames per second or 48 frames per second. These are going to be the new forms of wealth or, at least, new forms of mapping affluence across the city. The Louis Vuitton handbag store is going to be much more high-res than the local DMV Vehicle Licensing Center. In the context of this world where the functions have moved into the functions of space and the rules of CG now become real.

The other question we can start to ask is what happens to the physical world when all this complexity, all these details, all this life disappears into the thickness of a screen or a lens of Google Glass or Oculus Rift. For architects, this is also something we need to understand. It is not just the design of these pixel and digital imaginaries, but also, we need to start thinking about what happens when we turn this off and what is the physical space that is left behind and what is the role and the responsibilities of that space.

Perhaps, one way of thinking about it is to explore the analogy of the green screen studio because perhaps that is in a way what architecture starts to become: just a scaffold for a digital world. These green screen studios that occupy places like Los Angeles or Montreal or London… you know, centres of the film industry are just these exceptionally blank rooms covered in green. Their role is not to construct and define a physical space but just to be a scaffold for a digitally constructed world. Their role is to be as neutral as possible so that in any given day this space can be turned into the surface of an alien planet ready for an invasion or the rainy streets in New York ready for that final scene and that final kiss in a ditzy romantic comedy.

In a way, physical architecture becomes reduced to a screen and calibration markers sort of black crosshairs in little QR code type of patterns that you see sprayed across the walls of these green-screen studios will become a new form of ornament. As physical buildings will become covered in these markers which are going to be used to locate the digital world, an architecture will become just a surface ready for the premiere of a million animated movie that will illuminate their surface with colours and detail and personal specificities.

These physical spaces start to be organized now around machine vision graphics and the properties of those machine systems that are all used to precisely locate this digital layer, so that you do not get kinds of misfits and Pokémon creatures floating in the air instead of being located on the floor. I can imagine a very near future where a wall or corner might be straight or meet at a perfect right angle not in some nod or throwback to architectural modernism but to position a digital ghost more accurately. Then again, the skills and the properties of architectural form making and the making of cities start to become engineered around these digital infrastructures the necessities of these digital ghosts and again, it is a totally new set of skills and speaks to totally new roles for us as architects or designers, where we start to operate more like game developers of visual effects artists than we do the makers and shapers of physical objects.

We start to become experts in photons and pixels and resolution and animation much moreso than timber detailing, bricks, and structural systems, because we are all merging and walking into this world where our faces are bright in the rolling glow of a pixel screen’s aurora.