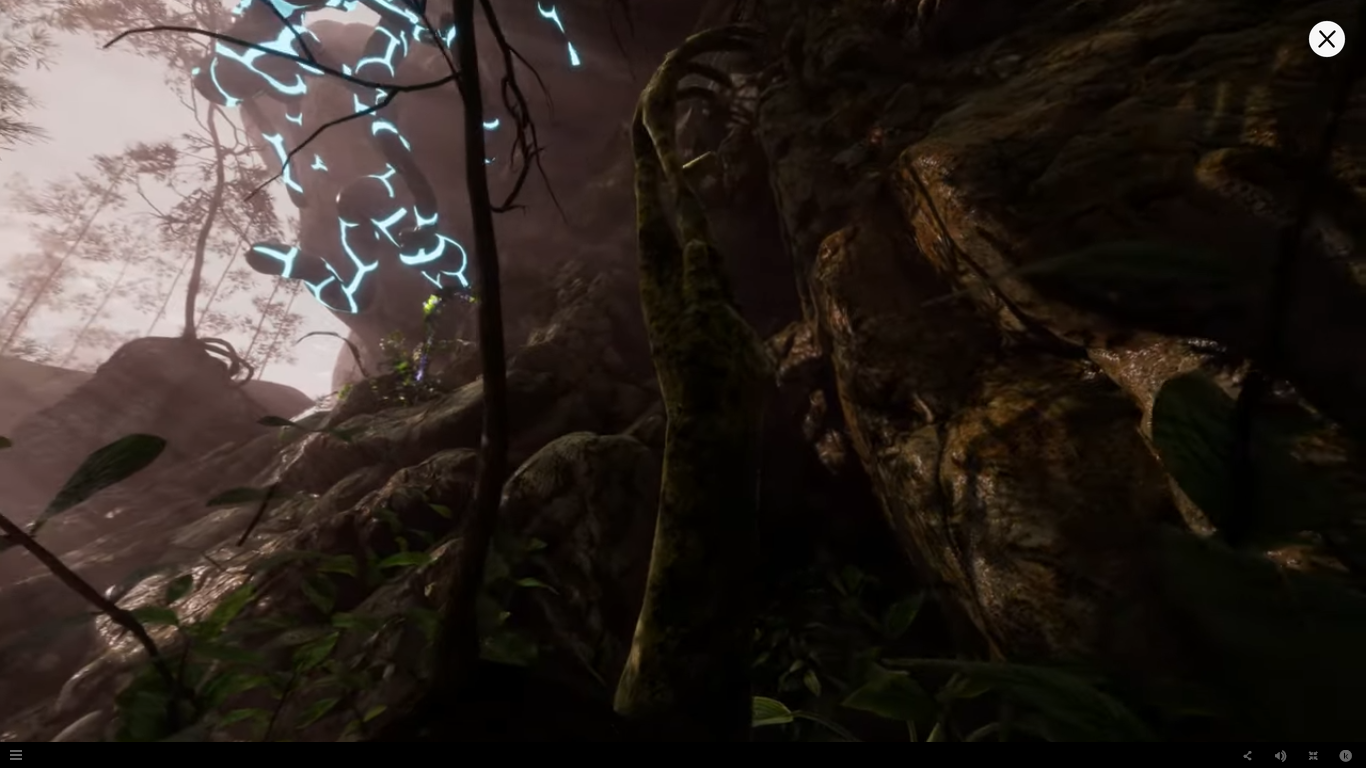 Jakob Kudsk Steensen is a Danish artist based in New York. In 2019, he got shortlisted for the Future Generation Art Prize in Venice with RE-ANIMATED (2018), a VR installation that metaphysically transports the audience into another world.

RE-ANIMATED is an extraordinarily complex world because it invites the audience to experience a sensory insight into another visible space but also to explore the intangible dimension of the artist’s imagination. Jakob approached the challenge to turn VR into a poetic instrument by committing to a number of disciplines like psychology, art, science and technology.

RE_ANIMATED: a virtual bricolage of elements from the real world

In this immersive installation, the spectator enters a space based on the artist’s long personal research aiming at producing a fictitious environment where extinct vegetal and animal species peacefully co-exist – as if human beings did not influence the course of their life on the planet. Everything is set in a majestic, giant, deep, wild forest: the intricateness of multiple species living together is combined with sounds of nature surrounding the viewer, who experiences a sensation of complete immersion in the digital environment. One of the most prominent voices in the soundscape is the birds’ singing. In fact, Steensen’s research stemmed from the artist’s encounter with the sound of the last Kaua’i ‘ō’ō bird which died in 1987, marking the extinction of its entire species. In 2009, the bird’s mating call was uploaded to YouTube after being recorded in 1975 and later digitized in an ornithological laboratory in New York. Since then, the Kaua’i ‘ō’ō’s song – the bird’s vain call for its companion who is no longer around –, has been played and heard from humans more than half a million times online and has been reproduced on Steensen’s laptop as well. Kudsk Steensen’s installation RE-ANIMATED is a response to this mating call: as we understand from the artwork’s description, it is a reanimation of the extinct bird and its song, within a digital reconstructed version of the original habitat of the Kaua’i ‘ō’ō. Even if at first sight the users steps into is a realistic forest, after some seconds, a series of surreal creatures appear: metal geometric figures meet you, a huge reproduction of a skeleton version of the bird flies in front of you, pictures of dead Kaua’i ‘ō’ō bodies moves in circles around the spectator, turning the forest into a multimedia exhibition within Steensen’s installation, revealing the constructed essence of the surroundings.

On a technical level, Steensen created this work by turning into a “digital gardener”. Firstly, he collected a large number of plants and organica material during his excursions, got photographs of extinct species and recordings of sounds that do not exist anymore. As a second step, he scanned his data and reproduced it algorithmically into a virtual habitat. The virtual landscape incorporates computer simulation models, used by climate researchers to predict scenarios for life on Earth, so that the atmosphere in the virtual Kaua’I looks realistic, yet unfamiliar. He did some sort of bricolage of all the documents he found and recreated an original, artificial environment that has probably never existed before in real life. Moreover, the artist was so concerned about giving the spectator an experience that is the closest as possible to reality that the images expand and contract according to the breathing rhythm of the viewer. This means that the journey in this fictitious world changes every time someone walks in and is, in this sense, not perfectly reproducible.

VR and the world’s ecology

The VR experience of RE-ANIMATED, by a reworking of science fiction landscapes, natural sounds, pictures of the extinct bird and human-like trees, invites the viewer on a journey into an imaginary ecosystem of extinct species, revived by the artist. Steensen used technological devices to let the spectator be part of an imaginary world which is the digital version of a possible scenario, born from the ashes of what human life ruined forever. In doing so, the viewer has the opportunity to see how the world could be if only men did not spoil nature for centuries. This is to say that by giving the chance to embody the experience of an explorer in this parallel reality and revealing the irreparable death of the bird through the exhibition of the dead birds, Steensen offers the opportunity to comprehend the drastic consequences of our actions as a society through modern technologies.

What strikes me the most is the intrinsic paradox at the core of Steensen’s artwork: in order to make the spectator engage with nature in a fully embodied manner, he uses gear whose production is based on the dissolute extraction and processing of natural sources in a destructive way. Steensen played with this problematic aspect and composed an alternative idea of “nature”, which is wired, untouchable and impossible to spoil. The artwork is disrupting the binaries between nature and culture by the re-animation of lives that does not exist anymore by means of elements that have contributed to the disappearance of it, that is (the fabrication of) twenty-first century media. In their being part of a virtual world by wearing goggles and walking around in the exhibition space, human visitors are forced to take part in an ecosystem where their existence is not detrimental to that of other species. Like so, human viewers can experience first-hand what it means to be in a total, peaceful, strict kinship with all creatures, also with those that are not alive anymore in the real world. In doing so, technological devices are not anymore just those expensive tools whose installation requires the use of polluting materials but work as poetic tools to re-imagine life in its possible developments.

This artwork states the possibility of relating to other creatures of the planet in a less conflictual way. The high levels of immersivity and embodiment make the audience experience first-hand the possibility of another way of being on planet Earth. The question is whther the spread of this and similar narratives can help in the reconceptualization of ourselves in the world’s ecology in real life.