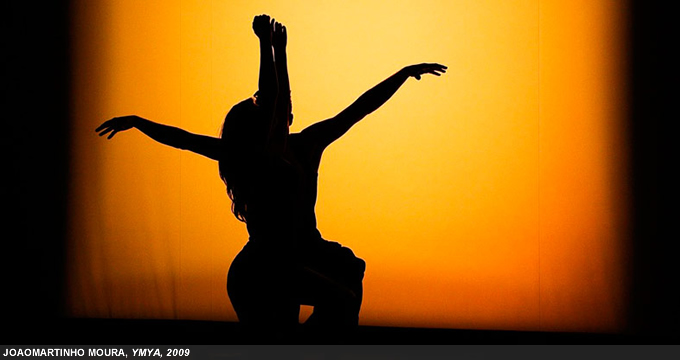 DiDstudio (Digital Interactive Dance) was founded in 2005 in Milan in order to offer to young artists a place of research, education, experimentation and production with dance and new technologies. Equipped with the interactive systems developed by AiEP, DiDstudio is a choreographic atelier for the company and a place of creative residence and study for young artists. Every year, performers, musicians and computer operators, willing to approach the complex and articulated field of interactive technology in live arts, can attend workshops and conferences about digital media, as well as dance classes and laboratories. At the same time, DiDstudio hosts a yearly festival dedicated to the national and international most innovative projects in order to convey the artistic potentialities of new interactive software.

Marco Mancuso was invited from Ariennal Vidach and Claudio Prati – DiDstudio to have a lecture about the artistic applications of researches in audiovisual studies to interaction design technologies and theories applied specifically to dance and theatre, and to the relationships between a body in movement and the space surrounding it.

One of main goals of interaction design is to make machines, systems and services usable by the users for which they were designed and built. One of the main and normally the most visible areas of activity is the design of interfaces, through which is the human-machine interaction.

I-performing media wants to be understood as a paradigm of production that takes into account the concept of interactivity shifted to the interpenetration between the actor / performer and technology. In this sense, I-performing media or is understood as a spectacle of live performances in which the human subject interacts with multimedia technology in audio-visual or audio-visual tool in the hands of a performer becomes expressive and performative object.

According to this paradigm is not taken into account the concept of interactivity in terms of design and installations, objects, and then designed according to pre-established schemes to attract the active participation of the public likely to generate an audiovisual environment preordained I-performing media pushes the search for an abstract and analytical representation of the body in relation to digital media, between choreography,cinematography and set design, dance, music and architecture.

Through critical analysis of different works, artists and festivals that unite the reference body movement, the relationship with space, sound, visuals and lights, this lecture opens the boundaries of contemporary dance-drama, which reaches its highest expression in the moment in which the school and the tradition of composing, directing and storytelling is combined and working in partnership with the potential of modern digital technologies and software applications, hardware and code in interaction and contemporary audiovisual production.