From art to design and back: Symposium, Direct Digital 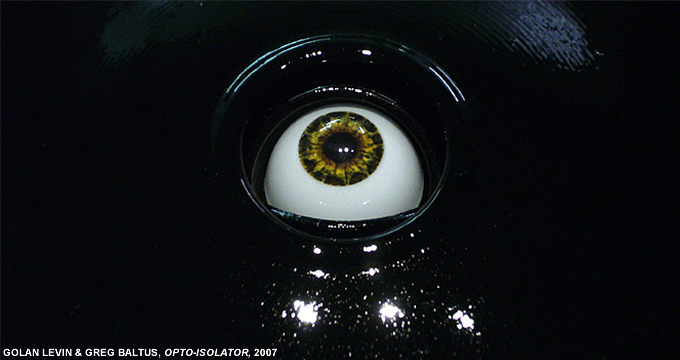 Direct Digital proposed a thick calendar of five sections, Exhibition, Live Media, Workshop, Cinema, Contest in order to show a detailed perspective of the most recent developments of art and creativity linked to the use of digital technologies. The event, at its first edition, aimed at becoming a benchmark for those who are interested in knowing, proposing and creating moments of meetings between contemporary art and digital innovation.

Curated and moderated by: Marco Mancuso

Direct Digital was a new media art event presented by the cultural association Artegenti, which will take place from 30th May 2009 to 28th June 2009 in Modena and Carpi (Italy), in the Ex-Ospedale Sant’Agostino and in Palazzo Pio.

As in the program of Direct Digital event on May 28th 2009 in Modena (Italy), the symposium organized and directed by Marco Mancuso focuses on the growing merge between productions, language and aesthetics of digital art and design, as a method of creative design between interactivity, space and eco-system audiovisual production.

Thanks to national and international guests, this symposium will try to focus on meeting points between art&design and contemporary man’s creative, and specifically perceptive, social & urban sphere.

Lecture: From art to design and back

The boundaries between art, design and technological hacking, considered as a discipline characterized by use and misuse of modern technologies to produce sensitive landscapes, are more and more subtle and feeble.

Sustained by artists and designers general inclination to cope with various practices (from immersive installations to interactive interfaces, from live performances to audiovisual products) using different hardware and software methods, the comparison between creative disciplines with different backgrounds and history has never been so rich and fertile.

Digital and technological media, directed (during the last 20 years) towards the production of artefacts that can destroy the Cartesian rules of sound-image-space relationship, and can push towards the creation of multimedia landscapes in which technology isn’t merely an exercise of style and technique, but is finally useful for new language, aesthetics, experience, emotion and message. When values and our western world’s economy are in a deep crisis, in front of a general worldwide techno fascination, inside a universe rich of interactive, locative and mobile technologies, the interpretation of reality by digital artists and designers is still linked to contents, a wide aesthetics, eco-simulation and spectacular interfaces.

These elements influence our mind and our perceptive evolution, many aspects of the society in which we live and our interpretation of the reality. Will contemporary art and design be able to give scanning and reading tools to daily reality? Or, otherwise, will they push further to the creation of immersive landscapes in which we will find shelter waiting for a new coming?