Wave section of Piemonte Share Festival 2005 registered the collaboration of Digicult in the ambit of the audiovisual section of the festival that will be held in the Atrium Space headquarter, in Solferino Square in Turin.

Wave in Atrium is thought to question the unexplored and explored bounds of the audiovisual experimentation, through the invitation of some italian leading artists like: Pirandelo (Andrea Gabriele, Claudio Sinatti, Marita Cosma) and Otolab.

AudioVideo is mostly intended as an audiovisual product provided of planning skill and of an aesthetic born by the deep and emotional integration of two expressive codes: sound contamination and visual experimentation. Therefore, audio-video is nowadays a testing ground that moves through some principal artistic components: 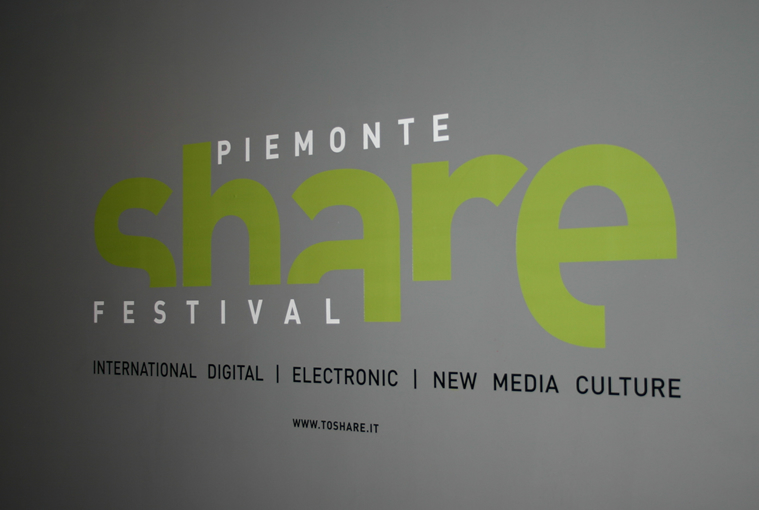 It’s the component that mostly research and experiment, both in the aesthetic and synaesthetic part. The Live Media Performance term refers to those audiovisual live concerts that unite electronic sounds and images in an integrated project, not as images that comment sounds, but rather as equal synergic elements of a unique event.

A Live Media Performance is a complex multimedia liveset, directed by a group of 2/5 people, that represent the union point between realities related to entertainment, art, architecture, cinema and design worlds. Live Media Performance practice differs from the Vjing one, where sound and images flow together, also because of its research path inside electronic and electro-acoustic music, as well as in the ambit of video art.

Component of performance that usually born by the integration of a work group on images and a work group on music. The practice of Vjing, developed in discos or “clubs” in the middle 90’s in the north Europe, was born as visual comment for music tracks autonomously managed by the DJs. This means that the skill of the VJ is represented by its speed in managing the visual contents; don’t forget though that the integration with music is often random. The musical genre goes from dance to researched electro.

In this case the research of images to be integrated with music is lighter, as the visual component is often only an accompaniment and synaesthetic involvement, putting images on the back burner. DVJing is an experimental territory that could lead to a deep integration between audio and video, where an only artist or group of artists proposes a performance in electro-dance key where there’s a perfect synchrony between the audio and video component. 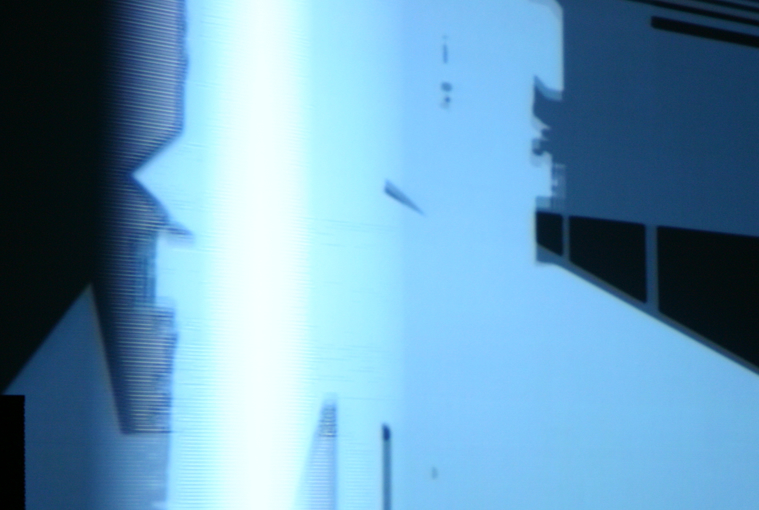 It is a component that doesn’t perform necessary live. It explores the integration between art, communication and technology. The audio-video installations exist even without their creator presence and invite the reflection about the show made with the relation between music-images and man-machine, mostly in all the interactive exhibitions. In those kind of contexts the visual components is routed in an emotional message for images as well as the sound component is addressed to the involvement through sounds.

VideoSoundToys are part of this family, as they require the interaction of the user and are characterized by a deep synaesthetic audio and video research. Therefore Live Media Performance requires an immediate integration between sound and image in its planning approach, as the DJ/musician work and the videomaker one start from a shared project and method. This implicates a work group around a theme, structure, draft or script. Complex and rich audio-visual stimulations often impose a time limit for the performance, if the public is considered. A Live Media Performance is an immersive, three-dimensional experience where the public is surrounded by sounds and images strictly related to each other and requires a interpretative and attentive effort.

Otolab was founded in 2001 in Milan by an affinity group of musicians, djs, vjs, videoartists, videomakers, web designers, graphic designers and architects joined to go through a common path in the field of the electronic music and audiovisual research. The projects are developed through lab sessions, seminars and live performance according to the principles of brainstorming and mutual support, free circulation of knowledge and experimentation. The production includes collective and individual projects managed with languages ranging from experimental electronics to techno, dub and industrial sonorities, always looking for a symbiotic relationship with image and video. Otolab is a cultural association committed to create live media and installations and to carry out audio and audiovisual projects, seminars and workshops. In these years, Otolab members have been welcomed to festivals, cultural events, museums, national and international galleries and have contributed to the realization of self-managed cultural initiatives.. 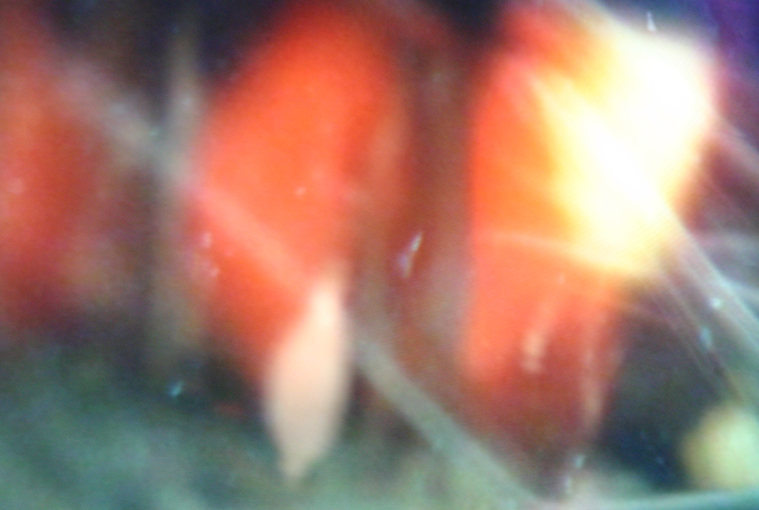 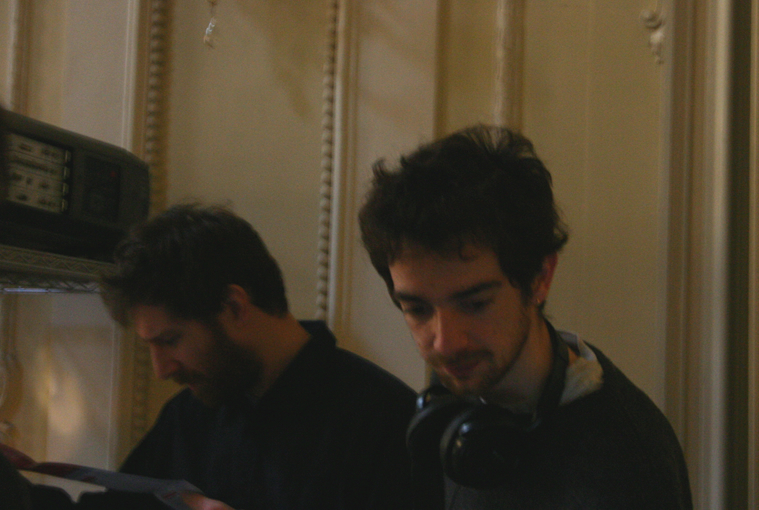 ‘Pirandèlo’ is the meeting between Andrea Gabriele, Marita Cosma and Claudio Sinatti, respectively occupied in music, images and video of this new collaboration. “Pirandelo” is a box of music, photography, video and writing; the middle of a trip that starts from an organic and real abstraction to a cinematic and synaesthetic narration. Their live is composed by an audio-video performance that covers genres from electro, ambient, pop and jazz; while images and video are characterized by the “humidity” of the film: soft, opaque, bright, thick and rarefied atmospheres. Cinematic synaesthesia. Andrea Gabriele is musician and programmer and in 2002 publish his first album called “Music and Shell Geometria” with French Leaf under the name of “Mou, lips!”. Claudio Sinatti is video-artist and video-maker and, once began with video clips, is now focalized on mixmedial performances, installations and experimental movies, working with artists such as Ulrich Troyer,Tu M’, Christian Fennesz. Marita Cosma is photographer and writer, studied photography, cinema, screenplay and acting in California, she had some exhibition in Padova (galleria della Stua), Pescara (Ecoteca), Tour (le cafè), Amiens (La briquetterie).