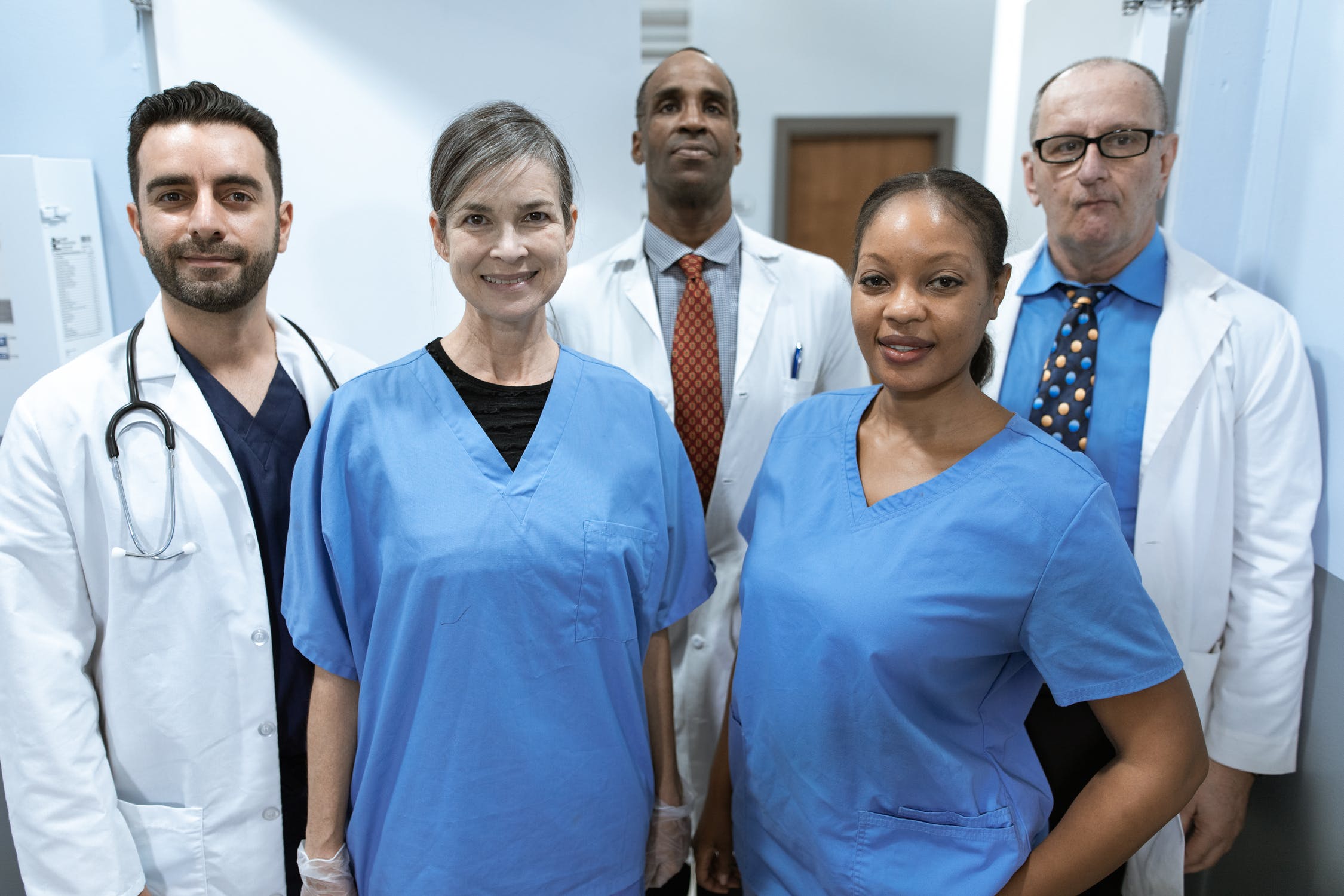 When we’re asked at school what we want to be when we grow up, there are lots of popular answers. Many of us would have said we wanted to fill some of the most inspirational job that you can think of. For example, anybody who works in the emergency services like police officers, fire fighters and doctors are always high up on that list. The only problem is that as we grow older, we start to think of more and more excuses why we can’t work in those roles. Thinks like the time it takes to train as one, the impact that the job will have on our lives and simply believing we’re not smart enough to complete the training to work in one of those careers are all popular ways in which adults talk themselves out of these roles.

The big problem with this is that if everybody thought of the same reasons not to go into a career, we wouldn’t have enough of these vital staff in our country to help out – to catch the criminals, to put out the fires and to save our lives. With that in mind, here’s a look at the reasons why nursing is a great career move and why you should consider choosing it as your own career path. Read on to find out more.

Although this article is about the reasons why training to be a nurse is a good idea, it’s easy to see why many people think it would be a career path that is simply unachievable. When you look at a doctor, you probably think that they got straight A grades ever since they started school. You might also presume they come from a family of doctors who have been part of the profession for generations. As training to be a doctor can be very expensive, you might think that you’d need a lot of money to even apply to become one.

While the stress and the pressure may put a lot of people off the idea of becoming a nurse, for many people it’s had the opposite effect. The general public are so appreciative of people working in this industry thanks to the incredible effort they put into every single minute they’re at work. This admiration is one of the reasons that more and more people want to train up to work with those same people. It’s also why governments and institutions are so eager to try and make it easier for anybody to become medically trained.

Many people may think that training to be a doctor or a nurse would involve a massive change in lifestyle. You might think that you’d have to move closer to a university or training campus where you can learn the skills needed. You might also think that you’d have to give up your existing career and many aspects of your personal life to be able to free up enough time to fit in all of this training. While this may have traditionally been the case, you can now train to become a medical professional from the comfort of your own home. There are a number of universities, including the Marymount University, that offer online programs that allow you to train for a number of different jobs. These programs include everything from an Accelerated Bachelor of Science in Nursing to a Doctor of Education degree. No matter where in the industry you want to work, there’ll be an online course that can help you take the first steps to entering that career.

As well as having less of an emotional impact on your life and your relationships with people, studying at home can also make the whole process a lot less expensive for you. As you don’t have to rent additional accommodation to be closer to your campus, and pay for extra things like utilities and insurance, you can end up with a lot less student debt to pay off once you do graduate.

Every day is different

One of the biggest complaints of someone working in an office job or working in a retail environment is how dull every day is. If you’re tasked with completing the same tasks several times a day, every working day of the week, it’s easy to see why you might find your job boring. It’s also easy to see why you might struggle to motivate yourself to get out of bed when that early morning alarm signals it’s time to get dressed and go to work. If you’re working in a job that involves very little human interaction, like working on a factory line or even programming computers and software, this boredom can feel even worse if you don’t have someone else to talk to during the day. If your job requires no creativity at all, it would be easy to see why you might be thinking of switching careers.

If you become a nurse, it’s fair to say that every day will be different. Other than the planned appointments that you may have if you work in a surgery or a clinic, you have absolutely no idea who is going to walk through those doors at any moment. Even the planned appointments who think they might be suffering from one condition might have a completely different diagnosis when you see them. That means every day will be completely different from the last. Although you’ll be trained to deal with all of these many, many problems, the variety of them coming through the door at different rates will hopefully make each and every day feel unique compared to the last.

One of the big reasons why people enjoy being a nurse is the challenges they face every day as soon as they put their uniforms on. You might think that because medical treatments are seen as a science, that there would be a right or wrong answer to every question posed. Unfortunately, as every single person is different, every case of a certain disease or particular health concern is different and the way a patient will react to treatment is different – there is often no one answer that fits every case. Nurses constantly have to weigh up the pros and cons of each treatment to decide the best way to look after a patient. They also have to constantly monitor their patients for any changes in their condition. As the science behind medical conditions is constantly advancing, they also need to constantly research and learn about all of the latest treatments and findings to make sure they’re making decisions using the most up to date information available.

Often the biggest challenges a nurse can face in a day isn’t remembering the science and making the best decisions regarding treatments. It can often be the social interaction with the patients that can be the most taxing. Being in hospital or going to the doctors can be one of the most stressful and emotional experiences in somebody’s life. Of course, they’ll have the worry that they have something wrong with them and the uncertainty of knowing when they’ll feel back to full health again. They will also have concerns about whether they will have to experience more painful procedures before they can feel better or whether they’ll even feel better at all. Some patients will also be feeling upset about the disruption this illness is causing to their lives. If they’re forced to stay in hospital for a considerable amount of time, they may also be upset about not being able to see their family other than during visitor hours. This means that they can feel all manner of emotions, from stress and anxiety to just simple sadness and confusion. It’s also a nurse’s job to try and improve the mental health of these patients while they’re in your care, and deal with any aggression or other personality attributes that might be caused by these emotions.

Another of the big reasons why people want to become a nurse is the job satisfaction. There are very few other jobs where you can go home at the end of the day and feel like you’ve made more of an impact on somebody’s life than a medical professional. While you might feel exhausted when you get home, knowing that you’ve been able to improve somebody’s health and even save their lives is an incredible feeling and a very compelling reason to go back into work again tomorrow.

If you’re a busy nurse, you probably don’t have time to sit back and realise the real effect that your work has on people’s lives. If you managed to save someone from a deadly condition, you’re not only giving them more time to live but you’re also giving their friends and family members more time to enjoy their company. If you’re able to make someone feel fitter or reduce any pain they have when they move, you’ll be opening a whole world of opportunities back up for them that were shut off by this condition. For example, some people requiring a replacement hip might have not even been able to get up the stairs or get in the bath by themselves before they had treatment. What might seem like a simple, every-day procedure during your normal working day to you could literally change somebody else’s life.

In many industries, one of the constant fears that people have is whether they’ll have a long-term job in this industry. If you work for a business or even run your own business, you might constantly feel like you’re keeping an eye on the profitability of that business to check whether it will continue to function and ultimately continue to pay your wages in the long run. There are some industries where the demand for the product has become so low that some job positions are becoming completely obsolete. For example, just a few decades ago you would have thought a position in a video or a DVD rental place would have a steady job. Unfortunately, the introduction of video-streaming websites has made pretty much all of these positions now non-existent.

One industry where you don’t need to worry about job security in the same way, is in the medical industry. The sad fact is people are constantly going to be getting ill or injuring themselves. That means there will always be demand for nurses and doctors. There’s also never going to be an instance where a hospital suddenly shuts down because they don’t have enough money to function. No government around the world would let that happen.

As well as job security, the salary of a nurse is also a great incentive to join this career. In Italy, nurses receive some of the highest wages for their role compared to what other nurses are paid in other countries. If the shortage of nurses continues around the world as it is in Italy, it’s highly likely that these wages will continue to only increase further in the future.

The closest you’ll ever feel to being a superhero

When you were a really young child, you might have simply dreamt of being a superhero when you grew up. You might have watched the adventures of Batman, Superman or Wonder Woman and decided you wanted to save the world in a similar cool way to them. Unfortunately, being a superhero simply isn’t a viable career, simply because many of their superpowers are impossible to recreate.

Luckily being a nurse is the closest you’ll get to being a superhero. If a young child asks you what you do and you reply that you’re a nurse, you’ll highly likely to get a similar reaction to what they’d give their favourite superhero if they could meet them in the flesh. Most adults would probably give you such a happy reaction as well.