“Transient”, an audiovisual concert as part of Romaeuropa Festival

Transient-Impermanent Paintings is a concert for two performers and custom software, all conducting a live improvisation for two motorised piano and video projection. Hyper-realistic digital brushstrokes articulate endlessly on a large-scale projection as if on a real canvas. Each brushstroke is sonified with a piano note, creating polyphonic synesthetic landscapes.

Transient merges Quayola’s main areas of research: the exploration of pictorial traditions via computational methods, the employment of robotics to re-interpret human crafts, and the experimentation on the synergies between sound and image. A new custom software was created ad hoc for this project, allowing unique ways to control images and sound in real time. During the performance, parameters in the software are modulated to achieve ever-evolving complexities, shaping the very essence of the concert: impermanence. The title Transient stands in fact for both the software’s technological features and the ever-developing quality of images and sound, unfolding different shades of meaning: the computational process, and the kaleidoscopic trades of human creativity.

The performance results shifting and transitory, recalling the modern painters who pursued, by means of pure colors, the sudden changes of reality. The project expands in fact Quayola’s research on landscape tradition and abstraction. While in previous works natural elements served as a pretext to explore the machine’s process in reading the physical world, now the formal subjects gradually withdraw, giving way to the computational substance: the algorithm. As veritable pictorial material, the algorithm becomes the real, tangible subject. Its aesthetic value now prevails over the functional one. 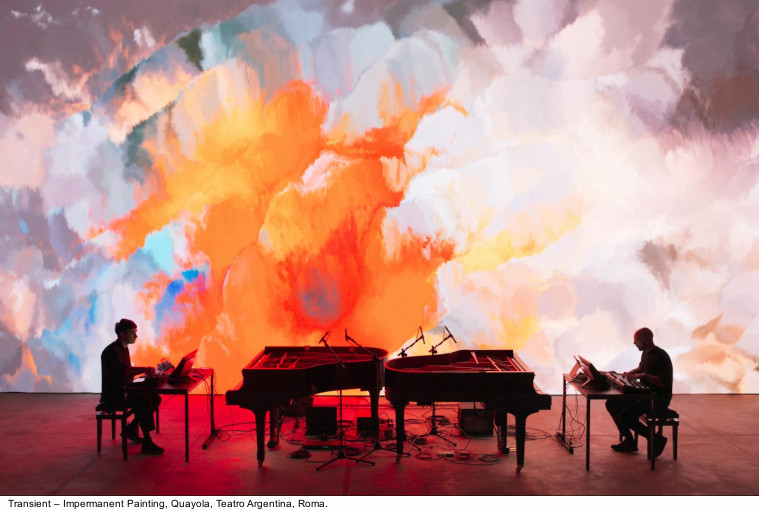 In modern art, abstraction culminated in improvisation and gestural technique. Transient manifests its connection with history precisely in the gestural act: the painter engaging directly with the palette finds its contemporary version in Quayola’s manipulation of the digital material. The act of depicting the invisible ultimately echoes Kandinsky’s practice in painting the potential of music to produce impetuous forms in the listener’s mind.

Transient starts a new direction in Quayola Studio, where experimentation extends to sound through unconventional generative systems. The same algorithms driving the brushstrokes also generate the music: this is the outcome of a deep research aimed at bringing the methodologies used for visual works into the production of sound works. Sound and image are seamlessly interconnected-performed by the artist and his machines. The human-machine relationship thus evolves into an intimate and experimental collaboration, where the numerical output materializes in the sound of classical pianos. The emblem of musical tradition, the pianos synthesize technological and human features: by reproducing hand movements, they act as a link with the human realm, while at the same time performing non-human virtuosity.

This project features Quayola’s studio collaborator Andrea Santicchia: as a musician and sound designer, he brings forward hybrid studies on experimental music production. In Transient, he has fused his experience into Quayola’s research, contributing significantly to the development of new lines of enquiry. No longer employed as mere functional design, sound is now pivotal, the soundscape representing the decodification of the process itself. 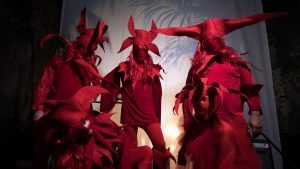 Transient sublimates Quayola’s process-oriented practice: the performance is not meant to produce finished paintings and music, but rather stage the impermanence behind their algorithmic potential. Developing from classical figuration, transitioning to modern abstraction, now it finds fulfillment in the exploration of the pure color on canvas. Transient is a work that paradoxically finds its completeness in being in evolution. It projects into the future, while relying on classical heritage, suggesting a new level of creative exploration: the one generated by man-machine collaboration.