The exhibition “COLONY SOUND” is a sensory total experience

ARoS Aarhus Art Museum presents the American artist duo Freeman & Lowe with a comprehensive exhibition in terms of both set design and content. COLONY SOUND is a unique and sensory total experience, staging the transition to a post-apocalyptic and dystopian future.

From 10 October, visitors to ARoS Aarhus Art Museum can walk through fifteen all-enveloping spaces with changing scenographic installations. As a whole, these spaces make up the exhibition COLONY SOUND by the New York-based artist duo Jonah Freeman & Justin Lowe.

COLONY SOUND is an appealing and relevant art experience, sure to capture the attention of children and adults alike. The exhibition grapples with some of the potential disasters and dystopias of our times and it therefore engages directly with the present zeitgeist, says Erlend G. Høyersten, museum director, ARoS Aarhus Art Museum. 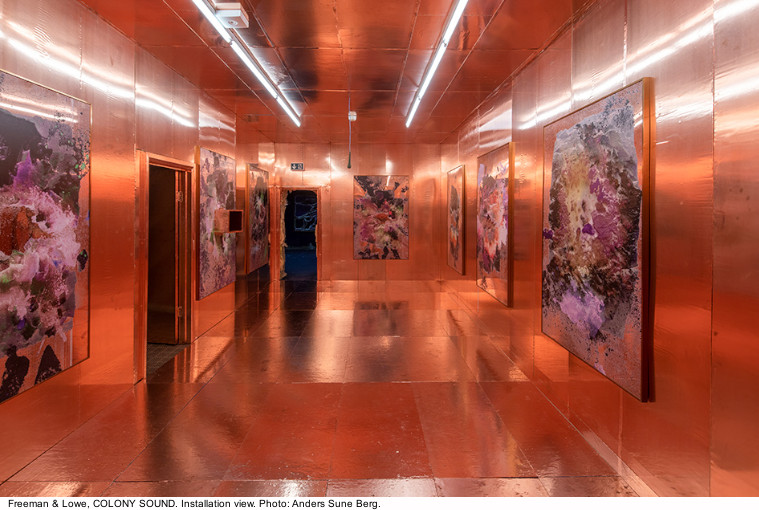 With its thousands of elements, COLONY SOUND forms a gigantic labyrinthine total installation where visitors are free to explore and work out for themselves what is fact and what is fiction.

Freema­n & Lowe operate with this integral whole where they physically include everything from floor to ceiling in their installations. Visitors will experience a unique sense of finding themselves in a place that could be described as a mixture between an architectural ruin and a simulated theatrical world, says Lise Pennington, chief curator and responsible for the exhibition, ARoS Aarhus Art Museum. 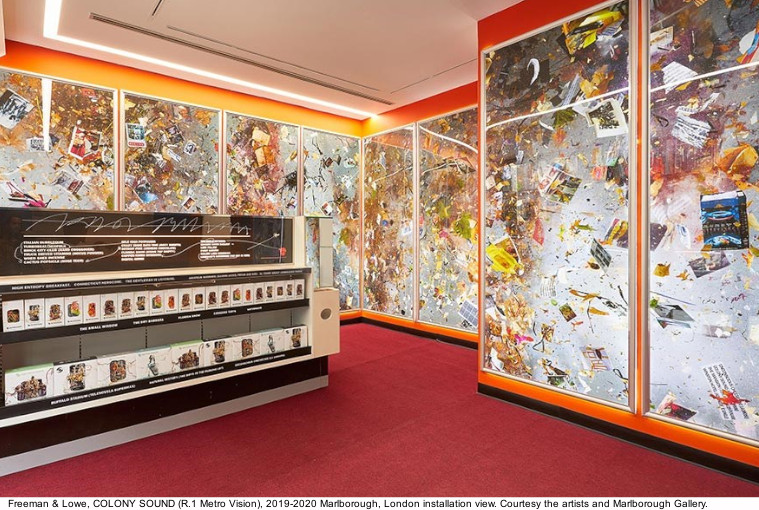 COLONY SOUND is the artist duo’s latest addition to their fictitious narrative about the city San San. Freeman & Lowe take their inspiration from the book The Year 2000 where, in 1967, the writers Herman Kahn and Anthony J. Wiener gazed into the crystal ball and offered their vision of the world in year 2000. In the book, the authors imagine that the cities along the west coast of America from San Diego to San Francisco would merge to form a mega-city complex called San San.

Freeman & Lowe’s artistic practice consists of architectural scenarios and carefully selected artefacts, prints, and films. Since 2008, their study of architecture as sculpture and total installation has taken the form of paraphrases of dystopian visions, psychotic seizures, and drug-related subcultures. Their common practice has led to solo exhibitions at Art Basel and the Museum of Contemporary Art in Los Angeles, California, and participation in numerous group exhibition around the world.