Mark Garry’s multidimensional approach: the exhibition “Songs and the Soil”

This exhibition across all three of the MAC’s galleries will represent the most significant presentation of Mark Garry’s work to date, developed specifically for the MAC over the last two and a half years.

The exhibition is comprised of a series of installations and individual works under the combined title Songs and the Soil. These works explore interrelated research areas and material interests that are reflective of Mark Garry’s multidimensional approach to a subject and exhibition-making. Songs and the Soil engages with the related subjects of landscape and music/sound, looking at each element from historical, social and cultural perspectives and points where these elements combine or intersect. 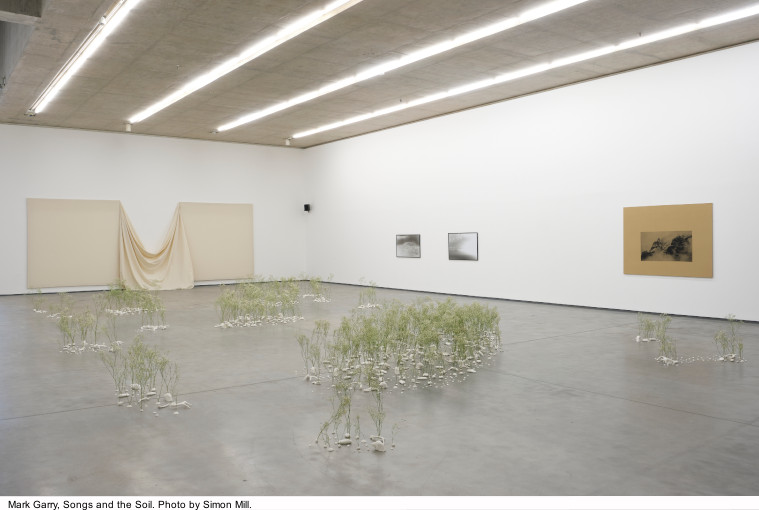 Mark Garry is driven by a fundamental interest in observing how we navigate the world and the subjectivity inherent in these navigations. His work is characterised by delicate site-specific installations which are meticulously constructed, combining physical, visual, sensory and empathetic relationships that intersect the gallery and form connections between a specific space and each other.

The Upper Gallery contains an expansive and immersive installation made up of a series of inter-reliant sonic, sculptural and pictorial elements. The gallery will be transformed into an indoor meadow where hundreds of dried flowers (Gypsophila) are held within small porcelain vessels accompanied by an ambitious eight-hour musical composition made up of birdsong, using field recordings from a variety of locations close to where the artist lives. 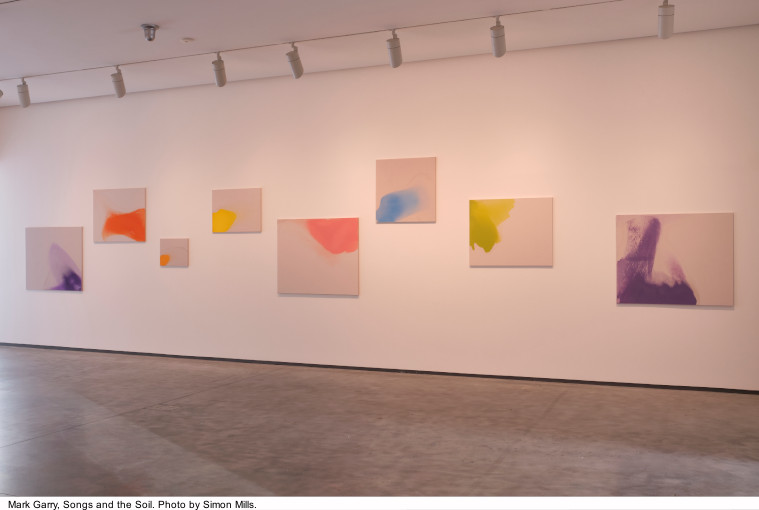 The exhibition also includes a new thread drawing specifically responding to the architecture of the MAC’s Tall Gallery.  It is these fragile, painstakingly made installations built up from tightly spaced bands of coloured thread which the artist is most closely identified. This is particularly true at the MAC, where Garry’s work The Permanent Present–jointly commissioned by The Thomas Devlin Fund and the MAC to highlight the futility of violence as well as the hopes and aspirations of our young people–has captivated visitors since the MAC opened in 2012. 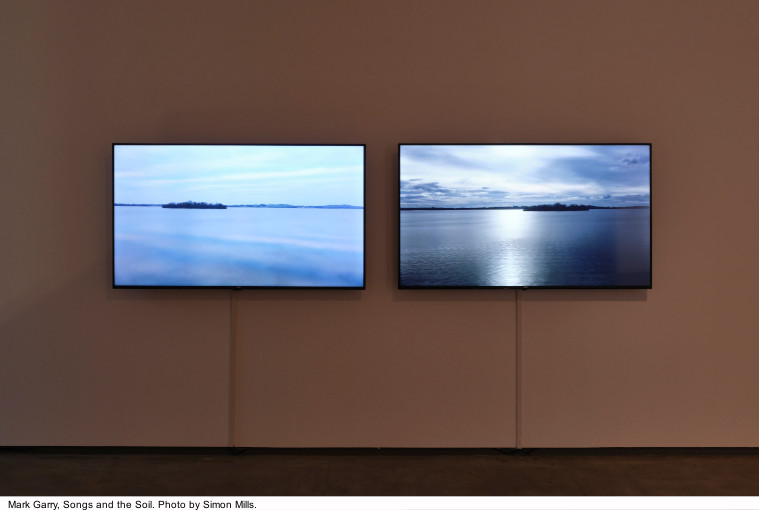 While located in research, Mark Garry’s intention is that one’s encounter with the works prioritises the poetic over the didactic, where research elements are subtly embedded and where the works combine to enable an encounter that merges modesty and complexity.