On the occasion of the 23rd edition of miart and the Milanese Art Week, Museo del Novecento and Fondazione Furla present Concerto Spaziale, a performance conceived by Christian Marclay, as the last event in Furla Series #01 – Time after Time, Space after Space in the Sala Fontana.

Artist, musician, and composer Christian Marclay began interweaving performance, sound, and visual art in the late 1970s, when he used vinyl records to create the kind of surreal assemblages and visual puns that immediately became a recurring feature of his work.

Marclay became a virtuoso of collage, a technique he still employs at various levels in sculptures, installations, and videos, as well as in music, film, and performance. Over the years, through composition and experimentation, he has created a “theater of found sound” influenced by Duchamp, with a unique, innovative approach that has inspired an entire generation of musicians and artists. 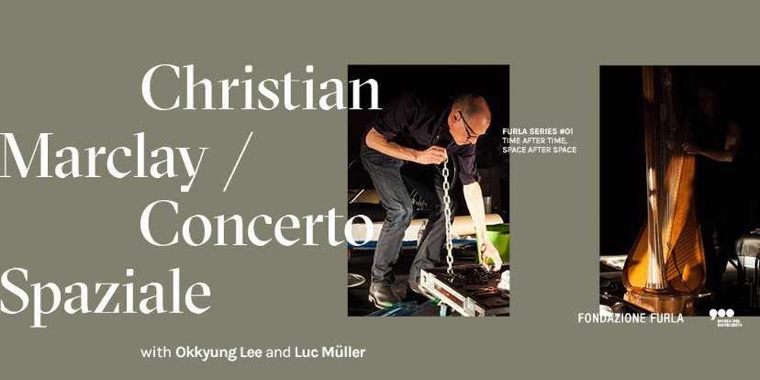 Since 2011, Marclay has put aside his vinyl records and turntables to focus on acoustic sounds as a reaction to our environment, where every sound is mediated and amplified.  Using everyday objects, the artist coaxes noise out of non-musical “instruments” not ordinarily associated with sound-making, focusing our attention on the real scale of sound such things produce.

In the Sala Fontana, Marclay will present Concerto Spaziale, an improvisation-based musical performance in which the sounds of instruments blend with noises made by using, striking, and rubbing everyday objects he has come across during his stay in Milan. Performing along with him are South Korean cellist Okkyung Lee and Swiss percussionist Luc Müller, creating a free-form composition that mingles music with acoustic and visual stimuli, while the space itself is activated by the performers.

Unlike Music Concrete, where sounds are recorded and distorted in playback—by slowing or speeding up the recording, or highly amplifying it—Marclay believes in the natural acoustic potential of any object and will not amplify them. A musician without instruments, he skillfully composes a concerto in which every noise is music. 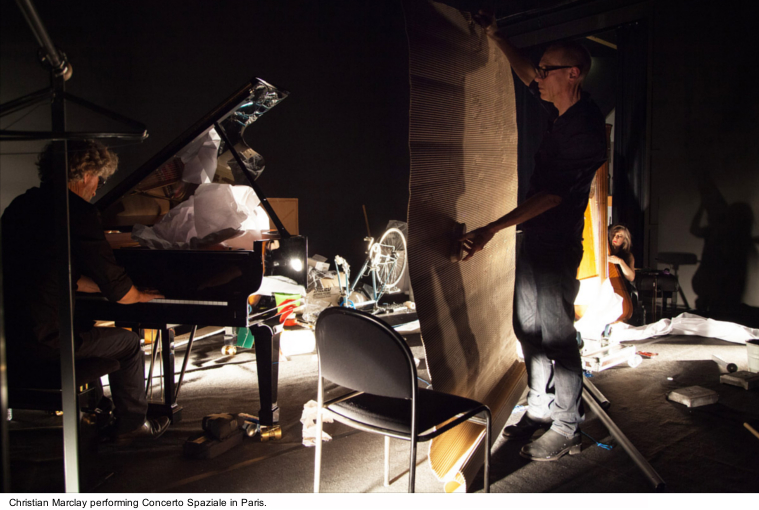 Christian Marclay. Concerto Spaziale is the fifth and last event in Furla Series #01 – Time after Time, Space after Space, a performance-centered program that since September 2017 has featured works by Alexandra Bachzetsis, Simone Forti, Adelita Husni-Bey and Paulina Olowska.