“The Habitat of Time”: our perception of life, societies and physical world

The project focuses on the way that time as a medium shape our perception of life, the structure of societies, and the vastness of the physical world. The artworks featured in the exhibition propose a rescaling of human time and expose its deep interrelations with the diversity of the more-than-human realm, moving through the geological, technological, biological and cosmic.

Every era experiences and understands time differently. In the 21st century, the instability of globalisation, the speed of digital technologies, and the transformation of knowledge are generating rapid shifts in time. These shifts unfold at individual, collective and planetary scales. In a climate of acceleration, compressed and volatile time, the artists show up temporal relations in new ways, through their work with the forms and rhythms of: analogue and digital media; seeds, insects and matter; graphite, ochre and charcoal; satellites, strata and atmospheres. 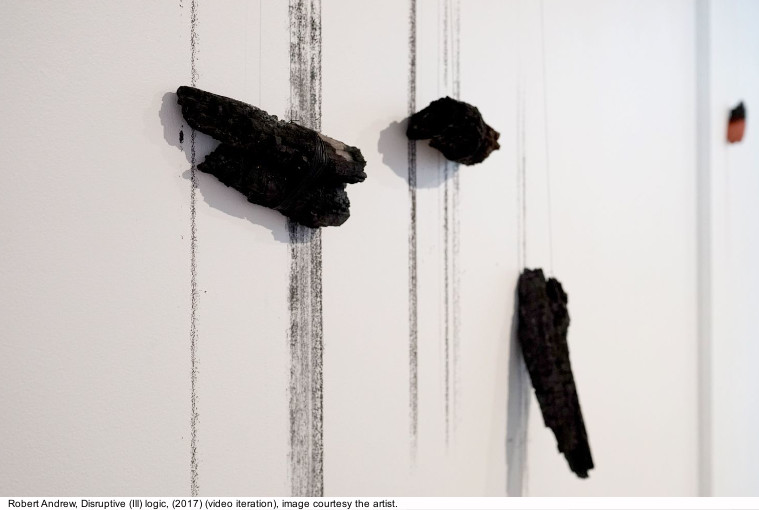 Thomson & Craighead’s work Horizon (2009-20) acts as a visual and conceptual index of the modern, global regime of clock time. In the premiere of a newly-formatted 4K iteration of the work, the Londonbased artist duo collate imagery captured from webcams positioned in each of the world’s 24 time zones, which are accessed remotely via the Internet. The work explores the potential of the Internet to convey the experience of duration and exposes the slippage between the conditions of network, planetary and local time.

The exhibition features works by five Australian artists all of which are shown in the UK for the first time. Robert Andrew is a descendant of the Yawuru people; his mother’s country encompasses Rubibi (Broome) and its surrounds in the Kimberley Region of Western Australia. In a video work produced for the exhibition, Andrew reconfigures traces of an intricate drawing machine that he installed at Metro Arts, Brisbane for the exhibition Disruptive (Ill) logic (2017). The machine was driven by a Cartesian coordinate system that accepted texts from the Yawuru language as a stimulus to manoeuvre organic objects – including charred wood, shell, rock and ochre – across the gallery’s surfaces. The video iteration of the work re-invokes the erasure of indigenous culture and exposes the power of symbolic materials and technology to shape relationships with time.

Ark (2020) is a new single-channel video by James Geurts, which focuses on the Flinders Ranges in Australia, formed some 650 million years ago, and the location of the world’s oldest fossil evidence of multicellular life. Geurts exposed 35mm film footage, captured at sites around the Ranges, to the climate, light and dust in the area. The film was then threaded through a Steenbeck editing machine manually, and the duration of the feed varied, while the imagery was re-captured in digital format. The experimental process draws out the matter of time held within and between celluloid, biological and geological bodies. 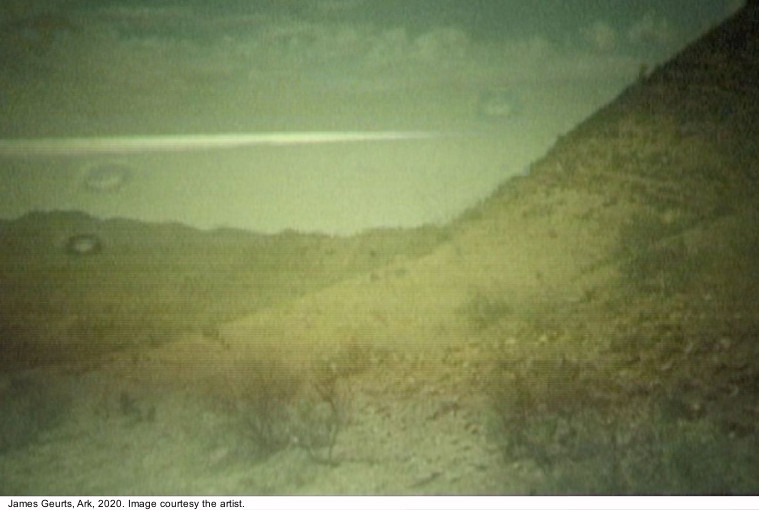 In Trajectories II: Prebiotica (2019) Geurts presents the traces of a durational experiment with the oldest material known to exist on Earth, taken from a meteorite that landed in Australia in 1969. The work, developed at CSIRO Advanced Manufacturing through an ANAT Synapse residency, reflects on the threshold at which the chemical becomes biological, and life emerges.

Lucy Bleach’s Sampling (the slow seismogenic zone) (2020) features sound recordings of a phenomenon known as ‘slow earthquakes’, accessed during her residency at a research facility in Japan. The development of technologies that monitor extremely low frequencies enabled scientists to detect the presence of a form of seismic activity that has the potential to either diffuse or trigger more rapid and destructive earthquake events. The installation of the work in the gallery window draws the site and the public into the vibrational field of techno-geological time. 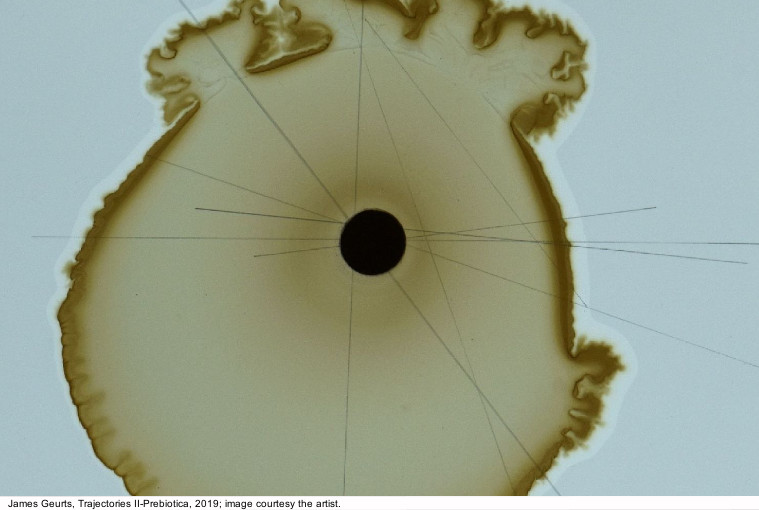 seed in Space/sound in time (2017) by Josh Wodak sonifies the temperature range experienced by three seeds of the critically-endangered, prehistoric Australian Wollemi Pine during the year-long NASA Seeds in Space experiment, in 2008. Samples of the Snowy Tree Cricket, which modifies its pitch and pulse rate according to changes in its ambient temperature, are used as a proxy and raw material for the translation of climate into sound. The three data sets used in the work map the temperatures experienced by: a Wollemi control sample seed in Mount Annan seedbank; an experimental seed on its journey to and life aboard the International Space Station; an uncollected seed still lying in the solitary gully in which the species survives, in Wollemi National Park. 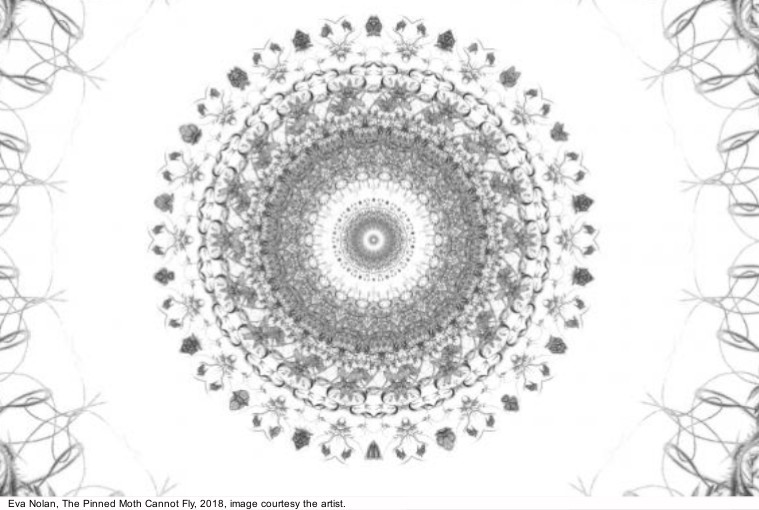 In The Pinned Moth Cannot Fly (2018), Eva Nolan uproots the hierarchy of the system of taxonomy developed in the 18th century by the botanist Carl Linnaeus. Nolan creates a speculative and biodiverse ecosystem by digitally fracturing, blending and stitching together high-resolution scans of her graphite drawings. The resulting animated forms depart from the standard, modern view of evolutionary time, and challenge the implication of colonial-originating taxonomies in our perception of the interrelationships between living things.