“The Florence Experiment”: a project to explore the relationship between plants and humans

Connecting internal and external spaces of the famed Renaissance palace, The Florence Experiment comprises two experiences – monumental, intertwined slides will spiral visitors down a height of twenty meters, and a “live” analysis of the impact of human emotion on plant growth.

The project has been designed to further our understanding of ecology – not only as respect for nature, but as the awareness of empathy between man and his botanical environment. Some of the visitors will be handed a plant to accompany them as they slide down from the loggiato to the Palazzo Strozzi’s courtyard. 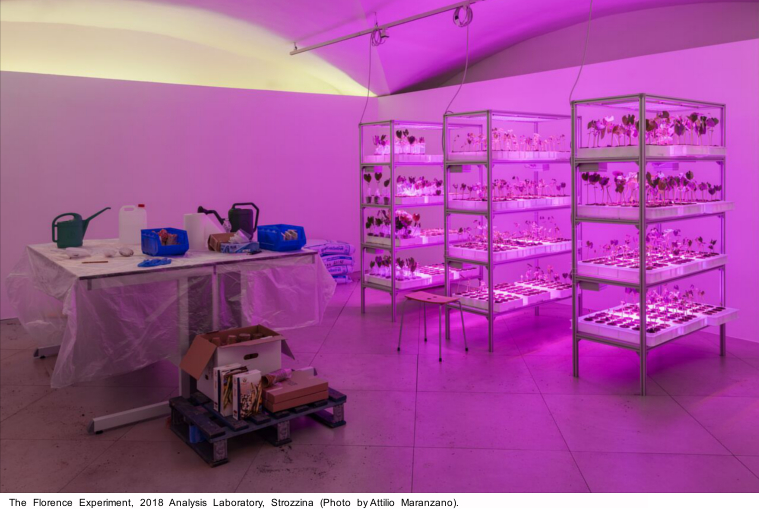 To exit, the visitor will then pass into a laboratory where scientists will measure their plant’s photosynthetic parameters and volatile molecules, as triggered by the emotions experienced in the descending visitor, and picked up by their plant. Located in the basement of Palazzo Strozzi, the laboratory will also house special cinema theatres, one screening scenes from famous comedies, the other excerpts from renowned horror films.

The audiences’ contrasting reactions will produce different volatile chemical compounds, which will travel through a system of pipes and tubes to the façade of the Palazzo. Outside, the impact of these compounds and their effect on the growth of Wisteria plant vines, arranged to climb up a series of wires in the form of ‘Y’s’, will become increasingly apparent over the summer months.

The impact of the public’s fear or amusement is expected to visibly influence the direction in which the plants grow, thus creating a plant graph illustrating the interaction between human emotions and plant behavior. 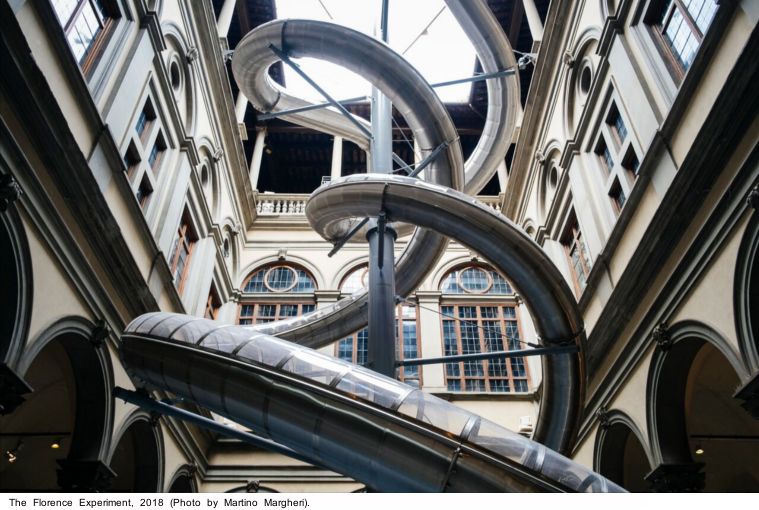 Höller has worked as an entomologist before becoming an artist and holds a PhD in Phytopathology. Expanding on his increasingly interactive practice, this unique project has been devised with Prof. Dr. Stefano Mancuso, a founder of the study of plant neurobiology – which considers the complexity and intelligence of plants, with the capacity to communicate through the perception and emission of chemical compounds.

The Florence Experiment aims at creating a new awareness of the way in which we see, understand and interact with plant life, turning Palazzo Strozzi’s façade and courtyard into fully-fledged areas of scientific and artistic experimentation with regard, mirroring the Renaissance’s values of the alliance between art and science.

“With this project, so courageous and so special” comments Arturo Galansino, “Palazzo Strozzi will become a site of real contemporary experimentation and reflection, turning an architectural Renaissance masterpiece into a workshop of dialogue between art and science. Cooperation with Carsten Höller, one of the most important artists on the international scene, and with Stefano Mancuso, a Florentine scientist known worldwide for his work on plant neurobiology, offers us a spectacular opportunity to further Palazzo Strozzi’s calling as a multidisciplinary space seeking to find ever new routes to involve and interacting with our visitors”. 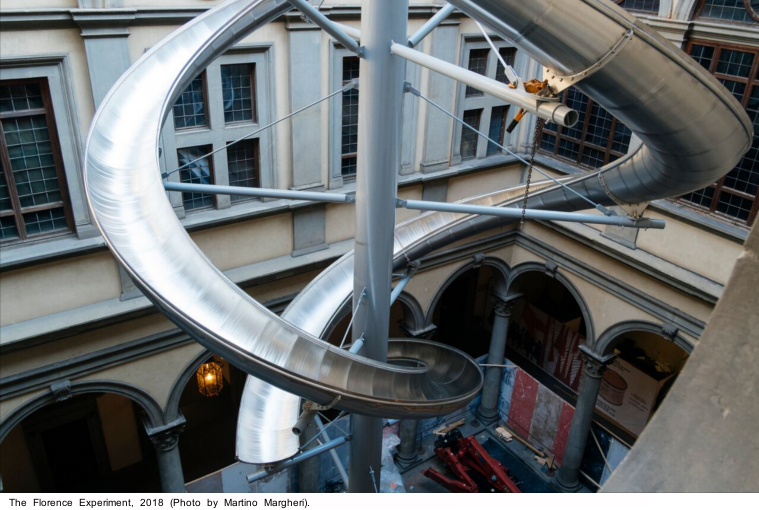 Established in July 2006, the Fondazione Palazzo Strozzi is an independent public-private foundation who delivers a consistent high-quality programme of modern and contemporary art exhibitions in its landmark Renaissance building, the Palazzo Strozzi. The Foundation has marked a significant break in the way cultural institutions have been run in Italy, establishing itself as a leading art venue in Italy and Europe.